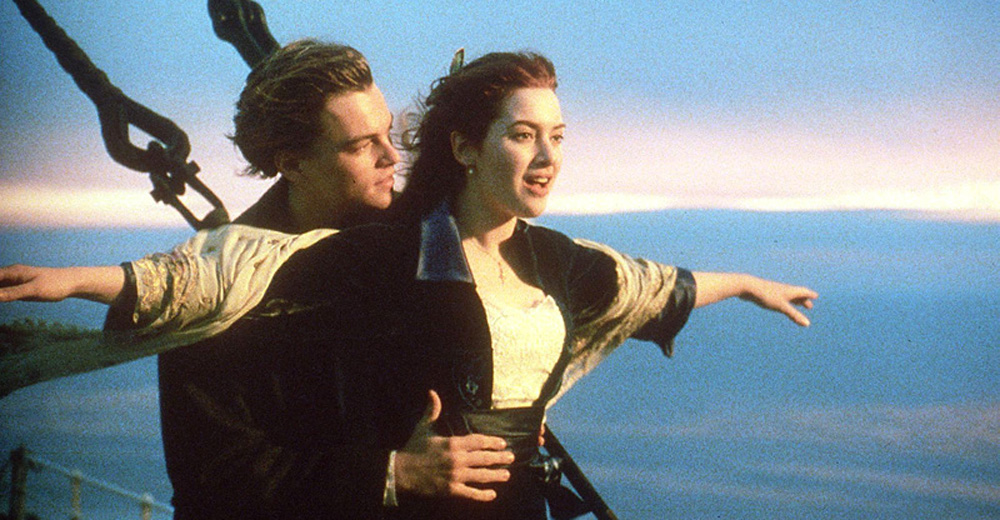 It’s official. I’m not sure what took me so long to make the connection, but I’ve come to realize that the beginning of the month officially marks a huge upload of hundreds of new titles to Netflix. This month ranks among the best, especially for 90’s flicks, including favorites like “Titanic” and “Braveheart.” Keep streaming and enjoy.

Is Will Smith the greatest entertainer of our time? I mean, c’mon, the guy acts, he jokes, he raps (in a very mother-approved way, too!). Is there really any competition? Justin Timberlake? Miley? I don’t know. Anyway, there’s no question that Muhammed Ali is the greatest boxer of all time, and that’s exactly who Smith portrays in this flick. If you’re hungry for more boxing flicks, the entire “Rocky” collection is now on Netflix as well.

Remember when Mel Gibson was only maniac on screen? Those days are long gone, but 1995’s “Braveheart” may have been this hunk’s most iconic role, playing a medieval Scottish hardass.

Check this one off your list of movie that your dad really wants you to see. Jack Nicholson stars in this Polanski film as an ex-cop-turned-private eye who is hired by Faye Dunaway to trail her husband.

Remember the days of “Saturday Night Live” when the writing was good and the cast was even better? A skit from those days called “Coneheads” became quite popular, and in the ’90s they made a pretty okay film about it too. Lets get real though, anything that stars Dan Aykroyd is probably worth a belly laugh or two.

The Dustin Hoffman movie that produced the Simon & Garfunkel hit “Mrs. Robinson” as well as the false hopes that any young man has a chance with an older woman. Dustin Hoffman gets put in a pretty sticky situation in this classic, but one that, when put into perspective, is also a pretty awesome situation to be stuck in as well.

There’s no crying in baseball, unless you watched the Sox Opening Day yesterday, oh my lord, tissues anyone? During WWII, women formed a baseball league and of all the people they could have picked for a team, they went with Madonna.

1997 was the year of Leo. Seriously, so many people around me were so obsessed with Leonardo DiCaprio that I started to get confused as to why I wasn’t. It was all due to some low-budget film called “Titanic” that didn’t win any awards and nobody remembers.

With a new Muppets movie out now, make sure you are up to date on your history. This one probably ranks second to “The Muppet Movie,” with “The Great Muppet Caper” coming in at a close third. The Muppets have aged well over time though. When are we going to see a Fraggles movie?

Golden Globe and Emmy nominee Benjamin Wallfisch is the composer responsible for the score of the hit movie IT. I talked to Ben about his approach to scoring the new version of this iconic story and his thoughts on film and music overall. Some very insightful commentary; listen in. END_OF_DOCUMENT_TOKEN_TO_BE_REPLACED

Rupert Gregson-Williams is an award-winning film composer. He just so happened to compose the score for this summer’s big blockbuster Wonder Woman. We talked about his beginnings in film scoring, film scores that move and inspire him and, of course, Wonder Woman. END_OF_DOCUMENT_TOKEN_TO_BE_REPLACED

Jeff Rapsis is a New England-based composer and performer. Lately, he’s been creating live musical scores for silent film screenings. I talked to him about his process and a few of his upcoming performances at The Capitol Theatre in Arlington and the Somerville Theatre. You can keep track of where else Jeff is scoring silent films here. END_OF_DOCUMENT_TOKEN_TO_BE_REPLACED

Planning on seeing Rogue One: A Star Wars Story when it opens this weekend? I joined Adam 12 to give you an idea of what to expect. But don’t worry, I didn’t give anything away. END_OF_DOCUMENT_TOKEN_TO_BE_REPLACED

No, not from afar, from the comfort of her couch. From the actual awards themselves. That’s where Meredith Goldstein was for the Oscars. She shared all the juicy, first-hand details with me. END_OF_DOCUMENT_TOKEN_TO_BE_REPLACED

To celebrate the opening of ‘The Force Awakens,’ I had some very special guests in studio to start the Thursday, December 17 edition of The Brink. Listen. END_OF_DOCUMENT_TOKEN_TO_BE_REPLACED

Watching the new Star Wars trailer a million times gave us all sorts of feels. And one of those feels was nostalgia. END_OF_DOCUMENT_TOKEN_TO_BE_REPLACED

END_OF_DOCUMENT_TOKEN_TO_BE_REPLACED

If you’ve finally finished crying over Inside Out — or Lava, the short that ran before it — Pixar is readying another assault on your tear ducts with The Good Dinosaur, if its newly released trailer is any indication. END_OF_DOCUMENT_TOKEN_TO_BE_REPLACED