This Year’s Oscars Were the Little League of Award Shows 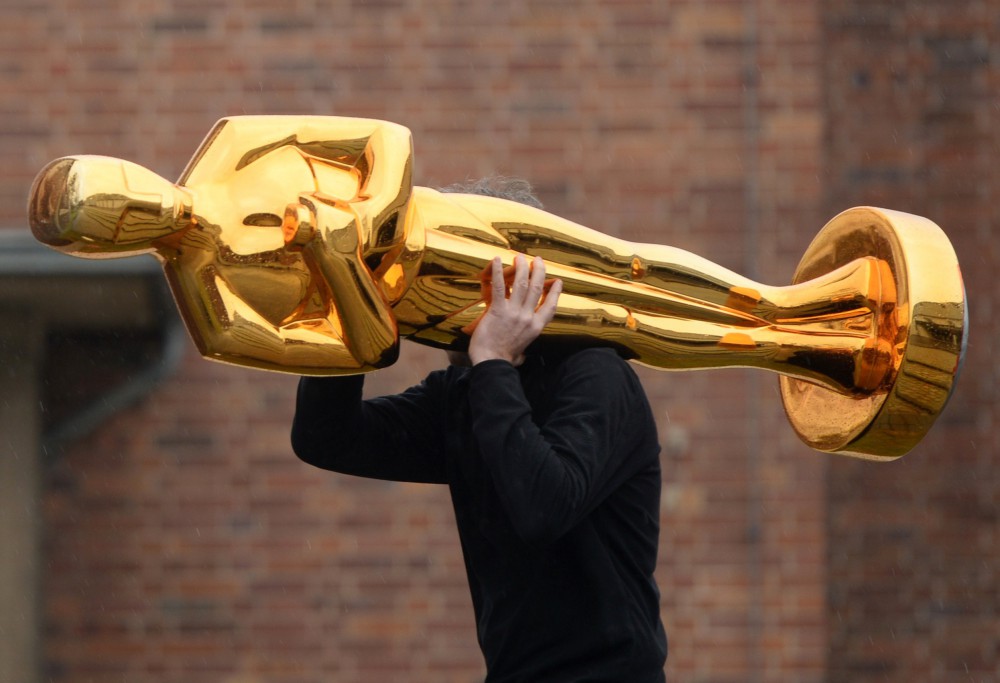 Every best picture nominee won at least one Oscar at last night’s award show. With eight films nominated, that’s a lot of love to spread around. Were this year’s Oscars the little-league version of an award show, where everyone gets a prize just for showing up?

There are usually patterns in play for Oscar wins: the film to nab the Golden Globe sprints ahead as the best chance for the Oscar; the best picture winner should also be in the running for best editing; and at least one film goes home empty handed – though this year, at least there were Lego-Oscars to fill the statue-shaped hole in their hearts.

But that didn’t happen. Every picture got an award in some category, and though some didn’t think certain wins were fair, this is the first year that’s happened since 2008, when only five films were up for best picture, Vanity Fair reports. The Golden Globes gave Richard Linklater best director and his film Boyhood best drama, as well as How To Train Your Dragon 2 best animated feature, sentiments that were not echoed by the academy.

Vanity Fair’s Katy Rich wrote that, though “the Oscars are rarely completely right or even fair to all the films it selects…this year, more than most others, a lot of people got to go home with prizes – truer to the spirit of celebrating movies, and more fun to watch, to boot.”

It may seem that there’s a bit of please-everyone/participation-awards mentality happening, but this year did give us a lot of great movies. All the mom-and-pop-love may have been more than you would see at a little league game, though, where the high-stakes to win can actually encourage bad parenting (as well as intense shame when your dad starts a fight in the bleachers). But there were a lot of proud parents at the Oscars, and on a night when jokes fell flat, it’s nice to have that heart-warming camaraderie.

Golden Globe and Emmy nominee Benjamin Wallfisch is the composer responsible for the score of the hit movie IT. I talked to Ben about his approach to scoring the new version of this iconic story and his thoughts on film and music overall. Some very insightful commentary; listen in. END_OF_DOCUMENT_TOKEN_TO_BE_REPLACED

Rupert Gregson-Williams is an award-winning film composer. He just so happened to compose the score for this summer’s big blockbuster Wonder Woman. We talked about his beginnings in film scoring, film scores that move and inspire him and, of course, Wonder Woman. END_OF_DOCUMENT_TOKEN_TO_BE_REPLACED

Jeff Rapsis is a New England-based composer and performer. Lately, he’s been creating live musical scores for silent film screenings. I talked to him about his process and a few of his upcoming performances at The Capitol Theatre in Arlington and the Somerville Theatre. You can keep track of where else Jeff is scoring silent films here. END_OF_DOCUMENT_TOKEN_TO_BE_REPLACED

Planning on seeing Rogue One: A Star Wars Story when it opens this weekend? I joined Adam 12 to give you an idea of what to expect. But don’t worry, I didn’t give anything away. END_OF_DOCUMENT_TOKEN_TO_BE_REPLACED

No, not from afar, from the comfort of her couch. From the actual awards themselves. That’s where Meredith Goldstein was for the Oscars. She shared all the juicy, first-hand details with me. END_OF_DOCUMENT_TOKEN_TO_BE_REPLACED

To celebrate the opening of ‘The Force Awakens,’ I had some very special guests in studio to start the Thursday, December 17 edition of The Brink. Listen. END_OF_DOCUMENT_TOKEN_TO_BE_REPLACED

Watching the new Star Wars trailer a million times gave us all sorts of feels. And one of those feels was nostalgia. END_OF_DOCUMENT_TOKEN_TO_BE_REPLACED

END_OF_DOCUMENT_TOKEN_TO_BE_REPLACED

If you’ve finally finished crying over Inside Out — or Lava, the short that ran before it — Pixar is readying another assault on your tear ducts with The Good Dinosaur, if its newly released trailer is any indication. END_OF_DOCUMENT_TOKEN_TO_BE_REPLACED