This woman is terrifying herself for 100 days straight. On purpose. 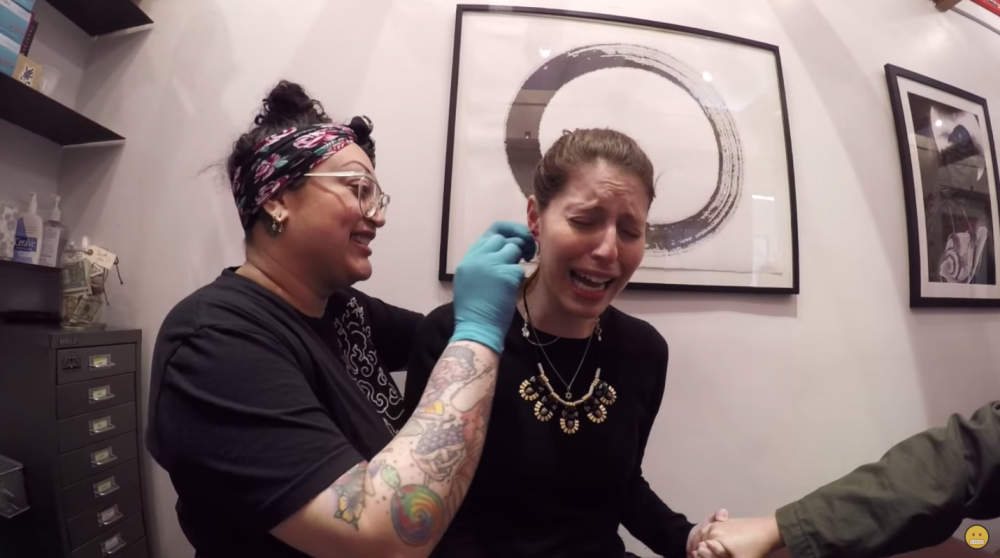 From self-help books to Prozac, there are million-dollar industries devoted solely to keeping us as calm, cool and sedated as possible. None of these interest one woman who has vowed to do something that scares her for 100 days straight.

This is Michelle Poler, and she’s spent most of life living in fear:

It worked pretty well—goals were achieved and things went as planned.

But all that changed as soon as Poler decided to embark on “100 Days Without Fear.” With 73 days down and 27 to go, Poler is on her way to reaching her goal.

“It is actually part of my class, ‘A Brand Called You,’ taught at the School of Visual Arts in New York as part of my master’s in branding,” Poler told BDCwire. “We all had to come up with a 100-day project, and I decided to face one fear a day for 100 days. I decided to do fear because I realized it was impossible to enjoy New York to the fullest limiting my life in every aspect.”

With a GoPro in tow, the Venezuela native is documenting each cortisol-stimulating moment on her YouTube channel as she gets closer and closer to facing 100 of her greatest fears. A blog post on her website accompanies each overcome fear, along with an emoji-meter gauging just how terrified Poler was before, during and after the experience.

Some fears have warranted more terrified emojis than others.

“Skydiving,” Poler said. “I was going to leave that for the big finale, but I couldn’t keep looking at it on my list so I just did it on day 65.”

“On day 68, I did trapeze, which was even more scary than skydiving, surprisingly.”

Suffered through a Brazilian wax:

Dined on some crickets (with a nice pinot grigio, obviously):

And—gulp—made her way around New York City in nothing but her bikini:

Funny enough, participating in this challenge has developed a new fear for Poler, one that she can’t solve via the project: “Going forward, I’m just scared of finishing the project and not being able to reach as many people as I think this project should reach,” she says. “Inspiring people has been the best thing that has ever happened to me, and I want to make sure I inspire as many people as I possibly can so we can build a fearless community.”

Graduating with her master’s next week, what fear will Poler face on day 101? Finding a job.