This weekend in Netflix: The best and worst of new instant stream releases 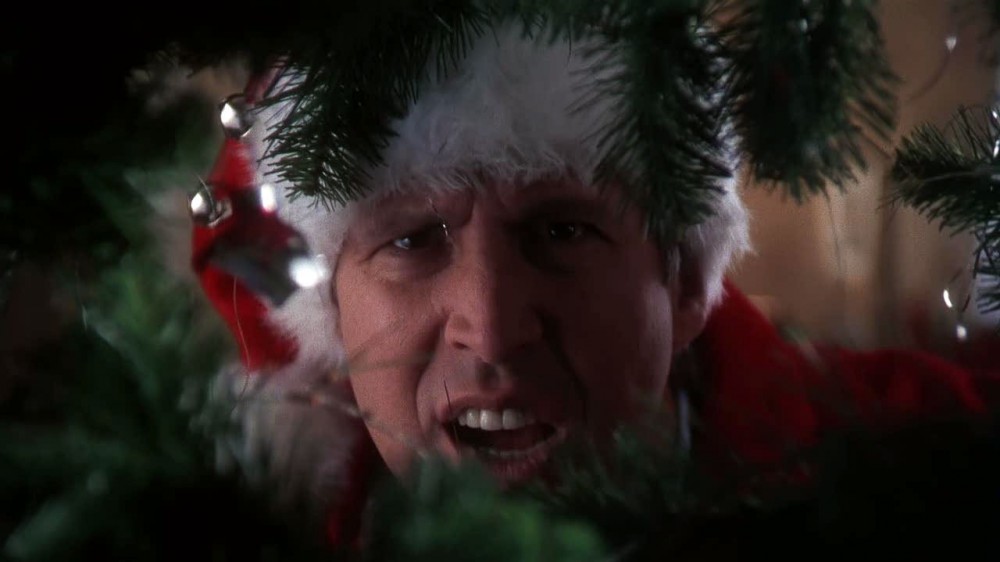 We’re all guilty of lying hungover on the couch all day Sunday, putting the phone on silent, closing the blinds, exerting energy only to put a frozen pizza in the oven, and putting on movie after movie after TV show on Netflix instant stream. Do you ever feel as though there’s no method to your movie selection madness though? An hour later and you’re still searching for something that isn’t a low budget sequel to a ‘90s movie? We’ve got you covered. Every week, Netflix adds new material to its digital library, some good, some really bad. Here are some options for both, because sometimes a bad movie is the best move.

The “Parks & Recreation” actor/comedian returns with another standup special for those who are growing tired of quoting his Kanye bit. This time, the funnyman bears down to focus on love, marriage, and pending adulthood. Fear not: he still finds ways to make it all seem ridiculous.

The 1987 classic presents a peek into the TV news industry and a love story of two of the dysfunctional workaholics that work in it. It’s quotable, sarcastic, and vintage in the best way possible.

John Cusack stars in this classic romcom that was so good that an indie band named themselves after it. An army brat woos a high school valedictorian and the rest is history. It’s a great date movie too, if you were too lame to take your special someone out.

One of the best of a brilliant comedy series, “Christmas Vacation” is both an ‘80s classic and a timeless holiday film. Clark Griswold and family are good for more than a few laughs but it’s Randy Quaid as Cousin Eddie that truly seals the deal.

Very similar to “Christmas Vacation.” This classic flick stars John Candy as a nice guy family man whose patience is tested by his idiot brother-in-law played by Dan Aykroyd. Mishap humor at its finest when those two are in the leading roles.

This early ‘90s adaptation of an old TV show certainly wasn’t an Oscar contender, but it was good enough to hold up over time and timeless enough to rediscover. The humorously macabre family film is a bit of a cult favorite but translates to any audience that needs to not take themselves so seriously.

One of the biggest dramas to hit cable the past few years, “Dexter” is now streaming seasons 1 through 4 on the ‘flix. TV series on instant stream can be a dangerous thing, though. First, you’re curious about a pilot. Next thing you know, it’s been 12 hours and you haven’t left the couch. This might be one of those.

This TV movie was something of a sensation this past summer, if for no reason but how entertainingly horrible it is. Tara Reid delivers the best performance in this Syfy monster thriller — and that says something.

An African prince rises from his coffin 200 years later to terrorize the Watts district of Los Angeles. I’m not sure if this is racist or not, but I also don’t think I’m the one to judge.

Eddie Murphy was on fire in the ‘80s, but one of his films that remained lukewarm was “Best Defense.” Perhaps it was was the lack of synergy between he and the lead role played by British comedian Dudley Moore or maybe it was just because it wasn’t really that funny at all.

Golden Globe and Emmy nominee Benjamin Wallfisch is the composer responsible for the score of the hit movie IT. I talked to Ben about his approach to scoring the new version of this iconic story and his thoughts on film and music overall. Some very insightful commentary; listen in. END_OF_DOCUMENT_TOKEN_TO_BE_REPLACED

Rupert Gregson-Williams is an award-winning film composer. He just so happened to compose the score for this summer’s big blockbuster Wonder Woman. We talked about his beginnings in film scoring, film scores that move and inspire him and, of course, Wonder Woman. END_OF_DOCUMENT_TOKEN_TO_BE_REPLACED

Jeff Rapsis is a New England-based composer and performer. Lately, he’s been creating live musical scores for silent film screenings. I talked to him about his process and a few of his upcoming performances at The Capitol Theatre in Arlington and the Somerville Theatre. You can keep track of where else Jeff is scoring silent films here. END_OF_DOCUMENT_TOKEN_TO_BE_REPLACED

Planning on seeing Rogue One: A Star Wars Story when it opens this weekend? I joined Adam 12 to give you an idea of what to expect. But don’t worry, I didn’t give anything away. END_OF_DOCUMENT_TOKEN_TO_BE_REPLACED

No, not from afar, from the comfort of her couch. From the actual awards themselves. That’s where Meredith Goldstein was for the Oscars. She shared all the juicy, first-hand details with me. END_OF_DOCUMENT_TOKEN_TO_BE_REPLACED

To celebrate the opening of ‘The Force Awakens,’ I had some very special guests in studio to start the Thursday, December 17 edition of The Brink. Listen. END_OF_DOCUMENT_TOKEN_TO_BE_REPLACED

Watching the new Star Wars trailer a million times gave us all sorts of feels. And one of those feels was nostalgia. END_OF_DOCUMENT_TOKEN_TO_BE_REPLACED

END_OF_DOCUMENT_TOKEN_TO_BE_REPLACED

If you’ve finally finished crying over Inside Out — or Lava, the short that ran before it — Pixar is readying another assault on your tear ducts with The Good Dinosaur, if its newly released trailer is any indication. END_OF_DOCUMENT_TOKEN_TO_BE_REPLACED