This Video Has us Worried About ’50 Shades of Grey’ 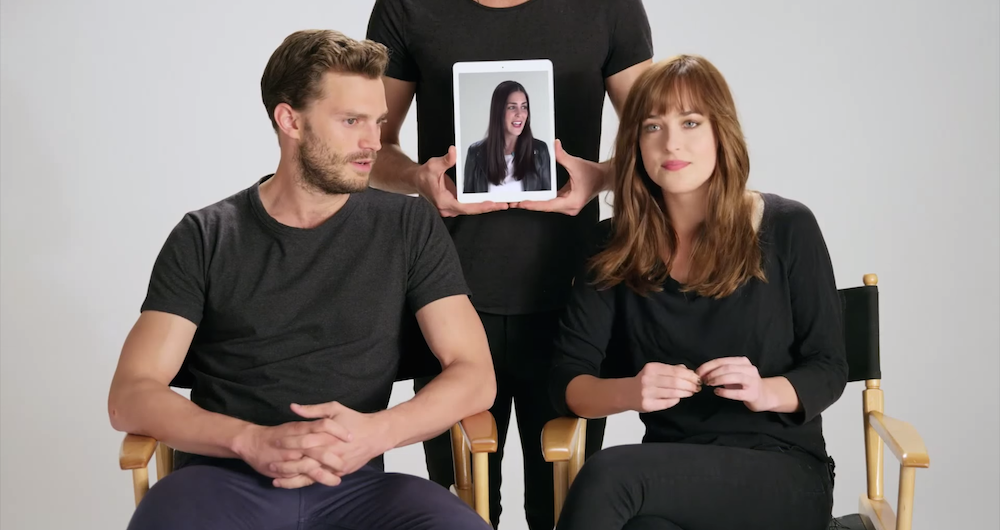 Ever seen two spiteful lovers with the charisma of stale loaves of bread engage in some light bondage? If not, don’t fret — 50 Shades of Grey comes out next Friday!

Dakota Johnson and Jamie Dornan have, if their 50 Shades press tour is any indication, less chemistry than Mark Wahlberg and whatever sits in place of Ted when they film those crimes of nature, less chemistry than Lindsay Lohan and herself in The Parent Trap, less chemistry than Keanu Reaves and anyone, ever because he’s not a good actor. They don’t like each other, and it shows in this new video released to promote their Glamour cover this month.

Granted, the video is uncomfortable by nature – whose idea was it to have readers submit uncomfortable iPad videos that an unnamed third party would hold between the actors? – but their flat, tired answers are emblematic of every gritted-teeth appearance they’ve made together thus far. If it weren’t for their tense facial expressions, viewers might think the two have been green screened into the movie together and haven’t actually met.

When asked to describe his costar in three words, Dornan says, “Funny. Talented. Caring,” as if there are forty guns pointed at his head. 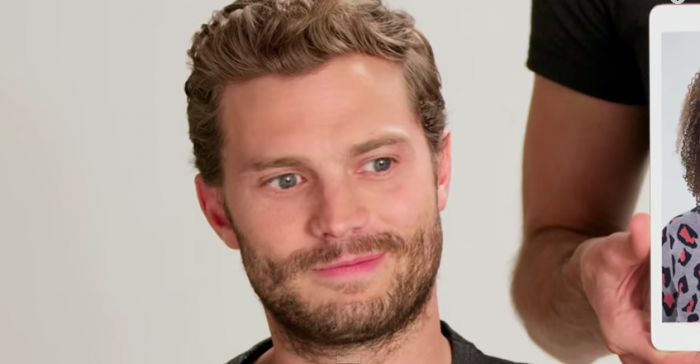 How would Johnson describe Dornan in one word? “Superb.” 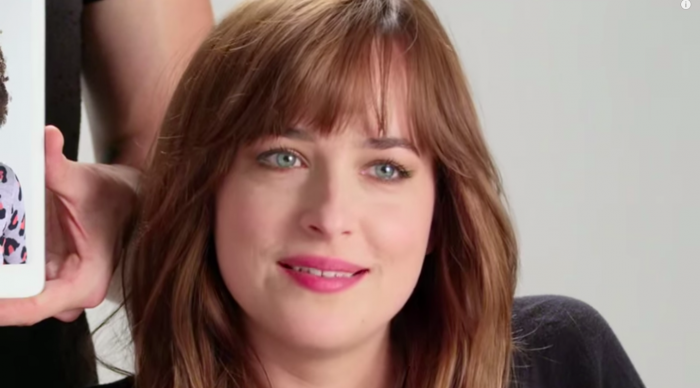 The whole affair is vaguely reminiscent of Robert Pattinson’s attitude toward the later Twilight films but, come on guys – you’ve got two more Shades movies to go.

And, the final question: “Who did you call when you got the part?” Both actors say nobody. Dornan says he went to sleep. 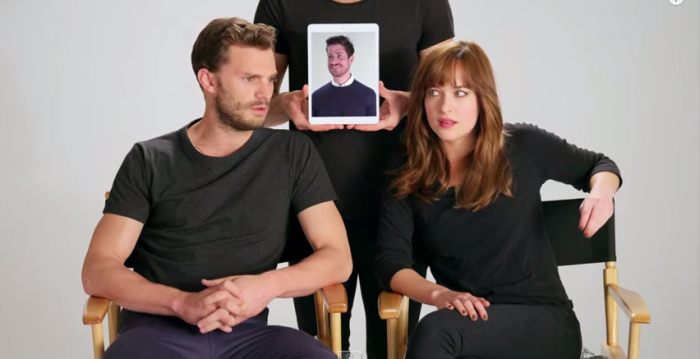 Must be hard having to pretend to like someone for money. Then again, the original star left because of his preposterously low salary, so maybe they would have pretend a little harder if they got paid like the blockbuster stars they are.

Golden Globe and Emmy nominee Benjamin Wallfisch is the composer responsible for the score of the hit movie IT. I talked to Ben about his approach to scoring the new version of this iconic story and his thoughts on film and music overall. Some very insightful commentary; listen in. END_OF_DOCUMENT_TOKEN_TO_BE_REPLACED

Rupert Gregson-Williams is an award-winning film composer. He just so happened to compose the score for this summer’s big blockbuster Wonder Woman. We talked about his beginnings in film scoring, film scores that move and inspire him and, of course, Wonder Woman. END_OF_DOCUMENT_TOKEN_TO_BE_REPLACED

Jeff Rapsis is a New England-based composer and performer. Lately, he’s been creating live musical scores for silent film screenings. I talked to him about his process and a few of his upcoming performances at The Capitol Theatre in Arlington and the Somerville Theatre. You can keep track of where else Jeff is scoring silent films here. END_OF_DOCUMENT_TOKEN_TO_BE_REPLACED

Planning on seeing Rogue One: A Star Wars Story when it opens this weekend? I joined Adam 12 to give you an idea of what to expect. But don’t worry, I didn’t give anything away. END_OF_DOCUMENT_TOKEN_TO_BE_REPLACED

No, not from afar, from the comfort of her couch. From the actual awards themselves. That’s where Meredith Goldstein was for the Oscars. She shared all the juicy, first-hand details with me. END_OF_DOCUMENT_TOKEN_TO_BE_REPLACED

To celebrate the opening of ‘The Force Awakens,’ I had some very special guests in studio to start the Thursday, December 17 edition of The Brink. Listen. END_OF_DOCUMENT_TOKEN_TO_BE_REPLACED

Watching the new Star Wars trailer a million times gave us all sorts of feels. And one of those feels was nostalgia. END_OF_DOCUMENT_TOKEN_TO_BE_REPLACED

END_OF_DOCUMENT_TOKEN_TO_BE_REPLACED

If you’ve finally finished crying over Inside Out — or Lava, the short that ran before it — Pixar is readying another assault on your tear ducts with The Good Dinosaur, if its newly released trailer is any indication. END_OF_DOCUMENT_TOKEN_TO_BE_REPLACED