This teenage girl group was told to be more ‘sultry.’ So they took to Facebook to talk about it. 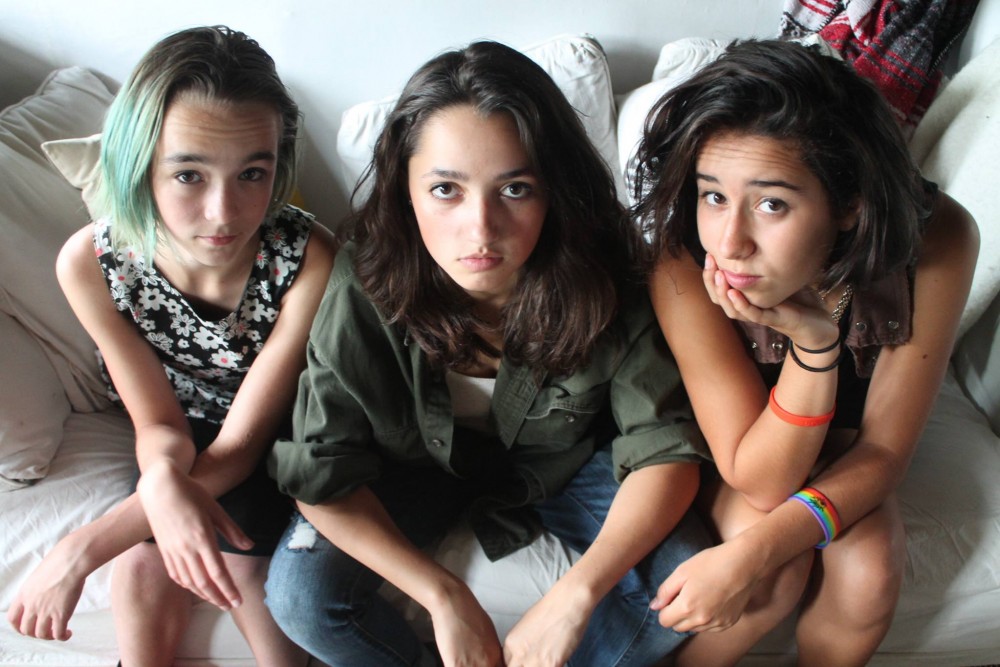 The Massachusetts-based girl group Kalliope Jones is just starting out in the music industry and they’ve already been fed a dose of creepy sexism.

After performing at a Battle of the Bands at Northampton’s Three County Fair on September 6, the three girls–who are all between the ages of 14 and 16 years old–were encouraged to be more “sultry.”

In a post from the band’s official Facebook page, member Alouette Batteau talked about how the scorecard Kalliope Jones received after their performance emphasized the ‘sultriness’–or, at times, lack thereof–of the performers.

“We received third place, a cash prize and gift certificates,” Batteau wrote. In the comments, we were told to ‘use our sultry to draw in the crowd.’ We ended up losing points for not utilizing this aspect enough.”

“As [band member] Amelia Chalfant said, ‘A woman’s sex appeal, or anyone’s for that matter, should not be the defining factor in their success in the music industry,'” the post continued. “And in addition to that, WE ARE CHILDREN! WE ARE 14-16 YEARS OLD.”

Apparently, the girls were told that they were misinterpreting the word ‘sultry,’ that it was meant to be synonymous with ‘soulful’, and that the judges didn’t understand why the girls saw an issue with it.

And when the trio went on to ask if the same comments were given to boy bands and male performers, the judges insisted that “It is a completely different thing.”

But, as Batteau said in her post, it isn’t a different thing at all: “This conspicuous act of sexist and stereotypical thinking was deplorable and pathetic.”

According to Masslive, the official scorecard read as follows:

One of the judges–whose names have not been released–added an extra bonus point because “Chicks rock.” Batteau’s mother, Katie Hennessey, weighed in on the comment.

Katryna Nields, who Masslive identifies as Chafant’s mother, also participated in the online discussion of the Battle of the Bands. She said that there were two female judges and one male judge, and that comments about the girls’ sex appeal were made by all three members of the board.

“2 women 1 man,” she said in a comment on the original post. “I really don’t think the women thought it was bad to say that to the girls. It was weird when we confronted them. I just kept saying, ‘they are 14!'”

James Ryan, the president of the fair’s board of directors, said that the judging teenage musicians based on their sex appeal is “completely unacceptable,” Masslive reports.

“I have two daughters and a son of my own, and wouldn’t want to have anything like that happen to them,” Ryan said, according to Masslive.

The band wrote a follow-up post on September 7, clarifying that they did not “want to be demonizing or offending the judges, sponsors, or fair organizers by making this announcement,” and that they were not exaggerating what happened. They just wanted to bring attention to it.

“We are just starting out in the music business. This is actually the first time we have encountered any of the stereotypical objectifying sexualization of women that is so common,” the post, written by Batteau, reads.

“We wish to be judged solely on our musicality, and not on our appearance or sexual appeal,” Batteau continued. “We understand that the judges may not have even realized that what they said was sexist; it’s just what many define the music industry as these days. Our goal is to educate people who think this, and change the paradigm.”