This ‘Regulate’ Performance Reminds Us Why We Love Kenny G 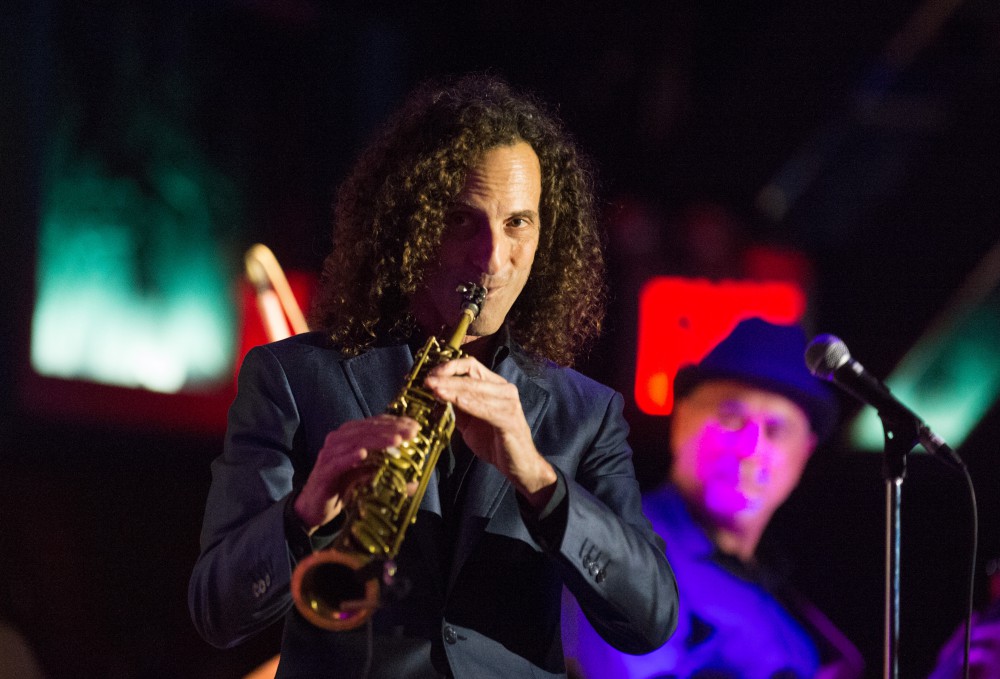 Last night, saxophonist Kenny G and rapper Warren G performed “Regulate” on Jimmy Kimmel and brought viewers more than the delight of the letter G – it brought a blessed figure back to the public eye.

It takes a bold man to build a career on something that no one ever asks for, and that thing is an extended saxophone solo. Even the sax section of “Careless Whisper” needs to give way to lyrics sooner or later, but Kenny G casually refuses what’s expected in popular music. He is going to play the sax, it will usually be a soprano sax, he will continue to get perms, and it is this type of blind confidence that nations are built upon.

Kenny G was Barry White’s saxophonist when he was still a teenager.
After failing to get into his high school’s jazz band on the first try, Kenny Gorelick got his skills in order and ended up working as a sideman for Barry White’s Love Unlimited Orchestra when he was only seventeen. That takes some serious skills, and likely means that Gorelick’s only job ever has been to play the saxophone. What does the world look like when your only job is to play the saxophone?

Kenny G got in trouble with the Chinese government.
Like many stars who may not have the extreme relevance in American culture they once did (it’s a crime, KG, truly it is), Kenny G has become an enormous crossover hit in China and Japan. In 2014, Kenny G harmlessly tweeted an image of the Hong Kong protests, an action that got the Chinese government up in arms.

Gorelick was quick to retract the statement: “I don’t really know anything about the situation and my impromptu visit to the site was just part of an innocent walk around Hong Kong … I only wanted to share my wish for peace for Hong Kong and for all of China as I feel close to and care about China very much,” he shared shortly after. 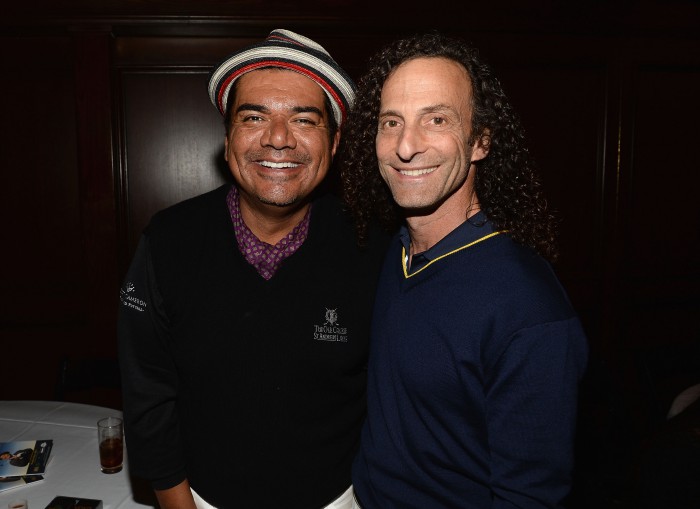 Kenny G played a single saxophone note for forty-five minutes and set a world record.
In 1997, Kenny G made it into the Guinness Book of  World Records for holding a single note on the saxophone for forty-five minutes. This was accomplished using a technique he invented called circular breathing, a technique where the player takes in air through the nose and out through the mouth continuously.

Kenny G has some of the most bizarre music videos you will find.
To say that Kenny G’s music videos have a narrative is a lie – most of them are softly focused shots of the ocean or childhood intercut with shots of KG playing animatedly. He’s here to remind us that sometimes all you need for a music video is a sea plane, a saxophone and a dream. Here’s our favorite, “Don’t Make Me Wait For Love,” which is composed of Kenny G waking up, playing sax shirtless on the beach, and includes hot babes and tour footage for some reason?

Kenny G has that Starbucks money.
KG is originally from Seattle, so it’s no surprise that he had a cup of Starbucks coffee when it was actually cool to do so. He became an early investor in the company, which has no doubt paid for a couple golden saxes since.

Kenny G Amelia Earhardt’d across the United States.
Like many rich ballers, Kenny G has a pilot’s license and he uses it. In a 2013 interview, he detailed flying his sons across the country for no reason other than that he could. 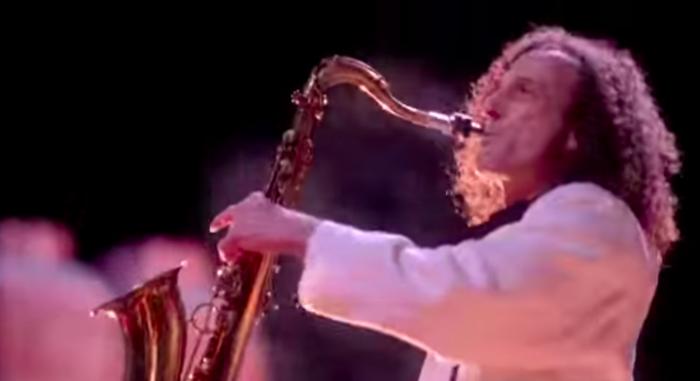 Kenny G has a good sense of humor about himself.
His Kimmel appearance is nowhere near the first time that Kenny G has been open to poking fun at himself – in fact, he’s been doing it for years. He’s appeared in Katy Perry’s “Last Friday Night” music video as Uncle Kenny, starred alongside Betty White in a Snickers commercial, and ended up in a truly hilarious Funny or Die video where he plays Jon Daly’s imaginary friend (best line: “Once you go black, you always play sax, with a black sax.”) 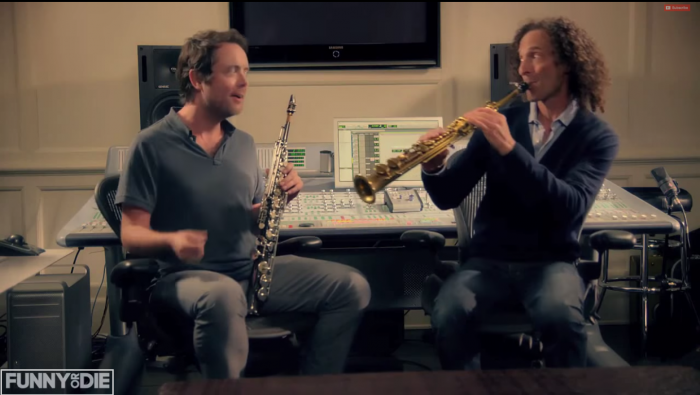 Kenny G is single as hell.
After a twenty-year marriage, Kenny G called it quits with his wife Lyndie in 2012 and is on the scene as a fine, aging, curly-headed dad of three who is good at circular breathing. 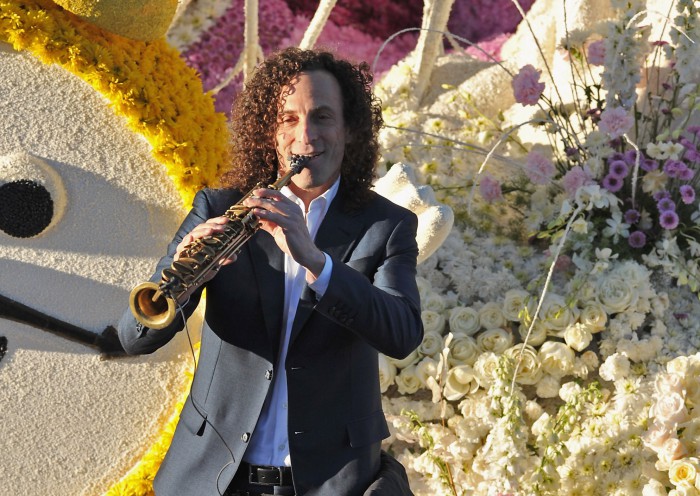 Here’s to you, Kenny G – we love you so much that we’ll even forgive you for that Namaste album that you released.

Enter to win tickets to see Trio Da Kali at The Villa Victoria Center of the Arts (Newton, MA) on April 10th. END_OF_DOCUMENT_TOKEN_TO_BE_REPLACED

END_OF_DOCUMENT_TOKEN_TO_BE_REPLACED

Enter to win tickets to Rhye at The Paradise on February 28th. END_OF_DOCUMENT_TOKEN_TO_BE_REPLACED

Click here to see where we’ll be the rest of the season! END_OF_DOCUMENT_TOKEN_TO_BE_REPLACED

Her new album has been pushed back, but we have Kimbra’s new single for you. END_OF_DOCUMENT_TOKEN_TO_BE_REPLACED

The folk duo returns with a new record this week. END_OF_DOCUMENT_TOKEN_TO_BE_REPLACED

Now that we’re done looking back at 2017, let’s look ahead at 2018. END_OF_DOCUMENT_TOKEN_TO_BE_REPLACED