This ‘Letter from an Angry Graduate’ Is Fake, but We Wrote a Response Anyway 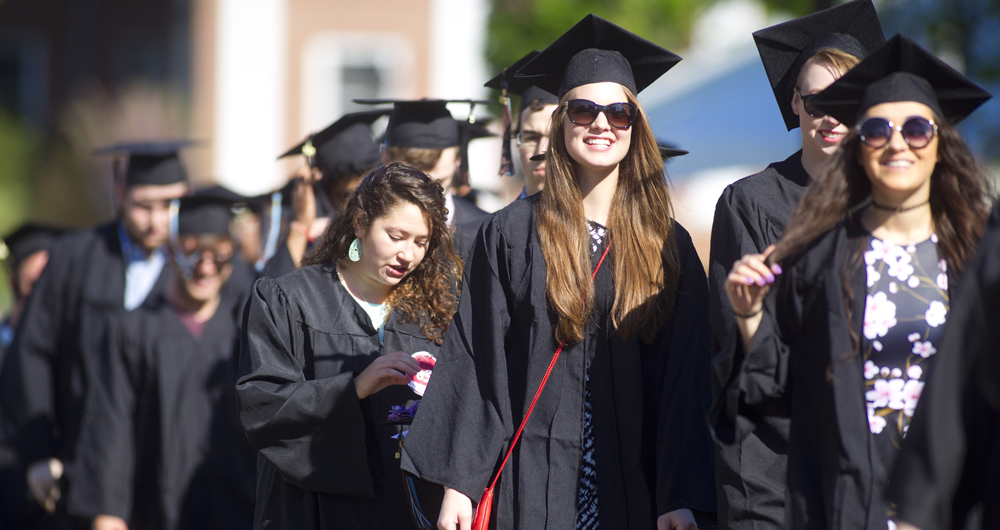 Earlier today, a so-called angry letter from a recent Master’s graduate – clickbaitingly titled “Angry Graduate Just Wrote This Letter To His University. It’s Hard Not To Agree With Him.” – started making the rounds on the Internet. I say “so-called” because it’s obviously a fake, but that didn’t stop indentured Bachelors from polluting my timeline the link, tacking a “YAAS” or some other triumphant mewl onto their post.

The letter, which originates from Tickld, a viral-happy engine of faux-real sharebait, made a few good points despite it’s misleadingly opaque origins, so I though it was only right that the anonymous “Alumnus” got a fair response. 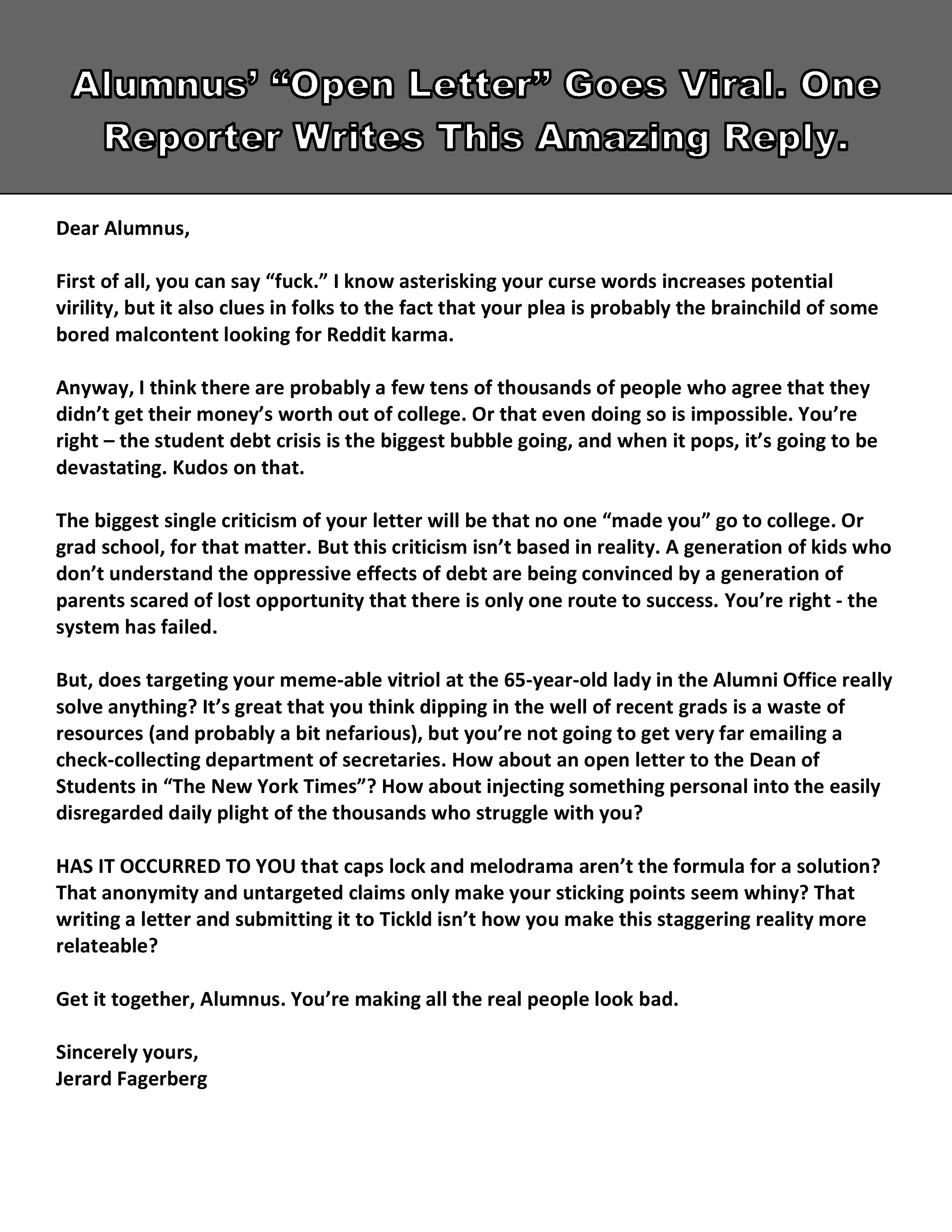