An 11-year-old graduated with three college degrees this week. Next stop: POTUS. 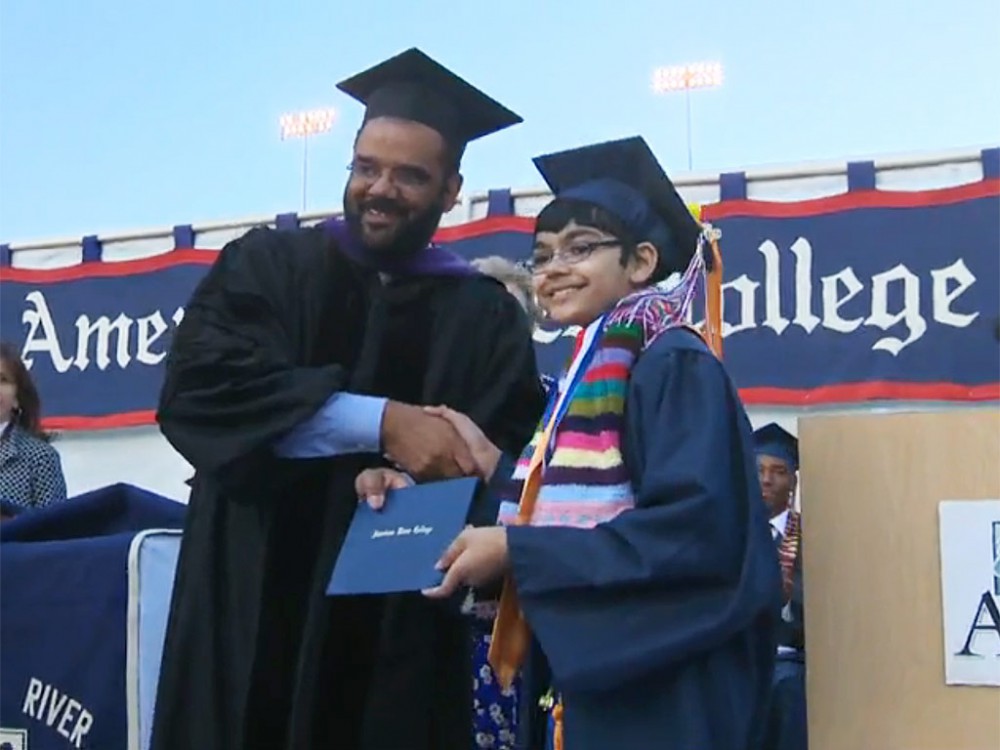 In a virtual flurry of high school and college graduations, one young grad stands head and shoulders below the rest. Tanishq Abraham, an 11-year-old from Sacramento, graduated from American River College with three associate degrees in math, foreign languages and science.

Abraham graduated high school a year ago. At age 10.

According to Tanishq, this is only the beginning.

Abraham plans to get a bachelor’s degree next. It’s a pit stop on his way to becoming President of the United States.

The current POTUS has certainly taken notice of the young Abraham, who became a member of Mensa at the age of four. After becoming one of the youngest high school graduates ever, President Obama sent him a letter of congratulations.

When it comes to the future, Abraham remains humble.

“I like to learn,” he told a FOX affiliate after graduation. “So I just followed my passion of learning, and that’s how I ended up here.”

“We did it as a family, as teamwork,” mother Taji Abraham added. “And I was just cheering, I was just crying there when I saw Tanishq walk down the stage.”