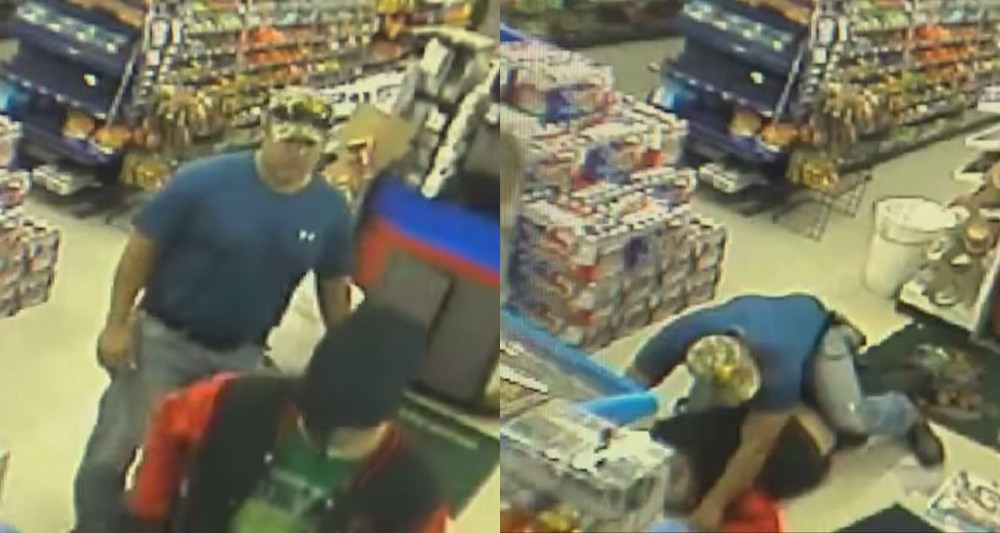 On a recent morning at around 6:15 a.m., Mansfield, Texas firefighter Daniel Gaskey stopped to grab coffee at a local gas station before his shift started. Suddenly, a man in a mask pushed him aside, attempting to rob the store.

“I grew up wrestling, from elementary to high school, and went straight into the Marine Corps, with all the basic combat training that they put you through,” Gaskey told KDAF-TV. “The reaction was instinctive, and everything I did, I like to say it was just muscle memory.”

The would-be thief, Dylan Bearden, surrendered without incident when police arrived, and was charged with aggravated robbery.

Plenty of people have called Gaskey a hero, but he disputes the label.

“I feel like someone who had the ability to do something and did it,” Gaskey told KDAF. “I would like to think that there are many people out there who would have done the same thing if put in that situation.”