Remember back in the day when Al Gore invented the Internet? Even then it seemed like a vast, unknown world of opportunity where you could stumble into uncomfortable chat rooms or surf a total of 4 pages in 15 minutes. It was such undiscovered territory that we needed to be sherpa’d through it with the help of inspiring guides like this recent yard sale purchase, “300 Incredible Things to Do on The Internet,” a captivating guide to the world wide web written in 1997 by Ken Leebow.

Thanks to Amazon, you can still purchase your own copy of this coffee-table gem (for the affordable price of 1 cent), which is a good thing, as the Internet has only morphed into an even scarier place in the past 15 years (they even let people like me on it now). But to get a better taste of what kind of helpful suggestions you can expect, we felt it necessary to grab a few excerpts from this essential piece of literature. 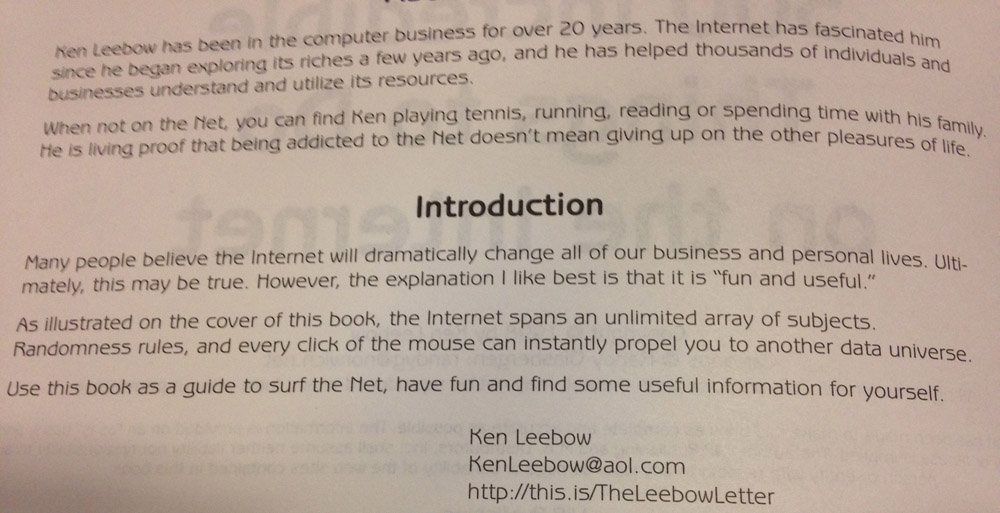 First off: font. This may not be comic sans, but it’s pretty damn close and I’m %100 in support of it.

Secondly, it’s a pretty bold prediction of Mr. Leebow to claim that “the Internet will dramatically change all of our business and personal lives,” but 15 years later, I’d venture to say it holds some truth.

What’s less true is his claim that “being addicted to the Net doesn’t mean giving up on other pleasures of life.” At this point, all of those other pleasures are now on the Internet. The real world has become secondary.

Seems a bit oxymoronic, no? Little did Mr. Leebow know, the Internet would be responsible for ensuring that Wall Street Journal would be one of the rare publications still in print at this point in time.

Mmm, yeah, that’s a great idea. Pay for tickets to a concert, and a whole bunch of money for a “convenience charge,” and a few extra bucks for a “servicing charge,” some dough for shipping fee, and even more money to insure the tickets so if Ticketmaster screws up, you’ll still be able to go to the show. Everyone loves a good Ticketmaster experience!

Y2K was so real that it didn’t even happen. Luckily, this site was around to poison your brain with irrational fear of an apocalypse that Bruce Willis from “Armageddon” wouldn’t have even been able to solve.

Yeah, laugh now Leebow, this shit becomes serious in 17 years. “Vacation” in 2014 means days worth of withdrawal symptoms due to lack of Facebook and Twitter. Does that seem like a laughing matter to you?

RIP Gomez, you probably weren’t as sketchy as this book made you out to be.

Thanks to sites like this, my generation has no appreciation for grammar and people like me are allowed to write on the Internet!!!

Just when this book couldn’t get more ’90s, we drag Beanie Babies into the equation.

Want to know how much your limited-edition Princess Diana bear is worth with the tags still on? Head on over to ty.com, maybe you can put together a package deal on ebay with your Tamagotchis and Street Sharks. 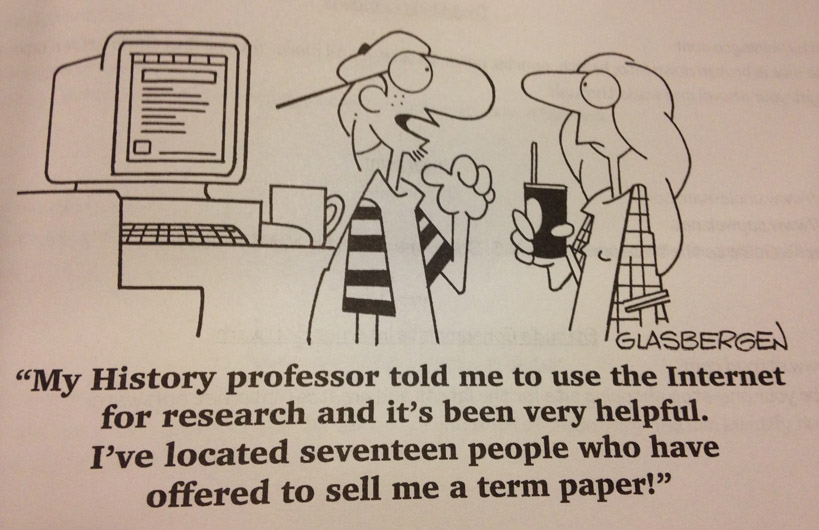 Another knee-slapper, perhaps foreshadowing the idea that there’s no longer any such thing as original thought thanks to the Internet!

Jeeves was pretty damn quick, and right on target (most of the time). Unfortunately the online butler was outperformed by his more user-friendly sibling Google, which now basically runs the entire world and, in time, will likely own all of our souls.