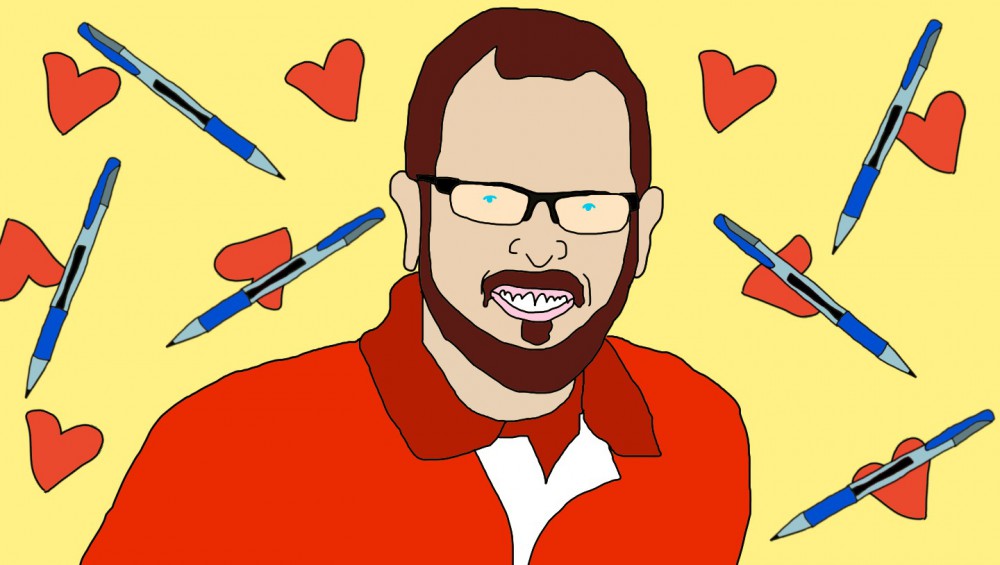 Every so often, an Internet subculture comes to the attention of the mouth-breathing public to general horror. There have been audiences for brogres, the Church of Ned Flanders and ASMRtists, but communities that surface less frequently are equally specific but almost stunningly non-controversial. Yes, friends, there is a vast community for pen aficionados, and we got to email with their king.

When your website’s top story features a compelling lead like “big changes are happening with my Top 5 Pens list,” you’ve entered Brad Dowdy’s territory. The sole proprietor of leading blog The Pen Addict for the past seven years, the office supply aficionado has built his brand and expanded into podcasting and the online marketplace.

It’s tempting low-hanging fruit to write off this entire subculture but I’ll be damned if their king set me straight within the first few words. Brad Dowdy loves pens, and he is not ashamed to tell the world.

Tell me a little about yourself – what do you do for a living?

I’m an IT guy – a unix sys admin, to be more specific. Not exactly a realm where you will find much pen and paper. I work mine in as frequently as possible though. I’d go insane if I was stuck in the digital world all day long.

What first brought you to pens?

This goes way back to when I was a kid, probably since elementary school. My friends and I liked to draw as tiny as possible – airplanes, cities, spaceships, etc. – whatever it was, the smaller the better. In the early ’80s it wasn’t easy to find pens that could accomplish this, but I was lucky to have a grandfather who was an artist in his spare time, so he always took my sister and I on the hunt to find cool new supplies. I’ve been hooked ever since.

What was the general reaction when you began The Pen Addict? How long did it take to build that community? 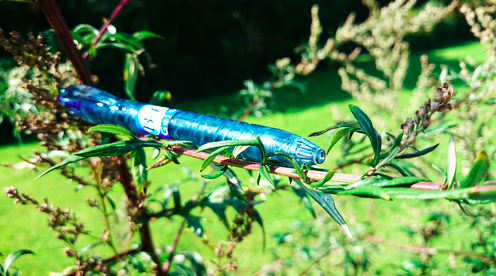 Have you ever received hate mail for the work you’ve done on the blog?

No hate mail that I can really think of. Some vehement disagreements, yes, but the respect usually remains solid on both sides of the fence. We are talking about pens and paper after all, not politics!

What made you decide to establish a podcast? What has the response been?

I was almost drug into it as an afterthought. I never thought it would work to be honest, but my co-host Myke Hurley, who now runs the Relay.FM podcast network was convinced we could deliver something compelling. Creeping up on 150 episodes, I think he was right. The response continues to blow my mind. The community around the blog and the podcast has been nothing short of amazing. I don’t know of another community that is so open and helpful to everyone involved. 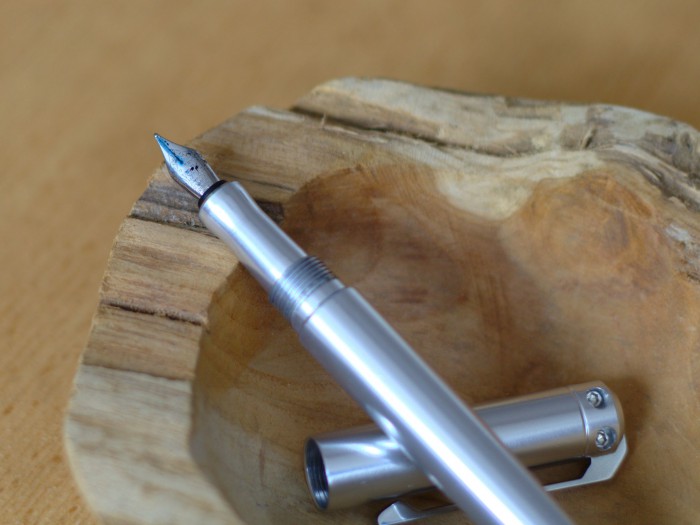 What do you see next for the pen community? Has interest waned as the tech era continues to progress?
I’m biased, but in my little world I see the exact opposite happening. Sure, the large corporations have their struggles with digital creep, but in my realm I have seen countless companies launch and/or thrive in a tough market. Chatter around the products we use has picked up, not just in the pen addict bubble but also in the mainstream. For every “End Of The Pen” article that gets published, there is a new product launched that captivates and pushes analog tools forward. We will continue to see smaller companies thrive because they can provide a better product and experience than the companies seen as the traditional players in this space.

I felt guilty even typing this.

We ate vegan blueberry cake and it was amazing. END_OF_DOCUMENT_TOKEN_TO_BE_REPLACED

Dan Croll is a great musician and an even better person. END_OF_DOCUMENT_TOKEN_TO_BE_REPLACED

We kicked off the weekend with a visit from Sasha Purpura, Executive Director of Food For Free. Sasha was back to promote next month’s Craft for a Cause event, a craft beer festival celebrating the Central Square Cultural District. END_OF_DOCUMENT_TOKEN_TO_BE_REPLACED

Summer is the hungriest time of the year. Millions of kids rely on school meals, but in summer, the meals disappear. HGTV’s Taniya Nayak was in studio this morning to talk about Taste of the Nation this coming Tuesday, June 6, which benefits Share Our Strength’s #NoKidHungry initiative. Click here to get your tickets. END_OF_DOCUMENT_TOKEN_TO_BE_REPLACED

Community Servings provides nutritious meals to individuals and families living with a variety of illnesses. Stephanie Carrigg was in studio this morning to talk about this year’s Meals4Moms program, where your contribution not only helps feed moms in need, but nets you some great goodies for a mom in your life. END_OF_DOCUMENT_TOKEN_TO_BE_REPLACED

Continuing our month-long series spotlighting videos we hope will inspire you think. END_OF_DOCUMENT_TOKEN_TO_BE_REPLACED

The first in a month-long series focusing on new songs that go a little deeper. END_OF_DOCUMENT_TOKEN_TO_BE_REPLACED

Matt Allen is the Field Director for ACLU of Massachusetts. He was in to talk about the ACLU: who they are, what they do, and how to get involved! END_OF_DOCUMENT_TOKEN_TO_BE_REPLACED

On Saturday, December 3 from 6-9 p.m., Distillery Gallery at 516 E. 2nd St. in Southie is holding a benefit for Standing Rock. Director Pat Falco and Curators Olivia Ives-Flores and Oliver Mak were in studio this morning to talk about this free event. END_OF_DOCUMENT_TOKEN_TO_BE_REPLACED