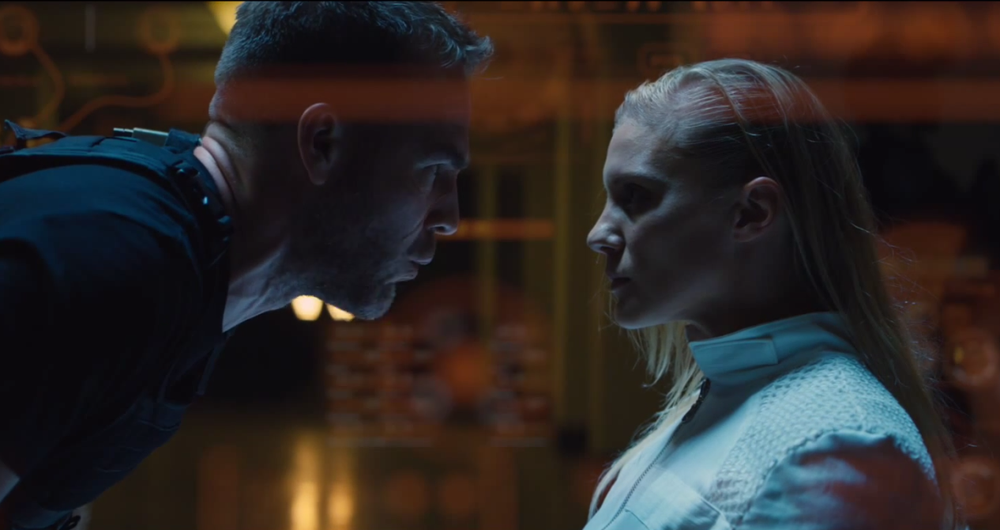 If you need any further convincing, here’s a line for you: “The Machine Empire had better meth.” So begins the sometimes funny, sometimes dark, highly stylized story that follows the lives of the Power Rangers after the rise of the Machine Empire.

Kahn admits in the original video’s post that he made the film strictly for fun – it is by no means morphin’ canon:

…not a pilot, not a series, not for profit, strictly for exhibition. This is a bootleg experiment not affiliated or endorsed by Saban Entertainment or Lionsgate nor is it selling any product. I claim no rights to any of the characters (don’t send me any money, not kickstarted, this film is free).

The NSFW Vimeo version of the film was yanked within hours of its release, but the safe for work YouTube video is still available for public consumption. With two features and music videos from every conceivable genre under his belt, it’s no wonder that Kahn knocks this out of the park.

This is yet another notch in the “weird projects James Van der Beek has chosen” belt post Dawson’s Creek, adding Kahn’s film to his resume after projects like Don’t Trust the B*** in Apartment 23, a memorable guest appearance on The Eric Andre Show and in the best .gif of all time:

Sackhoff was most recently seen in 2014 crime thriller Tell.

Thanks for being a fan, Kahn, and thanks for the best quarter hour we’ll all spend today. It’s a hell of an ending.

A decade of Wreck The Halls. END_OF_DOCUMENT_TOKEN_TO_BE_REPLACED

Golden Globe and Emmy nominee Benjamin Wallfisch is the composer responsible for the score of the hit movie IT. I talked to Ben about his approach to scoring the new version of this iconic story and his thoughts on film and music overall. Some very insightful commentary; listen in. END_OF_DOCUMENT_TOKEN_TO_BE_REPLACED

Rupert Gregson-Williams is an award-winning film composer. He just so happened to compose the score for this summer’s big blockbuster Wonder Woman. We talked about his beginnings in film scoring, film scores that move and inspire him and, of course, Wonder Woman. END_OF_DOCUMENT_TOKEN_TO_BE_REPLACED

Jeff Rapsis is a New England-based composer and performer. Lately, he’s been creating live musical scores for silent film screenings. I talked to him about his process and a few of his upcoming performances at The Capitol Theatre in Arlington and the Somerville Theatre. You can keep track of where else Jeff is scoring silent films here. END_OF_DOCUMENT_TOKEN_TO_BE_REPLACED

Leah Wellbaum from Slothrust brought her trusty six-string to Studio B and turned in the first RadioBDC Session of 2017. Check out her three songs and her chat with Julie Kramer, recorded live on February 28, 2017. END_OF_DOCUMENT_TOKEN_TO_BE_REPLACED

Planning on seeing Rogue One: A Star Wars Story when it opens this weekend? I joined Adam 12 to give you an idea of what to expect. But don’t worry, I didn’t give anything away. END_OF_DOCUMENT_TOKEN_TO_BE_REPLACED