People across the nation watching the Democratic debate have been weighing in on Twitter with opinions on candidates Hillary Clinton, Bernie Sanders, Jim Webb, Lincoln Chafee, and Martin O’Malley.

But some people have been sending responses meant for Martin O’Malley to Boston city councilor Matt O’Malley (who represents District 6), and he’s been having some fun with it. 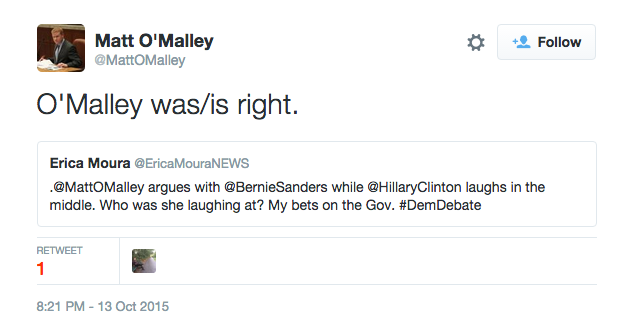 But hey, maybe he can aspire for a higher office. 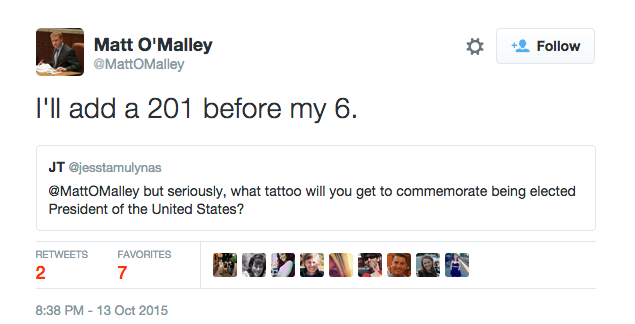