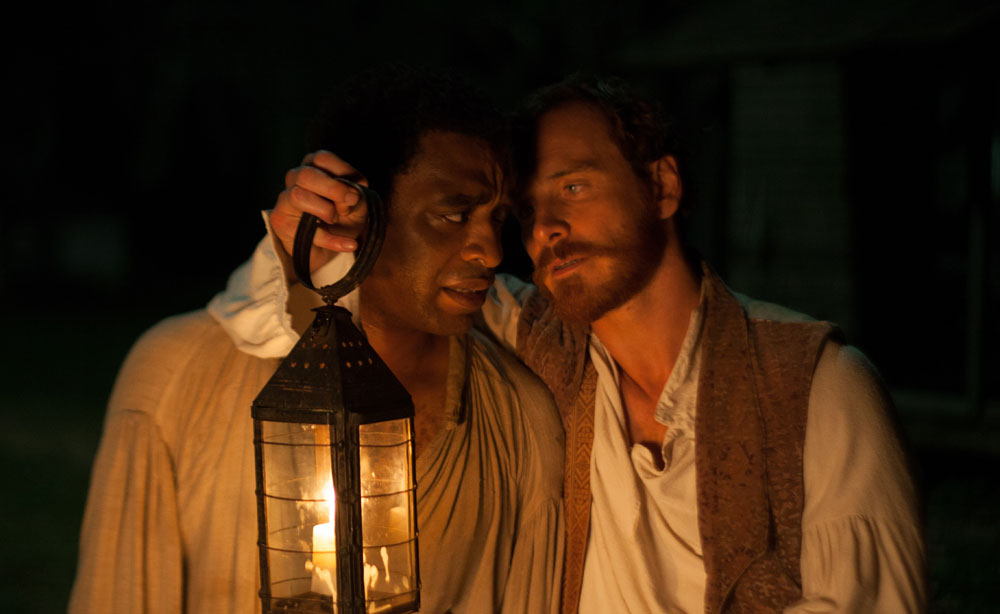 Sunday’s Golden Globes show is considered the first indicator of serious Oscar contenders. But it’s not merely an early Academy Awards wannabe. The Globes and Oscars are actually more like siblings than twins, with this weekend’s show playing the part of the younger, funnier, and slightly crazier sibling to the Academy Awards. It’s a little more loose when it comes to winners and overall vibe. Hell, the Golden Globes take place while people are enjoying dinner and drinks, so it’s not uncommon to get alcohol-induced acceptance speeches or, even better, a missing winner who happens to be in the bathroom. So while we can read into Sunday’s potential winners and their Oscars chances, let’s look at past Golden Globes winners who came up empty-handed at the Oscars.

Oddsmakers are still betting on “12 Years a Slave” to win big this weekend, but unlike the Academy Awards, the Hollywood Foreign Press divides best picture into two separate awards. The categories for best picture drama and best picture musical or comedy allow for more diversity within this extremely competitive awards season. This is a good thing, because unlike the Oscars, which will inevitably be dominated by “12 Years a Slave,” this Sunday we will see other films highlighted and someone else onstage to accept an award.

According to the betting site Bovada, “12 Years a Slave” will nab best picture drama, while the fun and funny “American Hustle” is a shoo-in for best picture comedy. In actor categories, “12 Years a Slave” star Chiwetel Ejiofor and “Blue Jasmine” lead Cate Blanchett are expected to win, of course, but so is Leonardo DiCaprio for his comedic role in “The Wolf of Wall Street.” Best actress in a comedy is a bit more murky. It seems that Amy Adams’ performance in “American Hustle” is as good as Meryl Streep’s in “August: Osage County,” so it’s anyone’s guess who wins between the two ladies.

If those folks should snag a trophy, are they a safe bet to take home an Oscar on March 2? Not so fast.

Who would have thought an independent film about a little known British Royal who can’t speak well would knock the provocative story of a new media revolution out from winning an Oscar? That is what happened in 2011 when “The Social Network” took top honors at the 2011 Golden Globes, but the (somewhat) dark horse “The King’s Speech” stole the Oscar a month later. If bets were taken in 2004, then Ang Lee’s groundbreaking western male-male romance “Brokeback Mountain” was considered a sure thing. Again a well-woven tale of everyday life with a stellar ensemble cast kicked the bets to the curb at the Oscars when “Crash” stole best picture over Golden Globe-winner “Brokeback Mountain.” Some still think Ang Lee and the film producers were robbed.

When you say “shocking” and “egregious” about the Oscars, think about last year’s best director category. How could “Argo” win best picture and Ben Affleck win a Golden Globe for best director, but not even be frickin’ nominated for an Oscar for direction? Ben handled it very well, at least publicly. He took the high road and did a stellar job promoting his film for the Oscar win. Martin Scorsese also won the Globes in 2003 for “Gangs of New York,” but he didn’t win the Oscar. The Academy made it up to him in 2007 when he won an Oscar for directing “The Departed,” his first in a storied career.

Sometimes the actors are as shocked as we are when they win a Globe, but not an Oscar. Rumors were rampant about Mickey Rourke upsetting the Academy when had nabbed the best actor statue at the Globes for “The Wrestler,” but he ended up losing that category at the Oscars to Sean Penn for 2008’s “Milk.” The win alone wasn’t the whole story. During the announcement the camera cut away to Rourke’s peeved look. He made up for it when he went home and cuddled with his dog. Our man Leonardo DiCaprio convinced us and the Globe voters he was Howard Hughes for the “The Aviator.” However, he couldn’t persuade the Academy that he was more convincing than Jamie Foxx singing like Ray Charles and swaying his head to the music as he played the piano. Leo definitely has bad luck with the Academy. He got a Golden Globe nod for the seminal film “Titanic” — but he wasn’t even nominated for an Oscar.

Cher won an Oscar, but she didn’t sing. Madonna, on the other hand, won a Golden Globe Award for best actress in musical or comedy for 1991’s “Evita.” Instead of best actress, the Academy gave her a consolation Oscar for “You Must Love Me” as best original song. The British ruled the best actor roles in 1998 as two films were based on two of its most renowned citizens, Queen Elizabeth and Shakespeare. Because the Globes have additional category for actresses, one for comedy and one for drama, the favorites were both able to take awards. However, some feel Cate Blanchett’s Queen Elizabeth was more in line with a role the Academy likes than the fluffy one of Gwyneth Paltrow had for “Shakespeare in Love.” Since “Shakespeare” walked away with the Oscar, maybe the so-called “Academy cards” were stacked in her favor.

Golden Globe and Emmy nominee Benjamin Wallfisch is the composer responsible for the score of the hit movie IT. I talked to Ben about his approach to scoring the new version of this iconic story and his thoughts on film and music overall. Some very insightful commentary; listen in. END_OF_DOCUMENT_TOKEN_TO_BE_REPLACED

Rupert Gregson-Williams is an award-winning film composer. He just so happened to compose the score for this summer’s big blockbuster Wonder Woman. We talked about his beginnings in film scoring, film scores that move and inspire him and, of course, Wonder Woman. END_OF_DOCUMENT_TOKEN_TO_BE_REPLACED

Jeff Rapsis is a New England-based composer and performer. Lately, he’s been creating live musical scores for silent film screenings. I talked to him about his process and a few of his upcoming performances at The Capitol Theatre in Arlington and the Somerville Theatre. You can keep track of where else Jeff is scoring silent films here. END_OF_DOCUMENT_TOKEN_TO_BE_REPLACED

Planning on seeing Rogue One: A Star Wars Story when it opens this weekend? I joined Adam 12 to give you an idea of what to expect. But don’t worry, I didn’t give anything away. END_OF_DOCUMENT_TOKEN_TO_BE_REPLACED

No, not from afar, from the comfort of her couch. From the actual awards themselves. That’s where Meredith Goldstein was for the Oscars. She shared all the juicy, first-hand details with me. END_OF_DOCUMENT_TOKEN_TO_BE_REPLACED

To celebrate the opening of ‘The Force Awakens,’ I had some very special guests in studio to start the Thursday, December 17 edition of The Brink. Listen. END_OF_DOCUMENT_TOKEN_TO_BE_REPLACED

Watching the new Star Wars trailer a million times gave us all sorts of feels. And one of those feels was nostalgia. END_OF_DOCUMENT_TOKEN_TO_BE_REPLACED

END_OF_DOCUMENT_TOKEN_TO_BE_REPLACED

If you’ve finally finished crying over Inside Out — or Lava, the short that ran before it — Pixar is readying another assault on your tear ducts with The Good Dinosaur, if its newly released trailer is any indication. END_OF_DOCUMENT_TOKEN_TO_BE_REPLACED