These Streaming Titles Will Be Added to Netflix in March 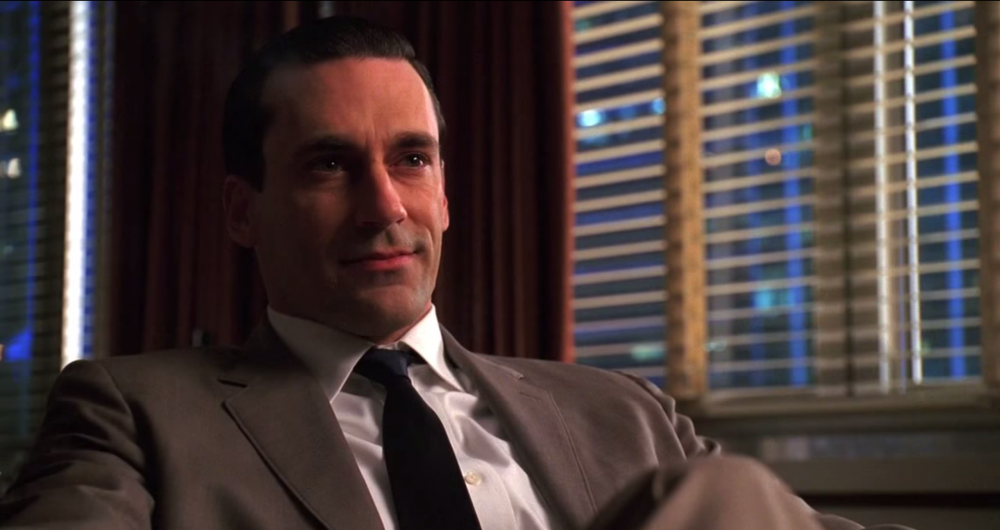 March Madness may keep some of us busy next month, but for those who could care less about basketball, you can catch these new Netflix additions instead.

Here is a comprehensive list that gives you more than enough reason to be unproductive all day and highlights a couple of titles along the way.

Desmond Doyle, played by Pierce Brosnan, is left to care for his daughter Evelyn and her two brothers after his wife leaves. However, Irish law states that children cannot be raised in a household without two parents, which leads to Evelyn and her brothers being sent to separate orphanages. It is now up to Desmond, who is not only unemployed but also an alcoholic, to challenge Irish courts to bring his children home.

The ABCs of Death 2

This horror-comedy unites 26 different filmmakers that deal with “meeting your maker.” Each storyline corresponds to a different letter of the alphabet.

“Put this ring on your finger so people know we have an arrangement.”

If you’re still feeling lost in life because Parks and Recreation wrapped up their show, you can get a little comedy dosage from Aziz Ansari.

My Own Man
Unbreakable Kimmy Schmidt

If you’ve been a long-time fan of Glee, you can now watch (or re-watch) season five on Netflix. As always, this season will promise musical numbers, drama, emotions and don’t be surprised if Sue Sylvester has a few tricks up her sleeve.

Five single mothers are asked to organize the school’s upcoming dance and fundraiser when their children are caught spray painting graffiti. Despite the fact that the single ladies all have different backgrounds and experiences, they realize they all need support. Together, they form the “Single Moms Club” to help ease their stress and realize that finding love is a possibility again.

After the Fall
Cesar Chavez
The Angriest Man in Brooklyn

Monster High: Haunted  is a TV movie that seems to be a supernatural version of Bratz. A group of girls are sucked into a parallel universe to uncover the mystery of what is haunting Draculaura. It also looks like one really bad film.

How To Train Your Dragon 2

After overcoming a viking-dragon rivalry, Hiccup and Toothless now spend their time charting the island’s unmapped territories. During their adventures, they uncover a secret cave home to hundreds of wild dragons and its mystery rider who also happens to be Hiccup’s long lost mother. They all then find themselves in a battle to protect their home from a greedy but dangerous warrior named Drago.

Complete series of 3rd Rock From The Sun

A group of aliens travel to Earth to report what life is like. Disguised as a human, commander Dick Solomon takes the position of a college professor and along for the ride are Harry, Sally and Tommy– all of whom are unfamiliar with human interactions, emotions, and behavior. Their uninhibited reactions turn what would be normal everyday events into unusual situations.

Kate, played by Hilary Swank, is a classical pianist recently diagnosed with ALS. Bec is an arrogant college student who can barely keep her life together. When Bec accepts a job to be Kate’s caregiver, both women unexpectedly rely on each other and develop an unlikely bond.

Life Itself is a documentary that revolves around the life of film critic Roger Ebert. It features his career highlights, personal life, his battle with alcohol, as well as his rivalry and partnership with Gene Siskel.

Freshman Josh Wheaton enrolls in a philosophy class where the professor requires all students to submit a signed statement that says “God is dead.” However, Josh refuses to do so because of his own religious beliefs. Professor Radisson challenges him to defend his position and if he cannot do so, Josh will fail his class.

After five years of retirement, CIA veteran Peter Devereaux is asked to help retrieve a Russian agent who is armed with incriminating evidence on a corrupt Russian leader. However, when a different CIA team shows up, his mission goes south and the Russian agent is killed. Peter becomes a rogue agent and enlists a relief worker, played by Olga Kurylenko, to even out the playing field.

Frankie & Alice is a story about a stripper named Frankie, played by Halle Barry, who is struggling with a multiple personality disorder. She fights to remain her true self while coinciding with her alter-egos: a 7-year-old child named Genius and a Southern white racist named Alice. Frankie works with a psychotherapist to uncover the mystery of what’s haunting her.

Recently graduated from high school, Katie Kampenfelt — played by Britt Robertson — takes a gap year before college to discover herself. As suggested by her guidance counsellor, Katie starts an anonymous blog that chronicles sexual details with her boyfriend as well as her affair with a college professor, played by Justin Long. Through her writing and taking on a nanny job, she reflects on childhood events and herself and goes from a brash teenager to a sympathetic young adult.

The Man With the Iron Fists

Golden Globe and Emmy nominee Benjamin Wallfisch is the composer responsible for the score of the hit movie IT. I talked to Ben about his approach to scoring the new version of this iconic story and his thoughts on film and music overall. Some very insightful commentary; listen in. END_OF_DOCUMENT_TOKEN_TO_BE_REPLACED

Rupert Gregson-Williams is an award-winning film composer. He just so happened to compose the score for this summer’s big blockbuster Wonder Woman. We talked about his beginnings in film scoring, film scores that move and inspire him and, of course, Wonder Woman. END_OF_DOCUMENT_TOKEN_TO_BE_REPLACED

Jeff Rapsis is a New England-based composer and performer. Lately, he’s been creating live musical scores for silent film screenings. I talked to him about his process and a few of his upcoming performances at The Capitol Theatre in Arlington and the Somerville Theatre. You can keep track of where else Jeff is scoring silent films here. END_OF_DOCUMENT_TOKEN_TO_BE_REPLACED

Planning on seeing Rogue One: A Star Wars Story when it opens this weekend? I joined Adam 12 to give you an idea of what to expect. But don’t worry, I didn’t give anything away. END_OF_DOCUMENT_TOKEN_TO_BE_REPLACED

Always a pleasure to have Boston.com’s Perry Eaton in studio for a chat. After we talked a bit about Pearl Jam at Fenway and Perry’s new podcast, he filled us in on Game of Thrones live and Narragansett’s new Bananagrams-themed brew. END_OF_DOCUMENT_TOKEN_TO_BE_REPLACED