Shirin Barghi’s project, #LastWords, is a collection of images that focus on on the final words spoken–and heard–by black men killed by police officers. 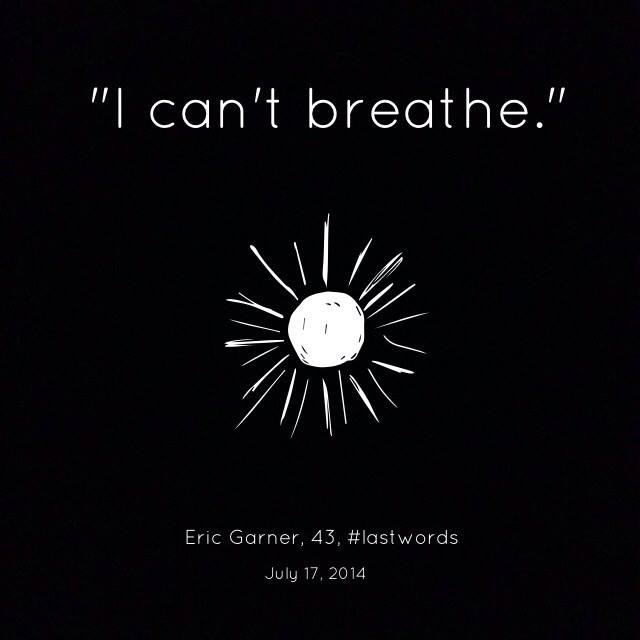 The project began when Barghi heard of the 2014 death of Eric Garner, which reminded her of the death of Neda Agha-Soltan, a woman who was shot in public by Iranian police. Like Garner, her final words became a rallying cry for the people who spoke out against her death. 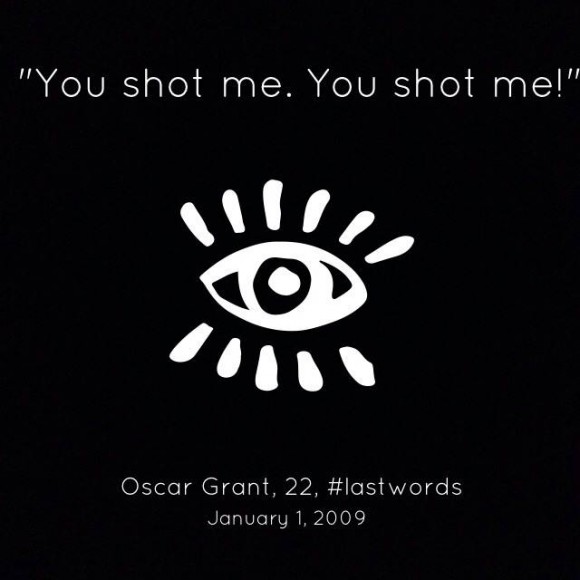 “When I saw the video of Eric Garner being choked to death, It really connected me to Neda,” Barghi says.

Each of these instances of violence made Barghi consider the significance of these supposed last words. She mentions that by spreading the final words of these victims, their stories continue to spark and fuel discussions about police brutality.

“They aren’t really last words,” Barghi said. “There are no last words when it comes to police violence–it’s a story that is ongoing.” 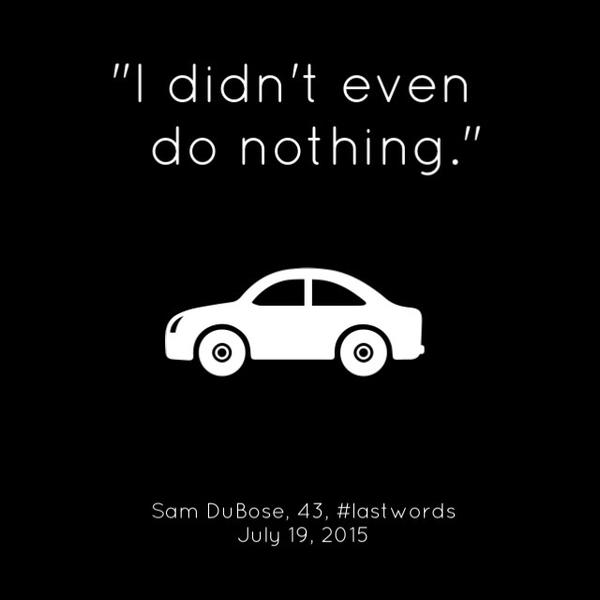 “Every month you hear about the police killing someone,” Barghi said.

The images are almost hauntingly bare, featuring only a simple drawing or graphic underneath the plainly printed last words of men who died at the hands of the police. 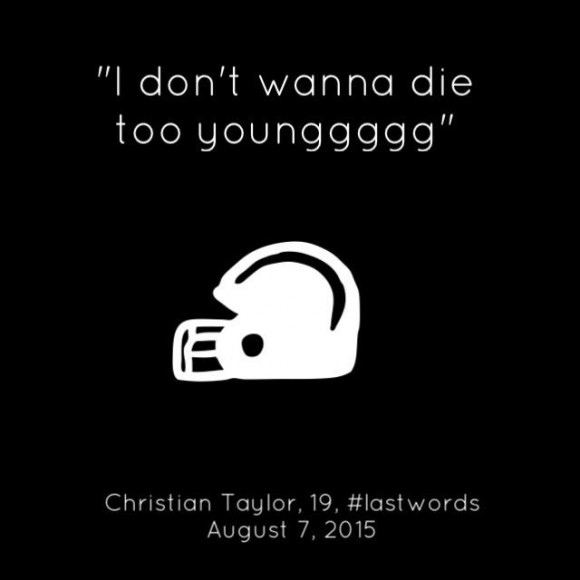 By making the design so simplistic, focus remains on the victims and their stories, rather than the intricacy of the art.

“I wanted to…focus on their stories,” Barghi said. “The more simple something is, [the more] it makes people think.”

She also said that the black and white color scheme is a deliberate, unveiled allusion to the racial nature of these murders. 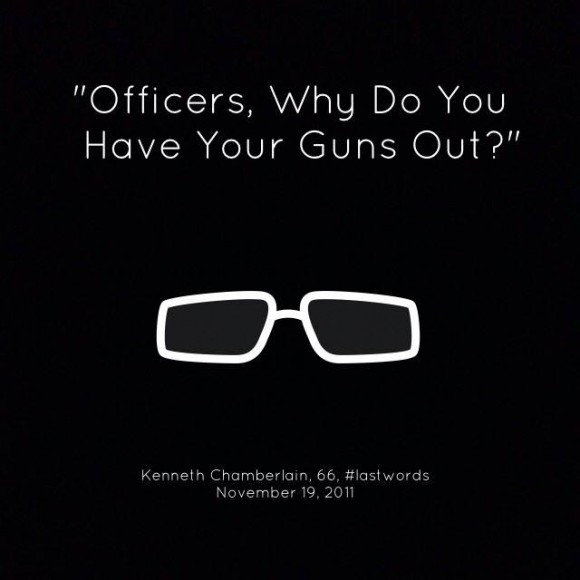 “You hear people say, ‘Oh, it’s complicated.’ They say things like, ‘All lives matter,’” Barghi said. “And they’re distracting from the main cause.”

“So I intentionally kept it black and white to show that, right now, it’s black and white,” Barghi said of the color scheme. “It’s black lives that are being taken away.”

Barghi posted 12 of her designs to Facebook on August 14. Each of the photo captions include links to news reports that confirm what the victims’ last words were. Since the 14th, Barghi’s images have been shared nearly 12,000 times.

She hopes that #LastWords will lead people to discuss police brutality while commemorating and humanizing the victims at hand. 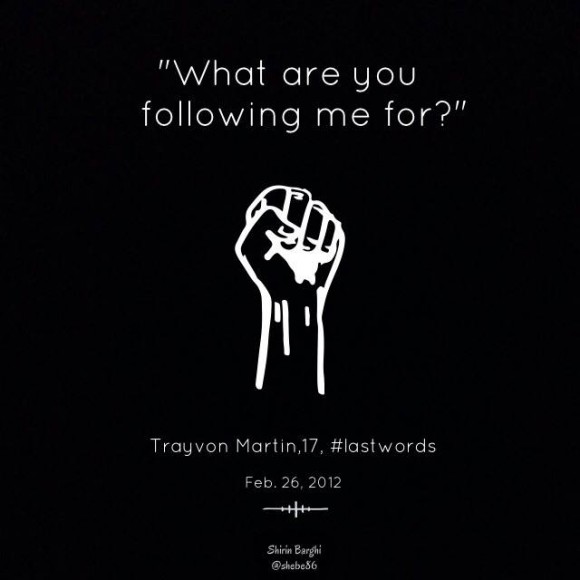 “We forget that these are people,” she said of the men whose lives are featured in the project.  “It was a way for me to show that…they had stories.”

Barghi is currently working on a follow-up project that delineates the final words spoken to victims, which she has posted to her Twitter but have not yet been published by a media outlet. She hopes that this collection will further encourage people to take action.

The designs are almost identical, though the color scheme is inverted. 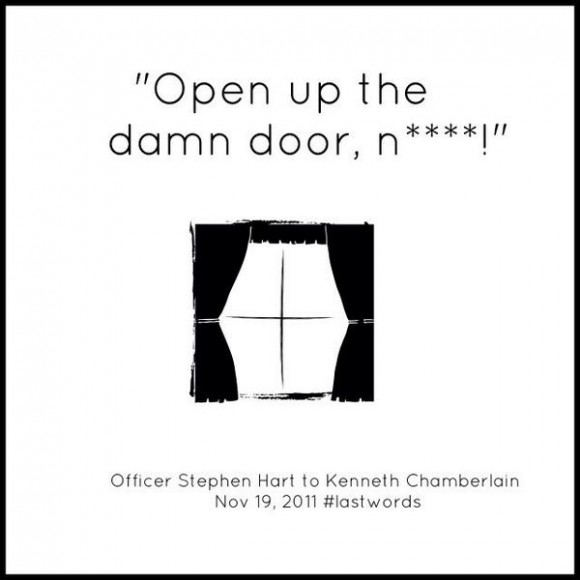 “The #LastWords series that’s out right now, it makes us sad,” Barghi said. “It makes us upset. It makes us think.”

“But when you hear the last words that [these men] heard before they died, it makes you angry,” Barghi said. “It makes you want to do something.” 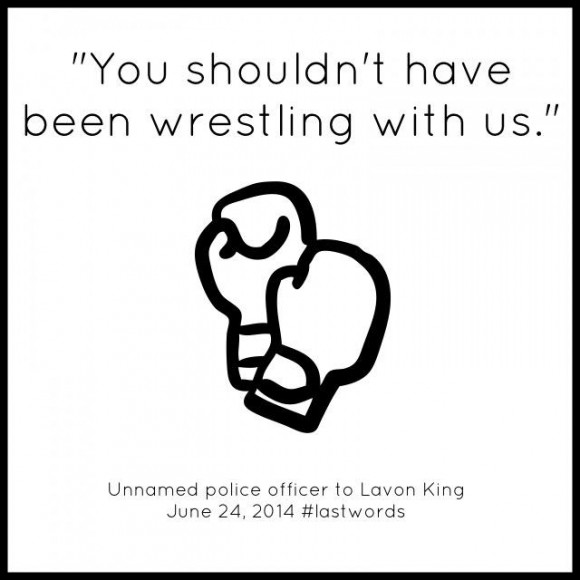 And Barghi is insistent on not mentioning her own perspective on or experience with police brutality. She does not want her story to eclipse those of Americans of color. In Barghi’s eyes, she is merely a storyteller for black Americans victimized by police brutality.

“[These are] their stories,” Barghi said. “I don’t want to take ownership of the stories of these men.” 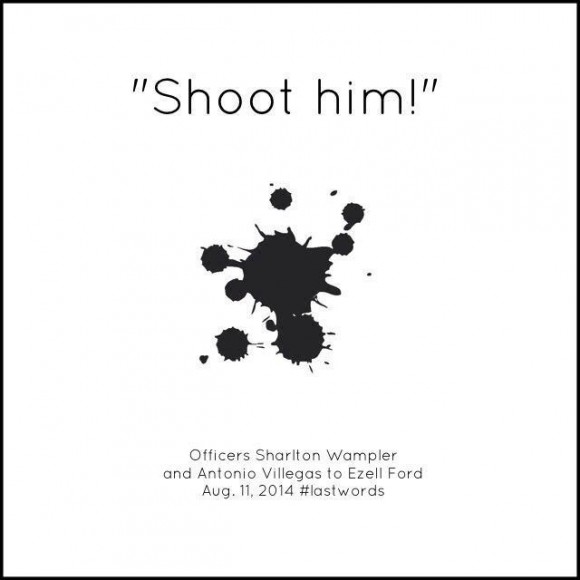 Barghi said that she has received some criticism about the fact that she is receiving more media attention than black artists who are also working on speaking out about these issues. And she said the criticism is valid.

“I [have been] very aware from the get-go that this isn’t my pain,” Barghi said of American police brutality. “This isn’t my story. I definitely don’t see this as my series.” 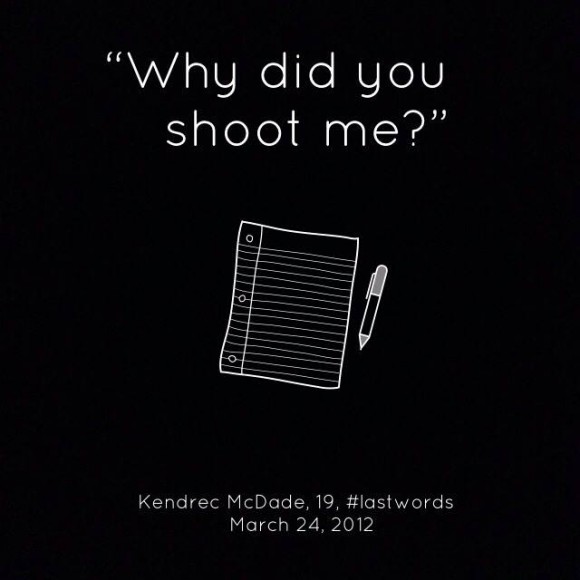 “[Storytelling] brings communities together in a way that isn’t problematic and doesn’t hijack or appropriate a cause,” Barghi says. “It’s an honor for me to be a storyteller. And I believe in the power of storytelling.”