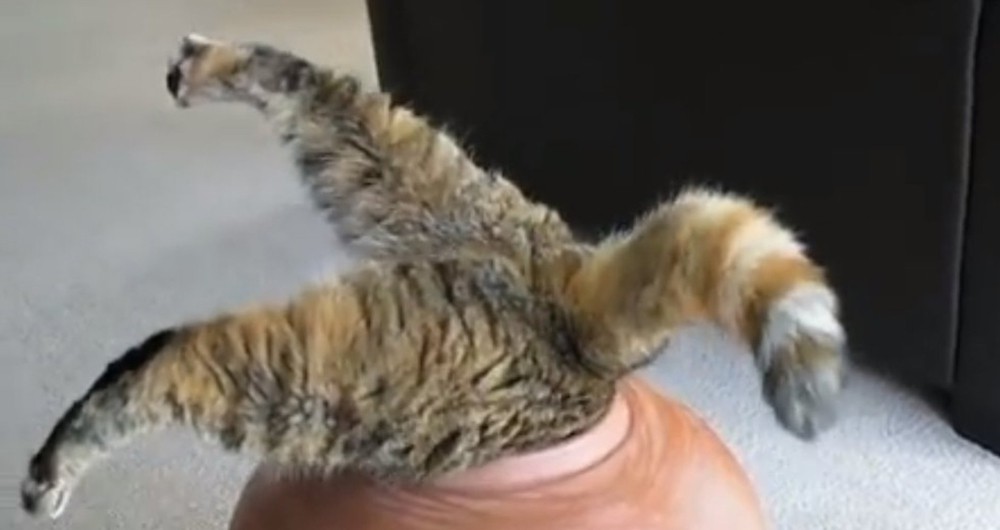 If there’s anything we love here at BDCwire, it’s cats and pizza. And dogs. But mostly cats, especially cat videos. Sometimes we feel guilty though, because we watch so many cat videos without any purpose other than to laugh and say “awww.” In all fairness, that’s all we’ve ever wanted from a cat video. Until now…

Cats vs. Cancer is a website that was launched early this month by two Georgetown grads, Tom O’Connor and Eddie Peña. The two reconnected in New York City in 2011, but the idea for the website didn’t come to them until later in 2012, when O’Connor says, “a few things hit me at the same time.”

“First I saw my wife (fiancee at the time) downloading an app where you could raise money to fight world hunger just by playing this little iPhone game,” he says. “I loved the idea of entertaining people for a good cause. At the same time I knew by that point that cat videos had really solidified themselves as the ruler of the Internet.”

Over time, the ideas shaped themselves into a website that aggregates cat videos of all kinds, with advertising revenue being donated directly to cancer foundations. In very basic terms, this means that by going on their website and watching cat videos, you are essentially raising money to help fight cancer. These charities rotate month by month, and aim to support more niche charities that may not get the national recognition that other larger organizations receive.

“So far we’ve just been researching our own or talking to friends who’ve maybe had a positive experience with a certain charity,” says O’Connor. “We also encourage users who visit our site to drop us a line if they think they know a charity could benefit from our help.”

The cat videos included on the site are mostly ones that the founders themselves have collected, although they plan to open it up to user submissions as well. Cats vs. Cancer is now run by six people, all volunteer, putting the time in to give back in an innovative and fun way. While O’Connor himself is not a cat owner, he’s increasingly becoming an expert on seeking out the perfect cat content.

“Obviously people like adorable stuff, or goofy things where a cat misses a jump or falls off a table, you can never go wrong,” he says. “But I also like anything where the cat doesn’t know he’s being watched. Oh and these are rare, but are probably my favorite..anything where a cat makes a surprised face where he looks like his mind was just blown by something amazing.”

Dog lovers, don’t fret! O’Connor says that he hopes to expand to other animals in the future. For now, you can enjoy all the feline goodness, and even donate directly, at their website.

We ate vegan blueberry cake and it was amazing. END_OF_DOCUMENT_TOKEN_TO_BE_REPLACED

Dan Croll is a great musician and an even better person. END_OF_DOCUMENT_TOKEN_TO_BE_REPLACED

We kicked off the weekend with a visit from Sasha Purpura, Executive Director of Food For Free. Sasha was back to promote next month’s Craft for a Cause event, a craft beer festival celebrating the Central Square Cultural District. END_OF_DOCUMENT_TOKEN_TO_BE_REPLACED

Summer is the hungriest time of the year. Millions of kids rely on school meals, but in summer, the meals disappear. HGTV’s Taniya Nayak was in studio this morning to talk about Taste of the Nation this coming Tuesday, June 6, which benefits Share Our Strength’s #NoKidHungry initiative. Click here to get your tickets. END_OF_DOCUMENT_TOKEN_TO_BE_REPLACED

Community Servings provides nutritious meals to individuals and families living with a variety of illnesses. Stephanie Carrigg was in studio this morning to talk about this year’s Meals4Moms program, where your contribution not only helps feed moms in need, but nets you some great goodies for a mom in your life. END_OF_DOCUMENT_TOKEN_TO_BE_REPLACED

Continuing our month-long series spotlighting videos we hope will inspire you think. END_OF_DOCUMENT_TOKEN_TO_BE_REPLACED

The first in a month-long series focusing on new songs that go a little deeper. END_OF_DOCUMENT_TOKEN_TO_BE_REPLACED

Matt Allen is the Field Director for ACLU of Massachusetts. He was in to talk about the ACLU: who they are, what they do, and how to get involved! END_OF_DOCUMENT_TOKEN_TO_BE_REPLACED

On Saturday, December 3 from 6-9 p.m., Distillery Gallery at 516 E. 2nd St. in Southie is holding a benefit for Standing Rock. Director Pat Falco and Curators Olivia Ives-Flores and Oliver Mak were in studio this morning to talk about this free event. END_OF_DOCUMENT_TOKEN_TO_BE_REPLACED