The Winners (And Losers) Of the 2014 National Dog Show

If you’re anything like me, the Macy’s Thanksgiving Parade has lost its luster. Why wake up early to watch gigantic inflatable gas-filled corporate monstrosities when I could turn on cable news any day of the week? The best way to do Thanksgiving morning is to sleep in until noon to fight off that Night Before Thanksgiving hangover, and watch the National Dog Show.

Without further ado, here are the winners (and losers) of 2014’s main event.

Best in Show: Nathan the Bloodhound 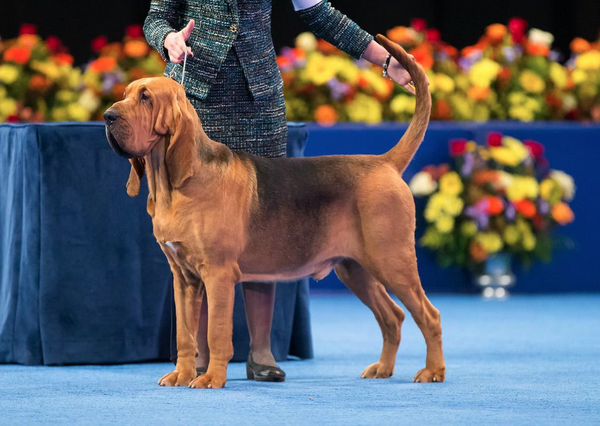 Nathan was a fine choice for the Best in Show, and really seemed like a friendly pup. I also learned that a bloodhound’s nose is so fine-tuned it’s the only breed whose scent-detection is admissible as court evidence. 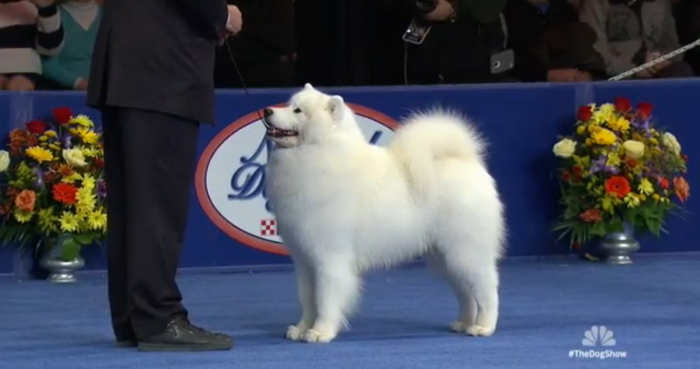 No disrespect to Nathan, but Bogey the Samoyed, who managed to snag the Reserve Best in Show (aka the first runner-up prize), melted my heart. Look at that little snoozing fluffball! 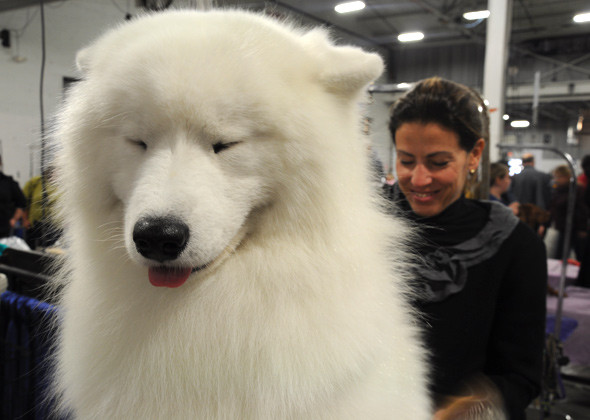 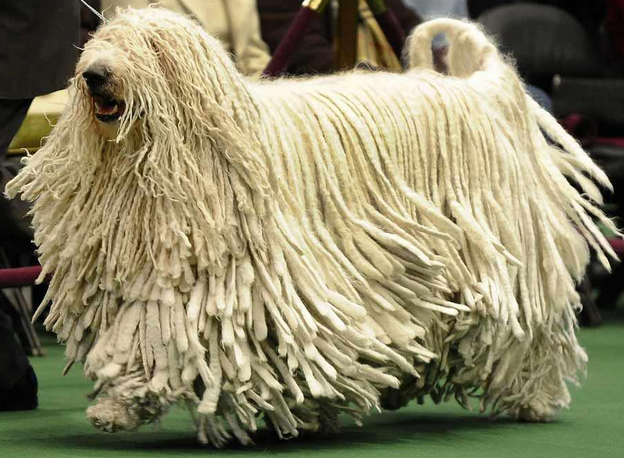 Need a new kitchen mop? Cut a few cords off this fella and you should be good to go.

From NBC dog show commentator David Frei: “You could walk this dog backwards for two years without even realizing it.”

For the first time in host John O’Hurley’s memory, a dog got loose during the judging and ran across the staging area, leading to much laughter from the crowd and tears of embarrassment from the loose-handed handler.

And for the completionists out there, here are all seven winners of the respective groups.

Every group winner is a #ProPlanDog. They didn’t just clean up, they swept. Congrats to all! #TheDogShow pic.twitter.com/rSjDOYCmPq

Lee Domaszowec from the Petco Foundation and Rebecca Baylies, Director of Development and Communications at Cape Ann Animal Aid, joined me to talk about Unleashed by Petco’s upcoming series of adoption events. They’ll be held at Brattle Square, Boston Common, and several adoption shelters throughout Massachusetts. Listen to get all the details! END_OF_DOCUMENT_TOKEN_TO_BE_REPLACED

Always a pleasure to have Boston.com’s Perry Eaton in studio for a chat. After we talked a bit about Pearl Jam at Fenway and Perry’s new podcast, he filled us in on Game of Thrones live and Narragansett’s new Bananagrams-themed brew. END_OF_DOCUMENT_TOKEN_TO_BE_REPLACED

No, not from afar, from the comfort of her couch. From the actual awards themselves. That’s where Meredith Goldstein was for the Oscars. She shared all the juicy, first-hand details with me. END_OF_DOCUMENT_TOKEN_TO_BE_REPLACED

It was wonderful having our good friend Meredith Goldstein back in studio this morning. She dug into the latest edition of Love Letters, which prompted us to play this song. And of course we had to discuss the Oscars. Make sure you’re following Meredith on Twitter, as she’ll be live-tweeting the awards this Sunday night. END_OF_DOCUMENT_TOKEN_TO_BE_REPLACED

Our first edition of TV Sets for 2016 might be better than every edition from 2015. END_OF_DOCUMENT_TOKEN_TO_BE_REPLACED