The Wave: Boston’s Newest Day Party Provides a Place To Dance and a Place to Connect 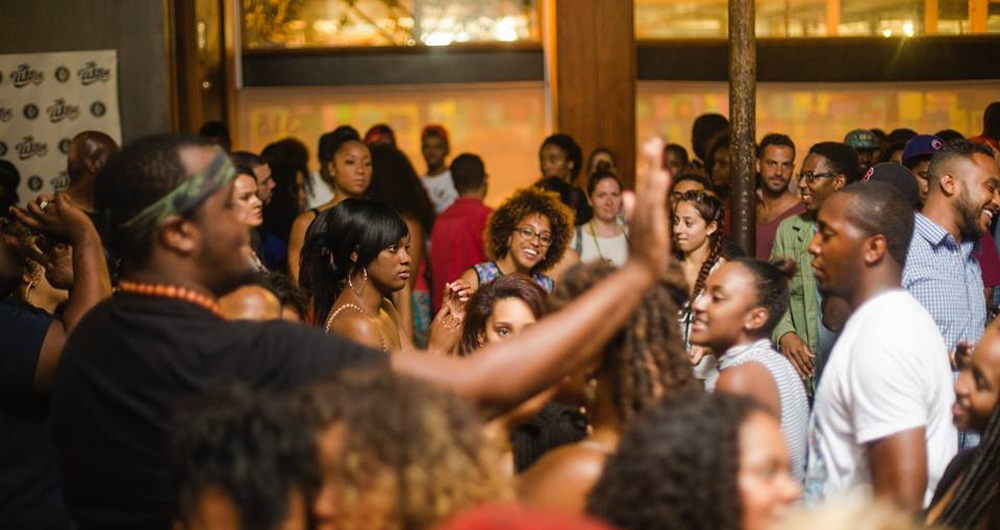 The atmosphere is always electric at Middlesex Lounge. Well, I suppose I can’t speak for what it’s like there any day but every third Sunday, but I can at least confirm that once every three weeks, there’s a truly special kind of energy that invades Cambridge.

Tucked away in the heart of Central Square, Middlesex has quietly played host to Boston’s most exciting new party since the beginning of 2014, a vibrant daytime affair known as simply (and fittingly) The Wave. The space, at 120-capacity, is on the small side, but feels larger than life within minutes of doors opening, and it’s not difficult to gauge why. While the event is still in its early stages, it reeks of exuberance and optimism, largely due to the vibes provided by the hosts and attendees alike. Curated by the innovative minds behind CLLCTV Boston—a group formed in 2012 focused on bettering Boston’s young, creative community—The Wave is an alternative party fueled by live music, custom drink menus, and overall positive energy that has been rapidly rising to prominence over the course of the past eight months. Since its inception in January, attendance has risen, conversation surrounding it has overtaken social media and spilled onto the streets, with many now calling it their favorite party in Boston.

Truthfully, there isn’t much to not like about The Wave. The music is on point and equally diverse (thanks to elite guest DJs such as Sevnth Wonder, 7L, Brek.One and Bosq of Whiskey Barons), the crowd is typically a nice mix of young, ambitious 20-somethings, and the Sunday afternoon/early evening setting makes for the perfect (and unique) weekend wrap-up rendezvous. There’s dancing in abundance, plentiful, vibrant conversation, and perhaps the element that everyone loves most—whether they’re willing to admit it or not—the roaming photographer on site to supply everyone’s Instagram catalogue for the upcoming week. In short, The Wave and the folks behind it understand their audience, and the brand is booming as a direct result.

Though The Wave is powered by an entire team, it was originally formed through CLLCTV, the brainchild of Ray Leroy and Paul Francois, over two years ago. When Malcolm Gray, Seun Ajewole, Kibee Miller, Owen Lumadede and Brian Karanja rounded out the roster over the course of the ensuing months, the members put their heads together to develop a recurring party to fill a void they were astutely aware existed. As 2013 faded into 2014, The Wave was birthed. 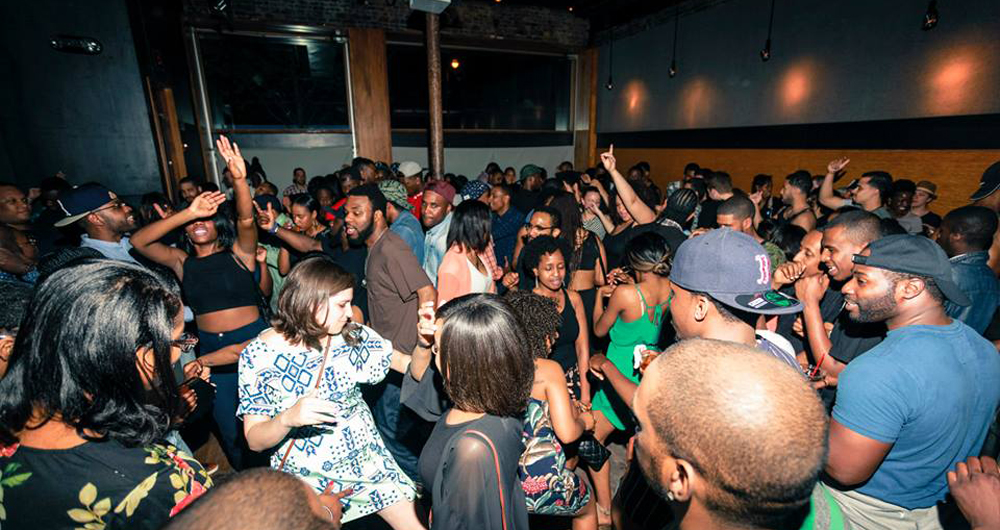 “At that time, Boston didn’t have a consistent day party,” says Gray. “We wanted to stand out and really create an event that was focused on creating a comfortable environment and picking DJs that were actually really good. The most important part of The Wave is the music. We really want people to come to The Wave and discover new music and people.”

Less than a year into the experiment, it seems Gray and company’s collective (excuse the pun) vision is coming to life. The Wave hits on all cylinders, and the attendees are noticeably more excited about the party as each one draws nearer. Doors usually open at 4 p.m., and the music runs straight through until everyone is ushered out at 9:30. As a bonus, The Wave is as affordable as it is enjoyable at just $5 with an online RSVP.

This Sunday, Sevnth Wonder and Big Bear return to Middlesex while Soulection’s Lakim—one of the biggest names to hit the venue yet—makes his official The Wave debut, another sign that all things CLLCTV are headed in the right direction, and fast. 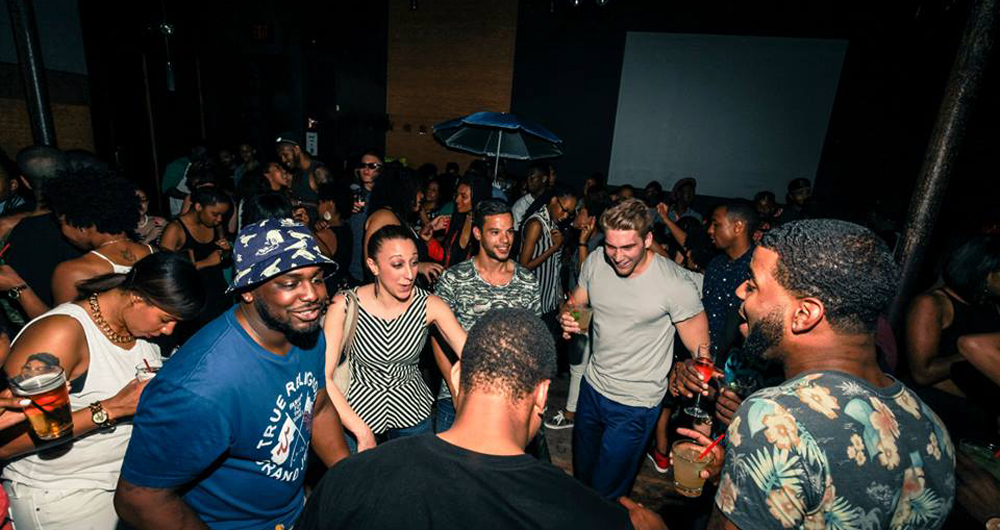 “The future of The Wave is only getting bigger and better,” says Gray. “People can look forward to some cool brand collabs, constant new faces, and the best DJs. We’d love to take the party to other markets and keep the movement going, and we’d also like to take the experience we get from The Wave and translate it into bigger events around the city.”

For everyone involved, whether inside looking out or vice versa, it’s becoming clear that The Wave was never meant to be the beginning or the end of anything, but rather a catalyst for the ever-progressing entertainment scene in Boston. At worst, it’s a breath of fresh air. At best, The Wave is the beginning of a cultural revolution led and sustained by a group of creatives eager to switch things up and deliver a gift that keeps on giving, leaving a positive legacy behind in the process.

“The fact that people come out every month is unreal,” said Gray. “It’s humbling that some people call The Wave their favorite party in Boston, and it’s not even a year old yet. It just shows us that there are people here who appreciate good music and energy. Now people are comfortable with the day party idea. There are a bunch of day parties in Boston now and that’s great. That was the goal. We want to open Boston up for the young creatives and help create a place for them to flourish.”