The Top Internet Conspiracies That Led Us to ‘The Decision 2.0’ 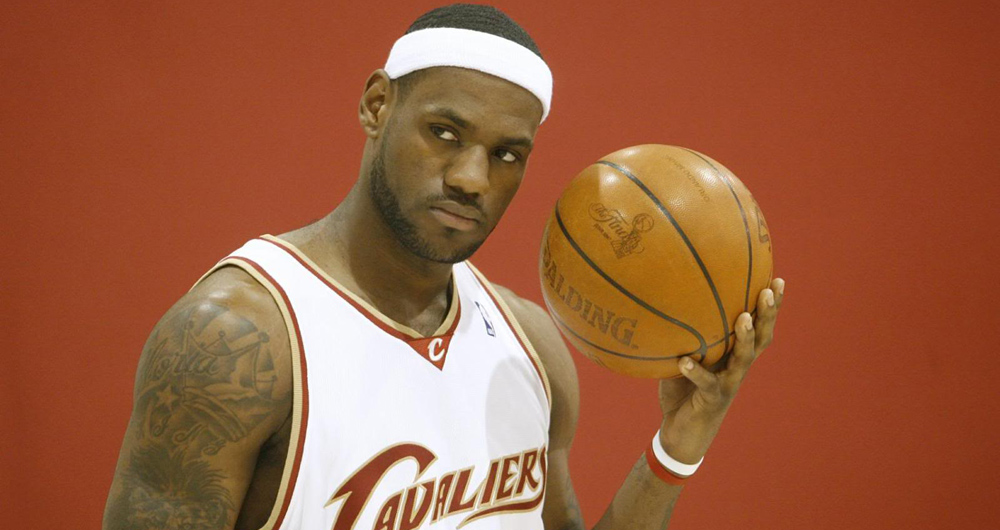 Forget about that NASCAR race up in New Hampshire this weekend. Forget that Argentina and Germany are clashing in the FIFA World Cup final on Sunday. Forget about how the NFL preseason is creeping closer and closer.

LeBron James has had the sports world in the palm of his hands since opting out of his contract with Miami. And now, James has finally announced on SI.com that he is going back home to Cleveland and signing with the Cavaliers.

Before this news broke though, #LeBronWatch2014 captivated America, even the more conspiracy-loving among us. The LeBron crazies came out in full force as the nation waited for the superstar’s next big decision.

Because the Internet is a vast and sometimes scary place to navigate, we’ve collected the most ridiculous conspiracy theories regarding clues that led to LeBron’s return to Cleveland for you right here.

Perhaps one of the most in-depth James-related conspiracy theories out there, someone took a deeper look into the coding for LeBron’s official website. A web developer friend of Grantland contributor Matt Borcas explained that the site had a few new pages built recently. These pages have no content on them but they do have a color palette: navy, crimson and gold.

This might have been a super nerdy way to look into where the superstar might sign but it was also one of the smarter and unique ones.

Caroline’s Cupcakes is a local cupcake shop in Canton, Ohio which is just 23 minutes south of Akron, at least according to Google Maps. In case you need a reminder, Akron is King James’ hometown. The cupcake shop posted on its official Facebook page that a friend of the store “who is directly tied to LeBron and his camp” swears that LeBron is coming home.

In addition to SI, it seems this cupcake shop scooped ESPN, “The Cleveland Plain Dealer,” and many other media outlets on this one. Caroline’s Cupcakes: come for the red velvet, stay for the inside info on the best basketball player on the planet.

Post by Caroline's Cupcakes.
Fellow free agent Mike Miller posted a puzzling Instagram on his official account recently. James’ former Miami Heat teammate posted a photo of himself in a middle of a jump shot and a motivational caption for himself along with it. Typical Instagram from a pro athlete right? Wrong. In the background one can see a collection of framed jerseys hung up on the side of the court he is at. One of them is a James No. 23 jersey from his time with the Cavs. Cleveland is currently pursuing Miller, as reported by ESPN’s Chris Broussard.


While the Easter egg in Miller’s photo is fun to speculate and got him a ton of free publicity, it’s likely that the veteran small forward might have just been just messing with people.

As the Internet discovered during the dog days of #LeBronWatch2014, the NBA Store does not allow its potential customers to create a Cavs jersey with the name “James” on the back. If you try to do so, the site gives you an error message stating: “We are unable to customize this item with the text you have entered. Please try a different entry again.”


Sorry to all the Mrs. James’ who would like to buy their husband, son or themselves a custom Cavs jersey. Sure, it’s weird that the NBA Store prevents you from buying a specific custom item but it’s not uncommon.


If you were to go to NFLShop.com right now and try to order a No. 18 Colts jersey with “Manning” on the back, you would get a similar error message. Sometimes teams feel the need to force their fans to move on with their attire, apparently. There’s no reason to believe the NBA Shop had any inside info on where LeBron wants to play in 2014. If the site did, they would already be taking pre-orders.

America’s impatience with LeBron’s latest decision was getting to an all-time high, clearly leading to people taking it upon themselves to figure out what he’s thinking. Despite the weirdness of some of these ideas though, all of those involved in these conspiracy theories now get the chance to gloat and tweet “I was right” now that James has officially announced he’s going back home.