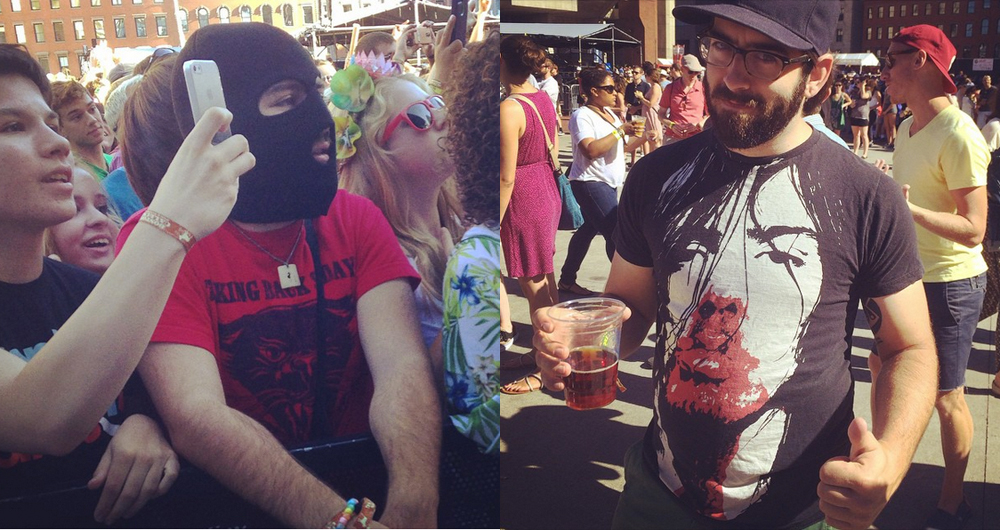 This past weekend, thousands gathered in City Hall Plaza for the fourth installment of Boston Calling, the multi-day outdoor music festival that has become the premiere biannual event for music lovers in our city. With highly anticipated performances from Lorde, The Replacements, Neutral Milk Hotel, Nas, and more, the weekend drew waves of different diehard crowds, as opposed to previous festivals, which drew a broader audience for the entirety. That said, the performances, in typical Boston Calling fashion, delivered in a big way, and despite some weather issues, the event created another pleasantly indelible memory in Boston music history. Here are some of the superlatives from the weekend:

Best Act: The War on Drugs

-Following an excellent release, “Lost in the Dream,” in March, the Philly rockers exceeded expectations, delivering the perfect Sunday afternoon set to make people forget about how abysmal our football team is.

-I didn’t expect much from this band, seeing as it is more or less a side project of fun., but they were among the most engaging of the weekend, and gave promising hints of pop rock that could very well end up in arenas some day.

-And boy did they know it. Lead singer Matt Healy fed into the whole screaming teenage girls thing all set, and even brought one lucky trembling tween up on stage for a serenade, which she excitedly recorded all of from her iPhone.

-It’s hard to measure talent unless your name is Simon Cowell. All I know is these Boston Conservatory grads have lots of it. From the multi-instrumental prowess of Mike Olson, to the mesmerizing pipes of lead lady Rachael Price, to the full-bodied harmonies of the band as a whole, the quartet is almost impossible not to enjoy.

Most Disappointing: Nas & The Roots

-Each performer delivered during this set, it was just the structure of the set itself that was a bit of a letdown. Nas played a handful of songs (many “Illmatic” tunes included, which was a plus) with solely a DJ, then The Roots joined him for a couple, and then The Roots closed the show with a set of their own. It wasn’t exactly what was billed, which was enough to send most people for the exits when Nas wrapped up. It was also the first time the festival has taken place on a 2-day weekend, which only added to the shrinking audience come 10 p.m. on Sunday night.

(Editor’s Note: this was meant in a literal fashion, but he’s also a good lookin’ fella too, so double points)