The rent is too damn high: Why Boston needs to be affordable 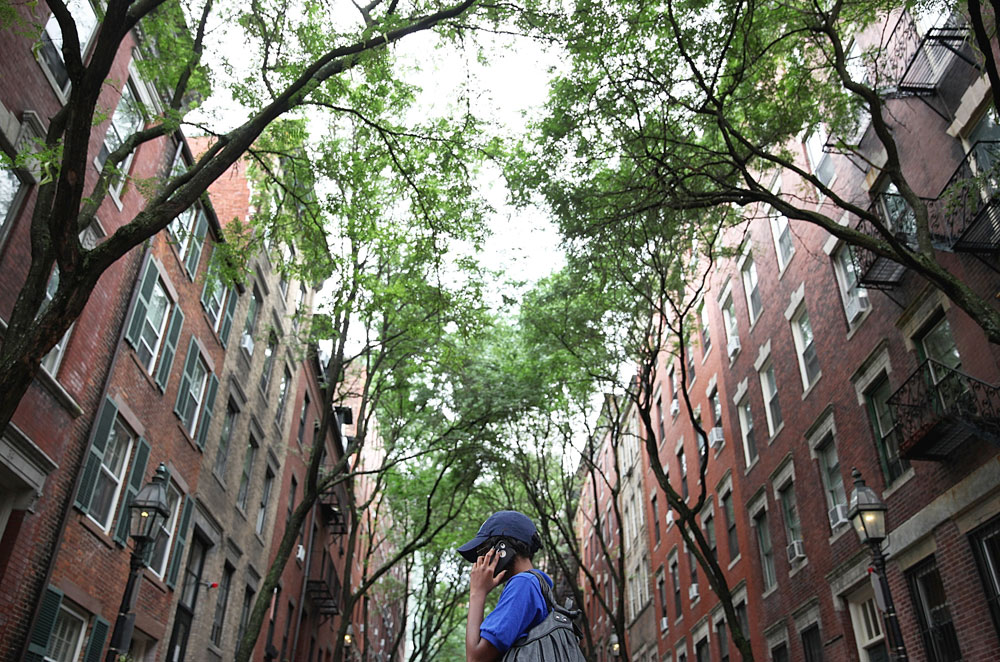 The Irish comic Dylan Moran – a personal favorite of mine – has a great bit comparing city life to the countryside. He ends the part by saying “Mobile phone tumors, far more likely in the city. Well, you know what? So is everything else, including sex, coffee, and conversation.”

Cities are places to be, and Boston is one of the best cities in the country to be. It’s got world-class universities, fantastic job opportunities, a vibrant arts community, and distinct neighborhoods, the sort that have disappeared in far too many American cities. Added together, these traits give the Hub the sort of energy that many mayors would kill to have in their towns. But these qualities also lead to a whole host of problems.

The influx of college students and young professionals, along with empty-nesters who have decided to move back to the city after raising their kids in the suburbs, has sent rents and property prices skyrocketing since the end of Boston’s decay in the early ’90s. As young folks living and working in Boston, we should know what’s happening and what needs to be done to fix it.

Boston’s real problem is that it is small, and with so many businesses, universities, and hospitals all competing for a limited supply of land, it makes sense that property prices would be high. That has led to a dangerous skew in Boston’s real estate market. Because the cost of land acquisition is so high, and because Boston is home to a disproportionately large number of high income families, developers are incentivized to build mainly luxury units. While this makes sense from an economic standpoint — after all, developers build high-end condos because people are willing to buy high-end condos — it has led to a real hollowing out of the city’s housing stock. We have a lot of luxury stuff, and there is state-subsidized housing for Boston’s poorest residents, but there is not much being built for people in the middle.

This has been recognized as a problem in the city for some time. Developers have had to pay into linkage funds designed to promote affordable housing since the late ’80s. Last year, Mayor Menino announced a plan to build 30,000 more units by 2020. But even with all of this centralized planning, the influx of people to the city, drawn by jobs and Boston’s quality of life, have made this problem a very tricky one to solve.

Finding solutions to this housing shortage is one of the many tasks given to Harry Smith, the director of Sustainable and Economic Development at the Dudley Street Neighborhood Initiative (DSNI), a community group that aims to promote growth in the Dudley Street area of Roxbury. One of Smith’s main concerns is that the forces of development will push the current residents out of the area. This will happen even faster if the focus continues to be on creating more luxury units — especially because as Dudley regenerates, this close proximity to the South End makes it even more attractive to developers looking to find the next hot neighborhood. “The larger economic argument that if you build more units, the cost will go down, that isn’t really the case on a neighborhood level,” he says.

DSNI has a lot of programs aimed to prevent this.  Probably the most successful has been setting up a land trust for current residents, under which the organization owns the land but the homeowners control the actual building — a move which has been instrumental in protecting homeowners from eviction and giving the larger community a voice in negotiations with developers. But moves like this won’t really solve the underlying problems that are putting pressure on Dudley in the first place.

Unfortunately for us, one of the things that needs to happen is that colleges need to build more dorms. According to city stats, there are over 27,000 students living off campus in Boston. Moving them onto university property could make a real difference by lowering competition for pre-existing units and bringing rents back under control. Another way to think about it is, if you give up your over-priced, roach-infested shithole now, you could probably afford to rent a nicer place in Brighton after you graduate. City Hall also has to make sure that every dollar that could be used to subsidize housing is actually spent. The Globe reported recently that the Boston Redevelopment Authority, one of the agencies that oversees development in town, has allowed millions of dollars earmarked for affordable housing to be diverted to other projects or left on the table completely. While none of this is illegal, it sets a really bad precedent, and could in the long run be disastrous for the city’s housing goals.

“I don’t think in the short run Boston will get off the list of least affordable cities,” says Smith. And to the extent that this is an indicator that hundreds and thousands of people want to live and work in Boston, this isn’t the worst problem for a city to have. But failing to address the shortage of housing in the Hub will only force the very people who make Boston so dynamic — young people, artists, and the middle class — out of the city. What’s left would be a city with only the very rich and the very poor. And that is a Boston that very few people will be flocking to.

Enter to win a pair of tickets to attend The Hess Collection Seminar and Dinner as part of Boston Wine Festival 2018 at the Boston Harbor Hotel on Wednesday, March 14th. END_OF_DOCUMENT_TOKEN_TO_BE_REPLACED

Boston band Funeral Advantage is Tyler Kershaw. And Tyler Kershaw had a fun childhood, so it seems. END_OF_DOCUMENT_TOKEN_TO_BE_REPLACED

Perry put me on to daephne and the album blew my mind. END_OF_DOCUMENT_TOKEN_TO_BE_REPLACED

While many have called out Davis since a video of her refusing to issue a marriage license to Rowan County residents David Moore and David Ermold went viral in July, relationship columnist and gay activist Dan Savage went a step further on MSNBC Tuesday night, saying that “this is about someone hypocritcally looking to cash in”. He added: “And she is a hypocrite.” END_OF_DOCUMENT_TOKEN_TO_BE_REPLACED