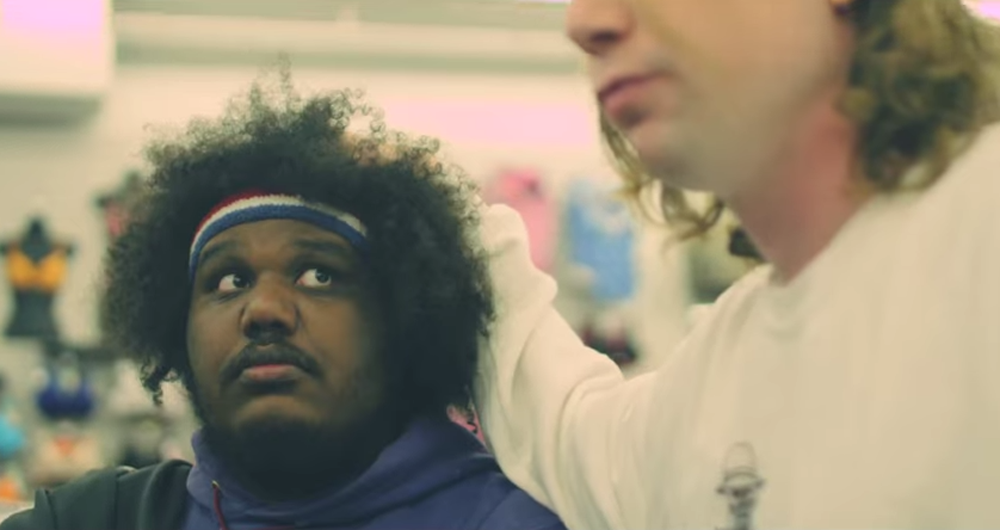 The “Rap-Up” is a bi-weekly series highlighting new hip-hop music out of Boston. For this installment (June 14-27), we have five new songs and videos including releases from Michael Christmas, Black EL, Deon Chase & Kareem $ully, STL GLD, and OG Swaggerdick.

Boston’s rising star Michael Christmas (AKA The Overweight Drake) dropped his first post-“Is This Art?” visual this week in the form of “Y’all Trippin’.” The project’s leadoff track has been one of its most well-received, and the Goldrush-directed video is making sure everyone that slept on it the first time around catches up on all that they missed. The clip, which takes place in New York City, is centered on a friendly conflict between Christmas and co-star OG Swaggerdick that eventually leads to a riveting dance-off in the depths of the Union Square subway station. It premiered on The FADER and amassed over 10,000 views in two days; it’s fair to say things are only getting bigger and better for Michael Christmas.
Black EL spent the fall and winter behind the scenes readying his summer resurgence, and with just one new song, he proved that timing is everything and the wait was well worth it. “Olde English 800,” produced by Durkin and Victor Radz, premiered on Pigeons & Planes and has racked up over 2,000 streams in two days. It’s remarkably smooth with what EL has deemed a “space wave” vibe—and it’s hard to argue with that description. The subtle, oscillating synths and hollow percussion make for the perfect backdrop, EL’s flow is elite, and the melodic hook is mesmerizing. “Olde English 800” is an exciting sign of what’s to come.
Deon Chase is on a roll. The rising emcee took some time off to hone his craft while he was away at school, but he’s back in the Bean now and has been dropping heaters consistently since the beginning of June. He recently connected with fellow Boston up-and-comer Kareem $ully for his latest, “For Show,” and it’s a seamless collaboration and one of his strongest releases to date. Both artists deliver equally impressive verses, and Deon’s smooth, melodic hook brings everything full circle.
The latest single from STL GLD—the newly formed duo made up of emcee Moe Pope and producer The Artcitype—takes on a more high-octane tone than past releases, but “PNYBOY The Hustler” is a must-listen nonetheless. The accompanying video features a group of female dancers twirling gracefully in a dark room laced with spotlights, bringing the clamoring instrumental to life and adding to the unique flavor of the record. STL GLD’s forthcoming album, “My Monday Morning Music,” is set to arrive on August 12 via AR Classic Records/Brick Records.
Boston’s rarest has been making waves across just about every social media platform with his infamous antics, but it had been a little while since he released any kind of new music. That changed this week, though, as OG Swaggerdick delivered a brand new single called “Hitman” with an accompanying Goodwin-directed video. Shot in Maine earlier this month, the clip features OG dancing everywhere, cooking burgers, missing layups, tossing branches into the ocean and much more. It’s expectedly odd and very enjoyable at once, and it has followers highly anticipating the release of his forthcoming project, “Game Boy Colored,” next month.