The Pretender: Why I Can’t Stand Dave Grohl 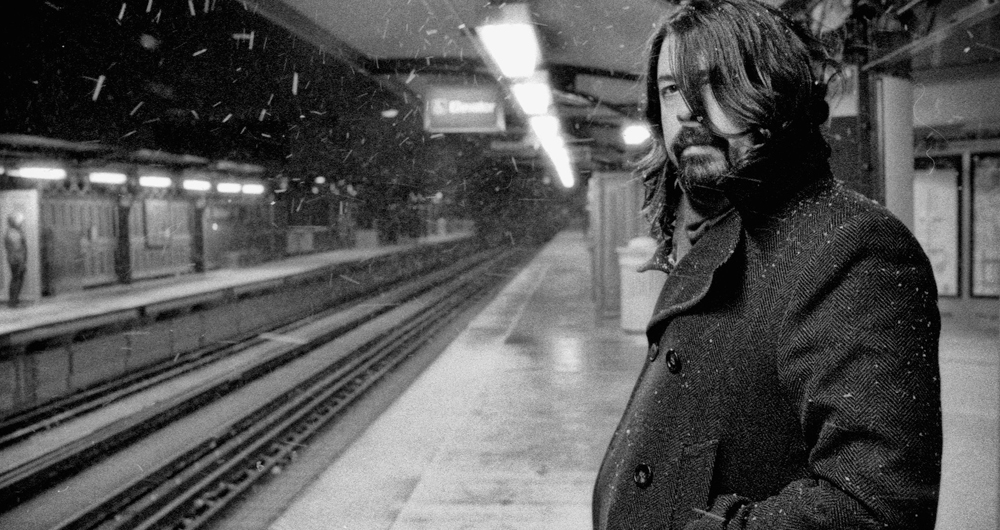 Editor’s note: With the news of Dave Grohl’s latest act of musical heroism (he apparently broke his leg during a show and kept playing), we thought we’d take a look back at one writer’s take on the Foo Fighters frontman.

I’ve got another confession to make: I can’t stand Dave Grohl.

I say this firmly, and people look at me like they just walked out of a warm porta-potty at Bonnaroo. Their face contorts to an expression somewhere between anger and confusion – they know they’re supposed to be appalled but forget why – until they finally blast out a large “WHAT?”

This is the usual exclamation, followed by a clunky sentence formed around the word “Nirvana.” There is no doubt that Grohl deserves respect for his work with one of the most important rock bands to ever make music, but calling the Foo Fighters rock ‘n’ roll is like calling Olive Garden authentic Italian food.

With a new documentary on HBO, an accompanying Foo Fighters album, and a recent piece on “60 Minutes” that began with Anderson Cooper saying “The Foo Fighters may be America’s best rock n’ roll band,” it’s time to rethink Grohl and the Foo Fighters.

The Foo Fighters never bothered me, in fact, I burned “Everlong” onto many a CD in my middle school years. It was all copacetic until one day, as I drove down I-95, a man on the radio said “Here’s the new one from the Foo Fighters! So pumped to hear another big one from these guys!” and he played “The Pretender.” Maybe it was the little slice of hype the radioman had prefaced with, but I remember thinking, “damn, this song is corny.”

That got me thinking, well, isn’t all their stuff a little corny?

“Best of You”? Corny. “My Hero”? Just look at that title. “Learn to Fly”? Could be a children’s book. It dawned on me: the Foo Fighters aren’t a great band. Or even a good band. They’re mediocre, and yet there seems to be this prescribed loyalty to them because Dave Grohl was in Nirvana, and you know a lot of their lyrics because they’re always on the radio. Give them a listen. Smack those lips together and digest. “I GOT ANUTHAH CONFESSION TO MAKE-UH!” To me, it tastes like a plastic chicken parm sitting in a half-inch of red water.

Music is subjective, so I wasn’t about to start telling people what to listen to. But, in recent weeks, a disturbing trend has taken hold: like learning a new word for the first time and then seeing it everywhere, Dave Grohl has invaded my life, tongue out, horns up, all over the Internet – interviews, memes, essays. It surpasses ubiquity. Grohl is getting the best, the best, the best of me. There is something about him that seems completely affected, like he’s trying to be the rock god people expect him to be, but he’s truthfully just a shell of this idea.

The tipping point was “Dave Grohl Wins the Ice Bucket Challenge,” in which he spends three minutes spoofing “Carrie,” trying so hard, and it works! The people rejoice! Because Dave Grohl is just so funny and cool and down to earth for a rock star. And that’s it, isn’t it? The reason why people love Dave Grohl is because he should be an asshole rock star, but he isn’t. Is that reason enough to respect him as a musician? Enough of a reason to continue to give him a free pass on everything? How much goodwill has he accrued simply by being goofy and omnipresent?

The Foo Fighters’ new documentary came to HBO in October, a new Foo Fighters album arriving synchronously on November 10. Grohl’s thesis in the show is presented early on: the city where music is recorded has a profound influence on how it sounds. Easy to agree with. During the first episode in Chicago, Buddy Guy talks about making instruments with rubber bands when he lived on a Louisiana plantation. His burning need to make music brought him all the way to Chicago, where he found success he never dreamed of. “I was looking for a nickel, and I found a quarter,” he says, in his smooth and soulful voice.

It was so pure and amazing that I wanted 30 more minutes of Guy’s story. Instead, the episode cuts to equipment tagged with the Foo Fighters logo being wheeled into a studio where the band begins to cut a song for their new album. This is when it becomes clear that “Sonic Highways” is nothing more than promotion for the Foo Fighters and their new record. “Sonic Highways” does not care about music, and neither does Grohl.

The Foo Fighters are the nexus of each episode. Everything comes back to the Foo Fighters trying to record an album in this “revolutionary way,” not the city and its music. The episodes are littered with profile shots of Grohl looking out the windows of public transportation as the city moves by – melodrama that reveals the show’s true thesis: rock ‘n’ roll is alive only because of the Foo Fighters.

Each episode ends with a music video of the new song as Grohl’s lyrics flash on the screen in a totally punk rock font (you just know he certified that decision with a set of devil horns and a “badass!”) as he screams in his trying-so-hard-to-sound-rock voice, “I was looking for a nickel, and I found a quarter!”

He rips the pure words right out of Buddy Guy’s mouth, Pollocks them on to a cheap Foo Fighters canvas and calls it art. For what gain? So people respect the new album? So that they buy the new album?

Despite the masquerade, “Sonic Highways” has its benefits. Kids who have never heard of Buddy Guy will go listen to his music, and that is a victory in itself. But it all comes back to the Foo Fighters, and it cheapens the entire project that Grohl can’t be happy with just having his name in the credits.

“But dude. Have you ever seen the Foo Fighters live?”

My chance came this year at the Firefly Music Festival. I finally gave myself a reply to this frequent rebuttal from Grohl supporters. The heart did not want me to go, but the head convinced me to give them a chance. So I stood there, and I watched, and I listened with 70,000 others as Dave Grohl came out and greeted his worshippers.

“ARE YOU READY FOR SOME ROCK ‘N’ ROLL, DELAWARE?”

Judging by the response, the masses were ready.

The Foo Fighters then went on to play a song with heavy distortion and simple, groan-y lyrics. After the song, Grohl grabbed the mic.
“I’m not the guy to preach in between songs, but I just wanna say…”

Dave Grohl talked in between every single song.

He gave some contrived speech about this was an amazing “rock ‘n’ roll” moment from his life. His Ozzy Osbourne Moment. This is verbatim:

“So we made a video, remember music videos? Like when MTV used to play… music. Those were the days!”

“Well we made a rock video where we made fun of this fuckin’ candy commercial for this shit called Mentos—you remember that shit? Probably most famous now for putting in a bottle of Diet Coke and creating a fuckin’ bomb-uh. Well back in the day, they had the dumbest fuckin’ commercials you’ve ever seen in your life so we made a rock video that was a parody of those commercials and when we made that rock video…”
“Pat Smear looked at me and said, ‘You know, people are going to be fucking throwing those things at us every night, you know,’ and I was like, ‘No. Our devoted fan base would never hit us with fucking pellet sized hard candies.’ Sure as shit the first time we went out on tour after that came out I got hit in the face a hundred times with fucking Mentos right in the face and those things are hard man. They’re like rocks. So we stopped playing the song man, it just hurt too much.”

Then, he said some shit about the World Cup, and after silencing the USA chants, he continued:

“Alright , hey man, check it out. Right now, forget about all that soccer, and lets play some rock ‘n’ fuckin roll, man…”

Huge cheers. Dave Grohl is the MAN. What’s more rock ‘n’ roll than a band who picks on a candy and loses? What a story. What a cool, down to earth dude. And throughout the Man of Few Words’ monologue, he kept saying fuckin’ and rock ‘n’ roll, like either meant anything at all.

I’m sure Dave Grohl is perfectly nice guy – smart, talented, and respectful of the religion that is rock – but this all becomes worthless when he tries to sell the Foo Fighters as the most rock ‘n’ roll band still alive. Seems like Anderson Cooper is the only one who buys that. Can you honestly say that their music inspires you? I’m sure it’s tied to some deep childhood memories for a lot of people, but its time to call out Grohl and the Foo Fighters for what they are.

Music is pure and honest and reliable and otherworldly, and it’s jeopardized when people create it for all the wrong reasons. And what’s worse is if it’s shaped for an audience. Or a dollar. The musicians don’t create it because they are driven mad by the fire inside them that throws them towards the craft.

Does Dave Grohl feel the need to protect his legacy? Does Dave Grohl want to keep the Foo Fighters name in the conversation? The Foo Fighters taste fake. They taste processed and soulless and repurposed. They try desperately to be something they’re not – real and raw and rock ‘n’ roll. In that regard, Dave Grohl is the perfect frontman.

The views of the author of this piece do not reflect the views of BDCwire as a whole.

Enter to win tickets to see Trio Da Kali at The Villa Victoria Center of the Arts (Newton, MA) on April 10th. END_OF_DOCUMENT_TOKEN_TO_BE_REPLACED

END_OF_DOCUMENT_TOKEN_TO_BE_REPLACED

Enter to win tickets to Rhye at The Paradise on February 28th. END_OF_DOCUMENT_TOKEN_TO_BE_REPLACED

Her new album has been pushed back, but we have Kimbra’s new single for you. END_OF_DOCUMENT_TOKEN_TO_BE_REPLACED

The folk duo returns with a new record this week. END_OF_DOCUMENT_TOKEN_TO_BE_REPLACED

Now that we’re done looking back at 2017, let’s look ahead at 2018. END_OF_DOCUMENT_TOKEN_TO_BE_REPLACED

Our first Song of the Week for 2018. END_OF_DOCUMENT_TOKEN_TO_BE_REPLACED

In a year when so many things were off, the music was right on. END_OF_DOCUMENT_TOKEN_TO_BE_REPLACED