‘The Opposite of Loneliness’ Continues to Resonate Every Grad Season 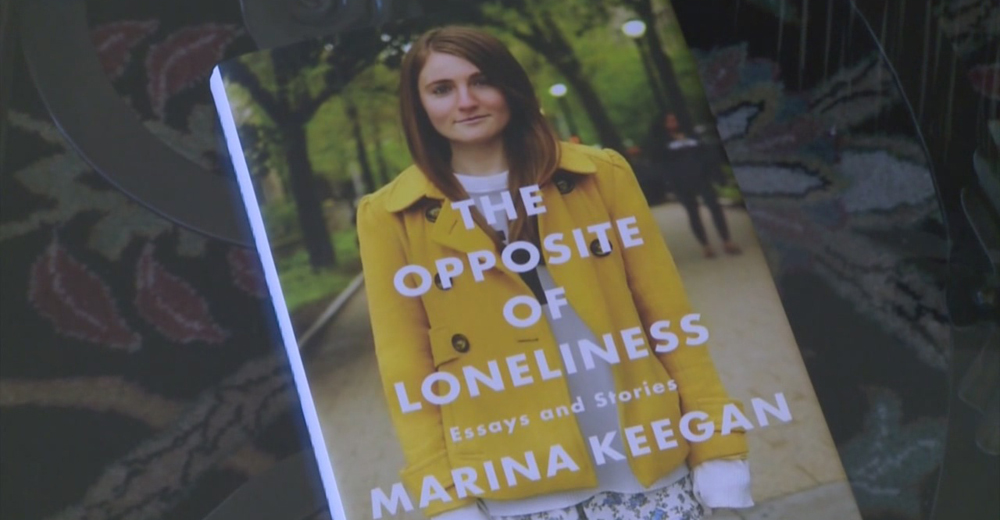 Grad season has come and gone in one quick toss of a graduation cap. For the whole month of May, schools around Boston and beyond have seen the class of 2014 leave their respective alma maters and walk blindly into the “next chapter.” My own graduation memories are filled with tearful goodbyes and hungover classmates, one of which wasn’t wearing any pants under his gown.

Painful memories all around.

But what I remember most about graduation wasn’t the actual event, but the days to come when reality sunk in. My college experience had consumed my existence for the previous four years. So what happens now? Realizing that the road map of life previously plotted out had ended, I began my next chapter. A chapter that is still being written, erased, crumpled, and torn into a mere semblance of what I want it to be.

Recently, my sister handed me a book and told me to read it. It was called “The Opposite of Loneliness.” “Read it, it reminds me of you,” she said. Odd. “Uh, thanks, but I’m not a suicide case,” I thought. Little did I know that my assumptions were to be extremely wrong after reading the first essay.

Marina Keegan, the author, was a 22-year-old Yale grad who was killed in a car accident in Dennis, Mass., in 2012 just days after graduation. Her next chapter was just beginning – she had been a bright student and was slated to work at the famed “New Yorker” after graduation. Her final essay that published in the Yale Daily News went on to be a viral sensation around the world. The book is a commemorative collection of essays and stories Marina compiled while at Yale.

When reading the titular essay, you can hear a familial voice reciting these words to peers. You can imagine a girl dressed in graduation garb reading her perfectly crafted speech to the entire class. It’s eerie, creepy, and beautiful all at the same time.

“I’m scared of losing this web we’re in. This elusive, indefinable, opposite of loneliness. This feeling I feel right now.“

Those words hit me in an instant. They threw me back to all the parties, classes, hook-ups, and dining halls, all the folderol of college life. The extreme sense of having everyone you cared about right there, just a text away from being close enough to touch.

She repeats how there isn’t a word for this feeling, this “opposite of loneliness,” and she’s right. Anyone who has gone to college knows there isn’t a time in your life quite like having all of your best buddies around and not having a care in the world except studying for the next exam. Then, she goes on to make a point: “Let us get one thing straight,” she writes, “the best years of our lives are not behind us,” recognizing the unspoken fear that every college graduate feels but is too scared to admit.

“The Opposite of Loneliness” encompasses every mixed emotion a young adult feels at some point, whether that be as a college graduate or college freshman. An incredibly well-written account of an immature point in one’s life when there is so much possibility

They don’t have a class in college called “your life.” There is no syllabus for adulthood.

But, after reading Marina’s pieces and hearing her story, I realized there really is no time like the present. Feel and do what you feel and do. The only person grading your paper of life is yourself, so make those next chapters worth reading to you.

Graduates – congratulations to you all. Now go get a job!

We ate vegan blueberry cake and it was amazing. END_OF_DOCUMENT_TOKEN_TO_BE_REPLACED

Dan Croll is a great musician and an even better person. END_OF_DOCUMENT_TOKEN_TO_BE_REPLACED

We kicked off the weekend with a visit from Sasha Purpura, Executive Director of Food For Free. Sasha was back to promote next month’s Craft for a Cause event, a craft beer festival celebrating the Central Square Cultural District. END_OF_DOCUMENT_TOKEN_TO_BE_REPLACED

Summer is the hungriest time of the year. Millions of kids rely on school meals, but in summer, the meals disappear. HGTV’s Taniya Nayak was in studio this morning to talk about Taste of the Nation this coming Tuesday, June 6, which benefits Share Our Strength’s #NoKidHungry initiative. Click here to get your tickets. END_OF_DOCUMENT_TOKEN_TO_BE_REPLACED

Community Servings provides nutritious meals to individuals and families living with a variety of illnesses. Stephanie Carrigg was in studio this morning to talk about this year’s Meals4Moms program, where your contribution not only helps feed moms in need, but nets you some great goodies for a mom in your life. END_OF_DOCUMENT_TOKEN_TO_BE_REPLACED

Continuing our month-long series spotlighting videos we hope will inspire you think. END_OF_DOCUMENT_TOKEN_TO_BE_REPLACED

The first in a month-long series focusing on new songs that go a little deeper. END_OF_DOCUMENT_TOKEN_TO_BE_REPLACED