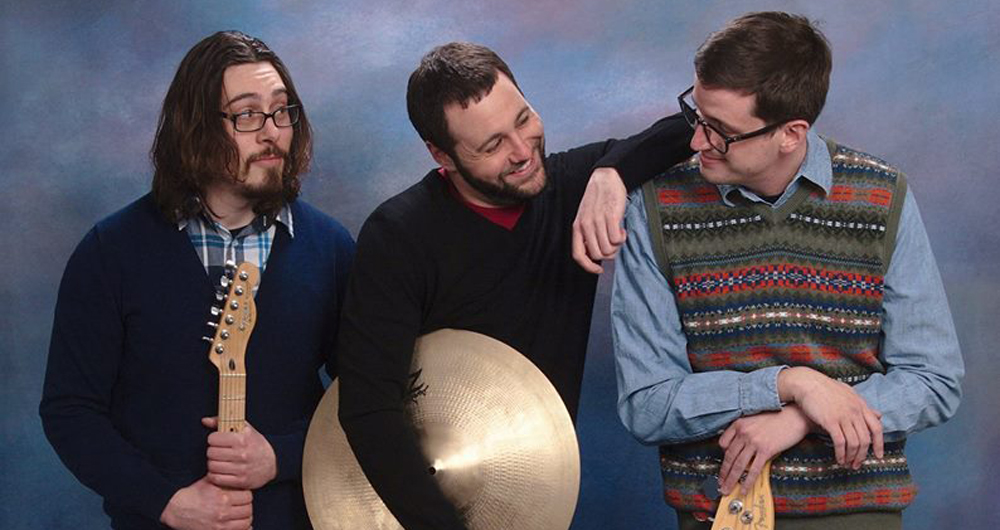 Allston power trio The New Warden has been energizing the young neighborhood for upwards of seven years now, finding a niche audience of pop punk revivalists and a second home at O’Brien’s. After a 2012 full-length, “Still Life,” a handful of EPs, and several small tours of the northeast, the band has connected with Death to False Hope Records, who have put out the band’s new EP, “Lightspeedugly.” Furious in pacing and bent up in sentiment, The New Warden’s latest material is a pleasant collection of resilient slacker anthems– a feel good album for those who tend to feel slightly shitty on the reg.

Modeled after snotty garage heroes of yore, the band takes these aggressive structures and translates them into something that could hit the pop punk resurgence directly on the noggin, being rebellious in spirit, but palatable enough in execution. “Lightspeedugly” shows that, with only three components, The New Warden continues to refine and fill out its sound with every effort. Look for them, typically at O’Brien’s, and check out the new EP, streaming above, or for download via Death to False Hope Records. While you’re at it, take a little fuel for for your Friday and check out the band’s picks for a coffee drinking playlist.

“Our favorite coffee jam. As great as this song is, we generally don’t condone drinking coffee to fuel your jealous rage. Instead, remember this: get in the van. But put on a fresh pot first.”
“The ultimate late night coffee song, this one speaks to the occasionally relaxing and romance inducing effects of our favorite caffeinated beverage. Otis needed little in the way of sleep, instead preferring to spend his nights crooning and swooning. An inspiration to us all.”
“It’s strange to think this album came out 11 years ago (!!!), but this stuff is still an audio turbo shot.”
“Sometimes you just need something warm and reassuring to lace your fingers around while your world collapses. This is a sad song off one of the saddest albums of all time. Put on a fresh pot and grab a stack of kleenex.”
Drink 3 cups of the good stuff a bit too quickly, give the volume knob a good stern twist and let the melodica in the intro take you to a caffeinated wonderland where there’s echo on the drums and air guitars for everyone.