The Masters: who to watch for, even if you aren’t a golf watcher 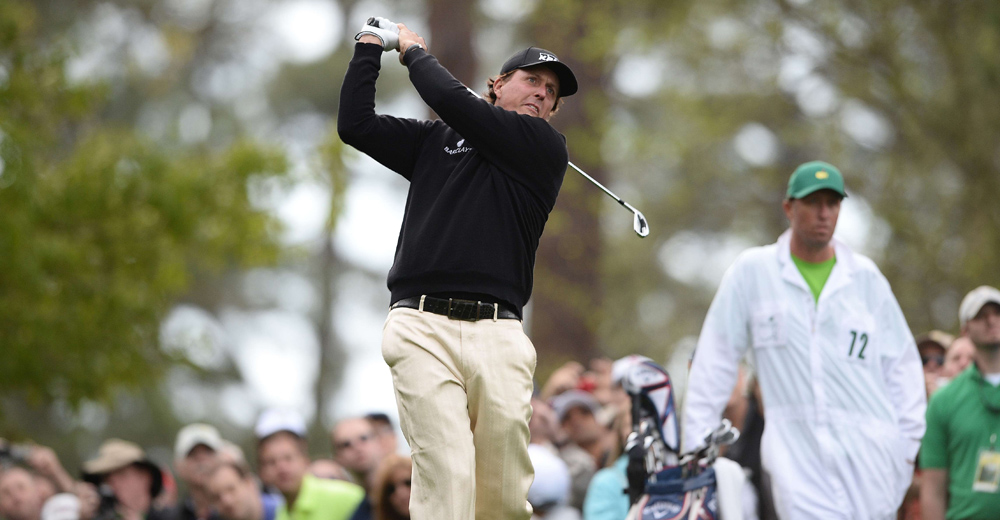 I’m going to go out on a limb and assume that most, if not all, of you reading this are not often asked, “hey aren’t you so pumped for the big golf tournament this weekend?” Or something to that effect.

Even if you love to play golf, watching it on TV can get a bit tedious. It’s a slow game, there’s very little action and most televised golf takes place in the spring and summer on weekend afternoons, when it’s usually far more appealing to be outside doing something (like, say, playing golf) than sitting on the couch.

The Masters is different though. It’s one of golf’s four majors but of those four (the others are the U.S. Open, The British Open or Open Championship and the PGA Championship), The Masters is the crown jewel. And while there are certain objectionable qualities to the proceedings – Augusta National in some ways represents the epitome of slow-to-adapt, southern, white male, fat cat culture – at the end of the day the tournament itself, the actual competition, the course and all of its intricacies, make The Masters the most prestigious and widely respected tournament in the sport.

This edition of The Masters, the 78th to be precise, will feel a little bit different than most. Yes, the winner will still wear a green jacket, the azaleas and magnolias and sheer lushness of the entire enterprise will still hypnotize fans and media folks alike and Jim Nantz will still say “Hello, friends,” each time he shows up on your TV sporting that slightly creepy grin. It’s the absence of Tiger Woods, still the most visible, popular and high-profile golfer since Jack Nicklaus, which changes things somewhat.

Tiger, who has won four green jackets, will sit the weekend out due to a back injury and even though he hasn’t been the same player since the car wreck/adultery/porn star-fueled calamity that befell him around Thanksgiving 2008 (he’s not won a single major since after winning 14 in 11 years), there’s a real void with him not being around, with Phil Mickelson perhaps summing the situation up best, saying, “as much as I want to win, it makes it even more special when he’s in the field and you’re able to.”

The gravity and prestige of The Masters will ultimately allow the event to thrive despite Tiger not being there. And of course, the rest of the field consists of the best of the very best in golf. So with that, let’s look at a few segments of the competitors.

Mickelson is the biggest name in this group and he’s won at Augusta three times already. He’s 43 now and has been dealing with a bothersome back but he can still rip it and compete with anyone when it matters most, as evidenced by his win at the British last summer. It’s tough to imagine him not being on one of the first two pages of the leaderboard at the very least come the weekend.

Other veteran players to keep an eye on include Angel Cabrera (2009 champ, last year’s runner-up), Henrik Stenson (two top-threes in majors, three wins in non-majors in 2013), last year’s winner Adam Scott, who, with a win, would join the incredible company of Tiger, Jack and Nick Faldo as the only players to repeat in Masters history and even Rory McIlroy, who is hardly a typical vet at just 24, but has a couple of majors under his belt already and on the other side of the coin, a big-time Augusta el foldo on Sunday in 2011, when he stumbled to an 80 (43 coming in) after starting the final round with a three-shot lead. Perhaps that collapse gives McIlroy some extra motivation. Perhaps Scott makes history. Regardless, none of these guys winning would constitute a real surprise given each of their pedigrees and experience.

There are a host of younger players who have all been right there, be it at Augusta or another major, but haven’t quite been able to finish the job. Scott probably led that group before finally breaking through last year so now, the top name on the list is definitely Jason Day, a 26-year old Aussie who has two top-threes at The Masters already, as well as a couple second place finishes at the U.S. Open and a top 10 at the PGA. If anyone knows what it’s like to knock on the door only to not quite get in, it’s Day.

Among the rest of the top guns who’ve yet to break through are Dustin Johnson, Hunter Mahan and fashion-plate/Zac Efron doppelganger Rickie Fowler. All three are considered among the best in the world and each could easily take home his first major this week. And then there’s the group that’s won a major, just not this one, which includes Justin Rose, Graeme McDowell, Jason Dufner and Holliston’s Keegan Bradley. Each of these guys have the game to win. But do they have the temperament? For all the skill and talent required to succeed at it, golf is a giant head game through and through. He who can handle the pressure, particularly at a place like Augusta, possesses a big advantage.

Winning at The Masters requires much more than just talent and having what it takes between the ears given all the quirks, oddities and ridiculously difficult shots at Augusta. Only three times in Masters history – once since 1979 – has a first-timer won, which is why it’s nearly impossible to fathom any of the newbies being able to finish the job (for more evidence, again see McIlroy in 2011 at age 21). That being said, there’s a wave of supremely gifted up-and-comers pervading the sport these days and they probably shouldn’t be ignored.

There will be 24 players making their maiden voyage to Augusta this week and among them, the most notable contenders are Jordan Speith, 20, who is already the 13th ranked player in the world, Patrick Reed, 23, already a three-time winner just three months into the year, Jimmy Walker, 35, who has also pulled off a trifecta this year in just eight starts, Matt Jones, 33, who won last week in Houston and Steven Bowditch, 30, who won the week before that in San Antonio.

Will any of these guys win? Unlikely. But at the very least, they will begin to discover the necessary requirements to winning down the road. And maybe grow up a little bit before our very eyes.

The Black and Gold continue their run tonight at TD Garden. END_OF_DOCUMENT_TOKEN_TO_BE_REPLACED

Who will make the Class of 2018? END_OF_DOCUMENT_TOKEN_TO_BE_REPLACED

It’s been awhile since we talked Black and Gold. END_OF_DOCUMENT_TOKEN_TO_BE_REPLACED

You’re going to wish you were in the Northern Alps. END_OF_DOCUMENT_TOKEN_TO_BE_REPLACED

END_OF_DOCUMENT_TOKEN_TO_BE_REPLACED

Bill might be “on to Tennessee,” but we’re not. END_OF_DOCUMENT_TOKEN_TO_BE_REPLACED