The longest album title ever? 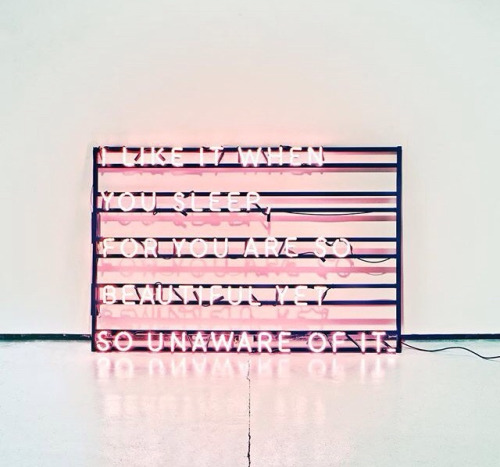 On February 26, The 1975 release their sophomore effort ‘I Like It When You Sleep, for You Are So Beautiful Yet So Unaware of It.’ Is this the longest album title ever?

I have no idea. And to be honest, I’m not about to do the research. Leave that to some kid at Stereogum or another music blog. Hell, it’s probably happening right now: some intern is going ham on Google, compiling a list of The Longest Album Titles Ever. And it’ll probably hit your feed right around the time the new 1975 album drops.

From me, you get a short list of really long album titles dictated by my fuzzy memory. The first that comes to mind is Mogwai‘s 2011 release ‘Hardcore Will Never Die, But You Will.’ Not as long as ‘I Like It When You Sleep, for You Are So Beautiful Yet So Unaware of It,’ but still pretty long. And a great album, too.

OK, so this isn’t an album title, so it’s kind of going against the spirit of this piece. But, then again, the true spirit of this piece is its half-assedness, so I guess it makes sense. “My Love Took Me Down To The River To Silence Me” is a song from Little Green Cars‘ 2013 album ‘Absolute Zero.’ Looong title.

So now I’m regretting this. Love the concept, hate the execution (read: I’m too lazy to execute it properly). I’ve now resorted to pilfering my iTunes for long album titles. Here’s one! ‘Give The People What They Want In Lethal Doses,’ Challenger‘s excellent 2004 effort.

And let’s not forget last year’s amazing album from Beach Slang, ‘The Things We Do To Find People Who Feel Like Us.’

And while ‘The Take Off and Landing of Everything’ isn’t the longest of the lot, it’s long enough to make my shoddy list. And it’s Elbow. And Elbow is always good.

Thanks for sticking with this. I’d like to say I’ll try harder next time, but I think we both know I’d be lying if I did.

Enter to win tickets to see Trio Da Kali at The Villa Victoria Center of the Arts (Newton, MA) on April 10th. END_OF_DOCUMENT_TOKEN_TO_BE_REPLACED

END_OF_DOCUMENT_TOKEN_TO_BE_REPLACED

Enter to win tickets to Rhye at The Paradise on February 28th. END_OF_DOCUMENT_TOKEN_TO_BE_REPLACED

Click here to see where we’ll be the rest of the season! END_OF_DOCUMENT_TOKEN_TO_BE_REPLACED

END_OF_DOCUMENT_TOKEN_TO_BE_REPLACED

Enter to win a pair of tickets to attend The Hess Collection Seminar and Dinner as part of Boston Wine Festival 2018 at the Boston Harbor Hotel on Wednesday, March 14th. END_OF_DOCUMENT_TOKEN_TO_BE_REPLACED

The Black and Gold continue their run tonight at TD Garden. END_OF_DOCUMENT_TOKEN_TO_BE_REPLACED

Her new album has been pushed back, but we have Kimbra’s new single for you. END_OF_DOCUMENT_TOKEN_TO_BE_REPLACED