The Knuckles: NFL Foolishness and the Lowest of the Low for ESPN 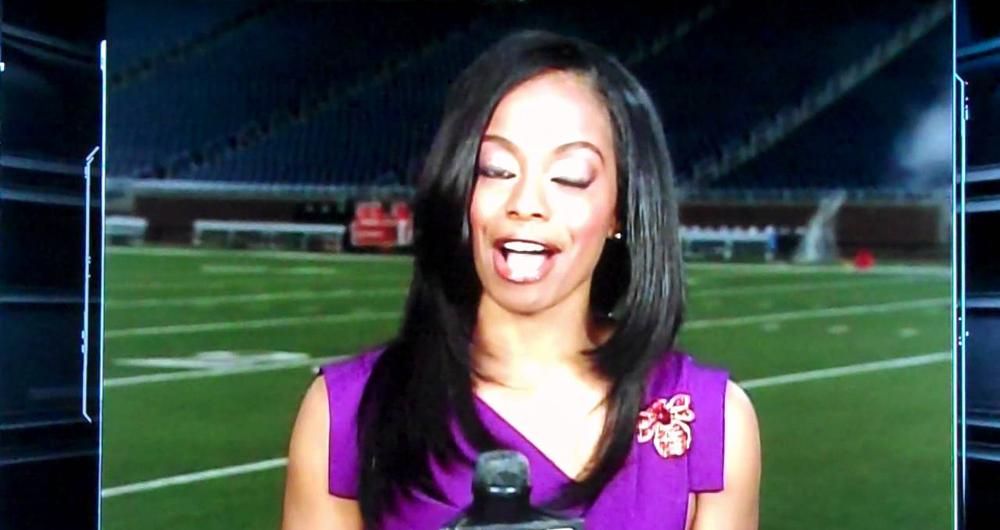 The summer may be almost over but The Knuckles are forever. This week, we’ll give the Red Sox a respite from our piling on and devote an entire page worth of Knuckles to the NFL, the gift that keeps on giving when it comes to pure, unadulterated knuckleheadedness. Within, you will learn about stupid helmet-to-helmet hits, players getting caught driving a car baked and not understanding why that’s illegal and salaciousness/ridiculousness masquerading as legit TV reporting. But don’t take my word for it. Read on and shake your head solemnly at this week’s well-deserving winners of The Knuckles!

This column only runs once a week, making it difficult to keep up with and subsequently note why ESPN is the Golden Knuckle of mainstream television networks. The Worldwide Leader doesn’t just belong on the Mt. Rushmore of The Knuckles, it pretty much is the Mt. Rushmore of The Knuckles. But sometimes, we need to forget that its standing as one gigantic knucklehead in TV station form is a given and give credit where credit is due. Yesterday was one of those times.

SportsCenter, the network’s signature show and, along with “First Take,” the ultimate showcase for knuckleheadedness, ran a segment from St. Louis Rams training camp in the morning. The piece featured a live standup from reporter Josina Anderson, who was asked a question about rookie defensive end Michael Sam. In case you forgot, Sam became the first openly gay player in NFL history when he was chosen in the seventh round of May’s draft after coming out publicly in February. During the discussion, which began with a question regarding how he’s fitting in with his teammates, Anderson, after mentioning some positive remarks spoken by Rams veterans about Sam, pointed out that a nameless Rams player told her that Sam “is respecting our space,” while also relaying that same player noting that from his perspective “he seems to think that Sam is kind of waiting to take a shower, as not to make his teammates uncomfortable.”

And after that, Anderson discussed asking Rams defensive standouts Kendall Langford and Alec Ogletree what Sam’s showering schedule is but that they told her they weren’t keeping track. Yeah, way to be there with the real goods for Josina, dudes. Nice job.

This is so so absurd, such a waste of time as well as a complete and total “who in the hell would possibly care?” thing to even think, let alone report on national television. There is not one single, solitary player in the NFL other than Michael Sam about whom this conversation would occur which in itself is a massive bummer. But the fact that ESPN chose to traffic in it is yet another attempt by the network to appeal to the absolute lowest common denominator while foregoing not only far more pertinent information about both Sam and the Rams but also at least some small measure of common decency. It really was pathetic, but not terribly surprising.

Luckily, Rams star defensive end Chris Long swooped in to point out to the folks at the WWL just how ridiculous they are.


Dear ESPN, Everyone but you is over it.

Nice one, Chris. If there were a Golden Anti-Knuckle, it would be all yours.

This story is so great and I love it so much that it’s bound to wind up on some Lifetime Achievement edition of The Knuckles somewhere down the road.

It goes like this: last week, Pittsburgh Steelers running backs Le’Veon Bell and LeGarrette Blount (another ex-Patriot – we’re two-thirds of the way to an all-ex-Patriot Knuckles, guys!) were arrested for possession of marijuana barely a couple of hours before a team flight to Philadelphia for a preseason game against the Eagles. It seems Bell was driving Blount and a buddy of theirs around when a cop next to them at a red light smelled strong whiff of weed coming from the driver’s side window, which was a quarter of the way open, according to the official criminal complaint filed against Bell. When the cop approached the car and told Bell he’d been pulled over due to the pungent odor, Bell said that there was no pot in the car but that he, Blount and the other guy had smoked “about a minute ago.” He would then tell the cop that the three of them had smoked “within the last two hours.” Awesome.

But here’s the best part. When the cop told Bell he’d be charged with a DUI, Bell, according to the cop, allegedly said, “I didn’t know you could get a DUI for being high.”

Folks, one of the best things about The Knuckles is that a fair amount of the time, no commentary is necessary. Just the facts. And then, spit out your coffee and fall on the floor laughing.

There are knuckleheads and there is Washington safety Brandon Meriweather, a guy who is a legitimate contender for dumbest player in the league.
Meriweather, the former Pats first round pick best known in these parts for expressing excitement about seeing “the big bang clock” prior to a road trip to London, got popped for an illegal hit to the head in Washington’s preseason game against Baltimore this past weekend. He will be suspended for the first two games of the regular season for what was referred to as “a forceful blow to the head and neck area of a defenseless receiver with no attempt to wrap up or make a conventional tackle.” It was the sixth, count ’em, sixth time in Meriweather’s career that he’s been disciplined for this kind of hit. He’s been in the league seven years, this upcoming season set to be his eighth.

In summation, that means that in seven, going on eight years, Meriweather, who has also played for the Chicago Bears in addition to the Pats and Washington, has not been able to adjust his wild, out of control playing/tackling style to suit the parameters of the league’s rules. Forget what you think about those rules for a second – there are indeed far too many of them and, as has been written in this space before, the league is doing everything it can to make it impossible for defensive players to effectively play defense – and think about that for a second. Seven-plus years in the league. Six suspensions/fines/disciplinary actions for doing the same thing. Einstein did say that the definition of insanity is doing the same thing over and over and expecting different results.

In addition to being an idiot, Meriweather isn’t a very good player. He can’t cover anyone, has hands of cement and routinely takes the worst possible angle to track down an open receiver or come over the top to help in coverage. His two Pro Bowl berths as a Patriot should tell you all you need to know about the legitimacy of making the Pro Bowl. But regardless of what anyone thinks of this most recent brush with the NFL law, his most obvious, prevailing quality as a player is that he’s a complete knucklehead.