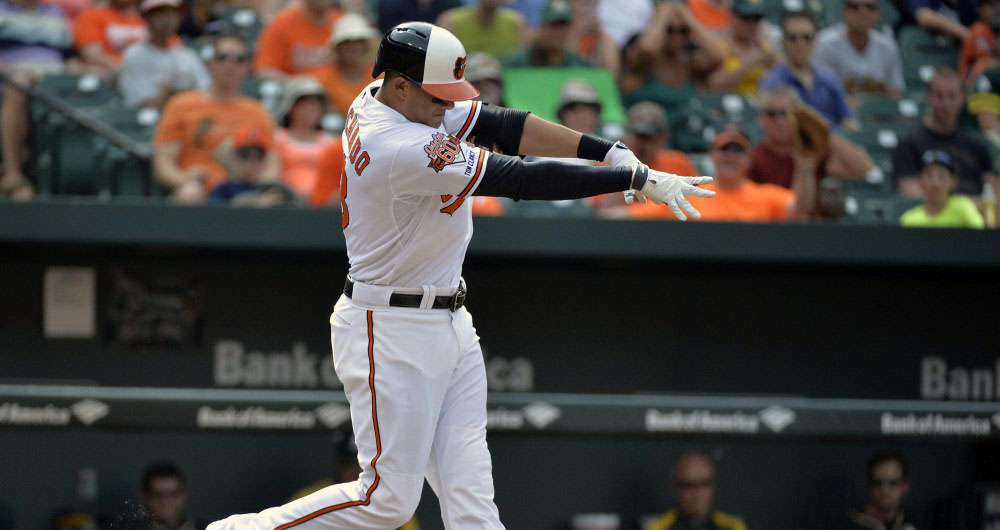 In the illustrious, one-month history of The Knuckles, we’ve yet to see a week so lush with talent. In compiling this week’s winners, it took us about five minutes to make the list of those who displayed just the right combination of skill, heart and determination to be crowned bronze, silver and gold medal winning Knuckleheads. Know this, aspiring winners: There’s no science to being a Knucklehead. Just work hard, eat your Wheaties, say your prayers before bed every night and maybe you can bring home a Knuckle of your own. So with that, let’s take a look at this week’s winners.

Really, can you think of a better choice? The timing of this Golden Knuckle might be slightly off considering their 1-0 win last night but that doesn’t change the fact that they just had a horrific week in the midst of a horrific season.

It’s sad and even kind of depressing to spend too much time thinking about what a mess the Sox are, so let’s just look at a few numbers. Even with last night’s win (just their first of the season when scoring less than three runs, a mind-boggling stat), the Sox are 9-16 in their last 25 games. They are hitting .237 with runners in scoring position. They are batting just .245 as a team and have scored 253 runs, 19th in the the league and putting them on course to be the lowest scoring Sox team since 1992. Their outfield is hitting under .230 collectively, by far the worst in the majors, and on pace to be the single worst outfield in the past half century.

But alongside those and other brutal numbers, perhaps most inexplicably of all, has been the absence of anything substantive from their two leaders, Dustin Pedroia and David Ortiz. Those two are 36-of-181 combined since May 15, a .199 average. That’s as bad as it looks. And it doesn’t matter what the young players do or whether Stephen Drew is on the team or if they re-sign Jon Lester or if they all stand on their heads for an hour before every game. If Pedroia and Ortiz don’t give them something, anything, you can pretty much close the book on the season.

Ortiz hit a patented, ninth-inning, game-winning homer on Sunday night against Detroit to save the Sox from a sixth straight loss and second straight sweep. And it was such a meaningful, momentum changer that the next night, the Sox were three-hit by Baltimore’s Bud Norris, who came in 12 games under .500 and sporting an ERA of over 4.50 in his career. Then last night, facing Chris Tillman, whose ERA was 12.56 over his previous four starts, they scored just the one run. Gross.

The Sox are a bad team and the longer the season goes on without them getting hot and going on some sort of run (the seven game winning streak of a couple weeks ago doesn’t count since it was bookended by 10-game and five-game losing streaks), the less chance they have of changing that. Last year’s Sox were champions and they and their fans will always have that. But this year’s Sox are just a bunch of Knuckleheads. 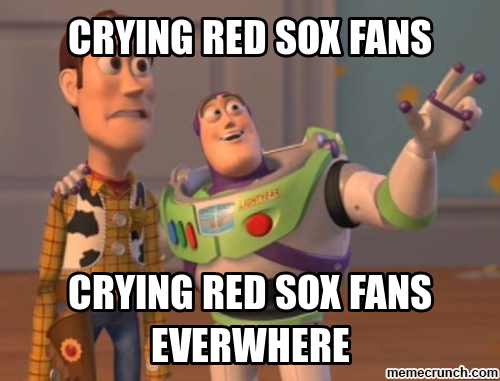 Remember last week’s edition of The Knuckles, when MLB earned itself the most prestigious of all Knuckles, the Gold? Well, the powers that be in the league office made the list again thanks to another bout of nonsensical stupidity.

On Sunday, Baltimore Orioles third baseman Manny Machado launched his bat at Oakland A’s pitcher Fernando Abad after swinging and missing in the eighth inning of an eventual 11-1 loss, the bat winding up down the third base line. The previous two pitches from Abad were high and tight, most likely due to a benches clearing incident Machado sparked two days earlier when he got in A’s third baseman Josh Donaldson’s face after what he perceived to be an overly aggressive tag on the base paths (note: it wasn’t remotely overly aggressive). Donaldson was drilled later in that game and then on Sunday, before his bat throw, Machado nailed A’s catcher Derek Norris in the helmet on his backswing twice in one at-bat, causing Norris to leave the game.

But the reason why MLB wins the Golden Knuckle prize and not Machado is that the league suspended Machado for five games, which is one less game than Red Sox pitcher Brandon Workman got for throwing behind, but not hitting, Tampa Bay’s Evan Longoria two Fridays ago. And don’t forget, Rays’ pitcher David Price, who DID hit two Red Sox in that same game, was neither suspended or fined. Oh and for good measure, Abad, who again threw two pitches in the vicinity of Machado’s noggin preceding the bat toss in the Orioles/A’s game, received a fine and nothing more.

So to sum up, what we have here is Baseball operating with no distinct, consistent set of rules or regulations, doling out punishments for various transgressions without a shred of sense or balance. Throwing a bat at a player is less of a crime than throwing a ball and not hitting a batter with a pitch is worse than actually hitting one. One pitcher gets six games for throwing at or near someone, another gets fined, not suspended and another gets neither punishment despite being the only one of the three to drill someone. And again, the bat-tosser gets less than the pitcher who didn’t hit anyone. Got it? Good. And if you think I’m grasping here, no less of an authority than ESPN reporter Buster Olney, one of the most plugged in, respected writers out there feels the same way.

Brandon Workman threw a baseball at Longoria and got 6 games; Abad did it and got zero. Machado threw a bat, gets 5 games. Zero consistency.

The 5-game suspension for Machado sends a message that it's less of a crime throwing a bat at someone than a ball. Which makes no sense.

What an embarrassment for Major League Baseball. Hooray, its the first repeat Knuckle Award winner. Congratulations. 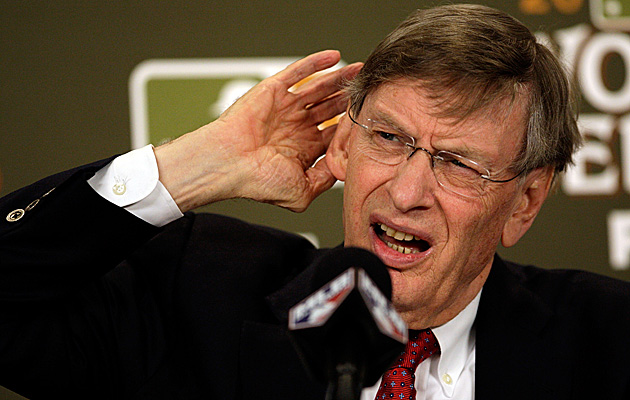 In the interest of full disclosure, I can’t stand LeBron. His monumental lack of self-awareness borders on delusion and while I suppose it’s to be expected given that he’s been told he’s god since before he’d hit puberty, it’s still incredibly off-putting. From The Decision to his indirect disrespect of Bill Russell to his whining about how put upon he is to the endless flopping (he and teammate Dwyane Wade flop more than anyone in the NBA and everyone flops), I’d be pleased to just not hear him talk for a while. But in light of the torrent of criticism he faced after failing to finish Game 1 of the Finals against the Spurs last week because of severe cramping and the Heat subsequently getting blown out after he left the game, I actually felt a little sympathy for him. Stop traffic.

Look, anyone who criticized LeBron for having to leave that game, called him out for any lack of toughness or made any allusions, directly or indirectly, that he’s not a true winner or champion in lieu of the his injury, is either an idiot or trolling. Sure, every player on both teams had to deal with the conditions brought about due to the AT&T Center’s air conditioning being broken and yes, LeBron was the only one who cramped up to the point of not being able to walk in the 90-degree temperatures. But this is a guy who has now led his team to four straight Finals and two straight titles. He has averaged 30 and 26 points per game in Miami’s last two championship runs, to go with 10 and 8.5 rebounds and 5.6 and 6.6 assists respectively. The numbers and the irrefutable evidence to support both his greatness and his championship pedigree go on and on and on.

And although the Heat needed a go-ahead 3-pointer from Chris Bosh with 1:18 left and four straight late missed free throws to dispatch the Spurs in Game 2, LeBron completely owned that game. He commanded it, after almost three full days were spent chock full of morons calling him out. The only adjective better than dominant to describe his performance in Game 2 was predictable. You may not like him, which is certainly your right. I certainly don’t. But to not respect his greatness, to question it or to not recognize it, makes you a total knucklehead. 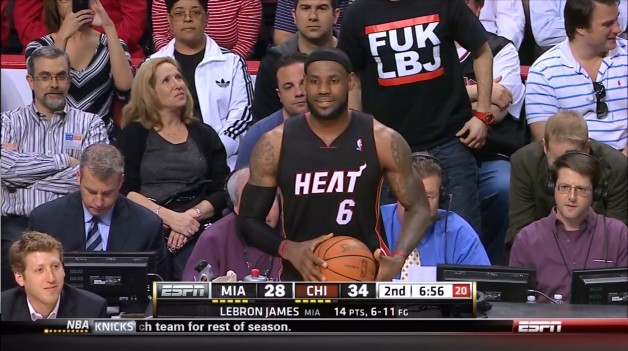