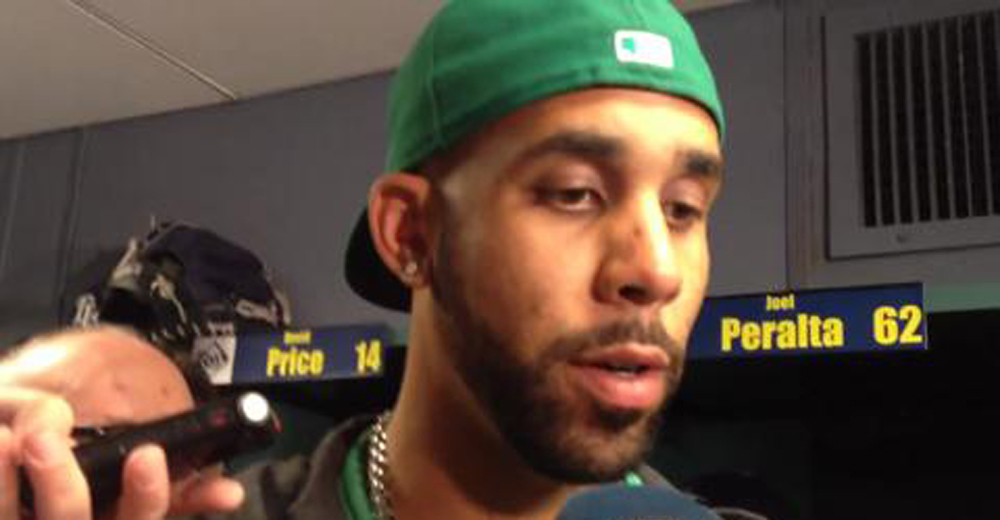 Being a knucklehead really knows no boundaries. You can be a rich golf pro, a clueless major league baseball pitcher, a football writer specializing in statistical analysis or a massive, international conglomerate. It doesn’t matter. Knuckleheadedness don’t discriminate (unless they’re named Donald Sterling). So to this week’s winners of the The Knuckles, the newly minted award program that’s sweeping the nation, we say this: You’re a knucklehead. Wear your honor/shame with the pride such an honor deserves. And with that, let’s get to this week’s winners.

Even if your regular sports intake is minimal, it was hard to escape the story from earlier in the week, courtesy of the Worldwide Leader’s Pro Football Focus, which stated that, because of a couple of highly specific, somewhat cherry picked analytical information, Patriots quarterback Tom Brady is no longer a top 5 NFL signal caller and is in decline.

Forget for a moment that this particular study features a number of glaring holes (for example, writer Sam Monson notes that Brady “is not in [Peyton] Manning’s class when it comes to mitigating pressure. Brady was sacked more than twice as often as Manning last year despite experiencing pressure on 10 percent more plays.” By not taking into account variables such as missed offensive line assignments which led to sacks, incorrect routes run by receivers which led to Brady holding the ball longer than expected or even whether or not Brady’s targets were simply well covered more often than Manning’s, or at least not acknowledging such info, Monson’s analysis renders itself flawed and incomplete). That’s not the real problem, nor is the fact that anyone who has ever watched a football game already knows that Brady, soon to be 37 years old, has indeed declined somewhat from the apex of his powers (think 2007-2010 or thereabouts).

The problem is that ESPN, in its endless quest to appeal to the lowest common denominator, decided to make yesterday a referendum on the absurd, straight click-baity question of whether or not Brady is indeed a top 5 QB. Just let the dudes at Sports Pickle show you why this topic is so played out and so silly.

And if you’re at all skeptical of ESPN’s role in influencing the narrative, check out this tweet courtesy of Sports Illustrated and SI.com sports media columnist Richard Deitsch.

Good lord. No one manufactures news, fosters fake debates and, as the tweet says, “rides it like Secretariat” like ESPN. Because some stat geek (and believe me, I use that description of Monson without any negative connotations) crunched a few numbers and determined that Brady is no longer a top 5 NFL quarterback, a completely nebulous argument to begin with, ESPN and all of its platforms had itself a bright, shiny new news cycle to last an entire day and probably longer. Boo.

Oh and since we’re here, I have Brady still in the top 3, along with Manning and Aaron Rodgers. Dammit, ESPN. You got me too.

Few professional athletes can claim to have engendered as much good will with the sporting public than Mickelson. He is the most popular golfer on the planet and it’s a landslide. No one comes close, including Tiger Woods. Mickelson has conquered demons on the course with regularity throughout his career as millions of eyeballs watch his every move and cheer his every swing, even ones that result in golf balls hitting the roofs of hospitality tents.

We’ve watched him grow up, first Mastering Augusta National (see what I did there?) in 2004, then adding a second major title to his trophy case with the PGA Championship in 2005. He would go on to win two more green jackets, the last of which came in 2010 and featured the guy they call “Lefty” at his most vulnerable when he broke down in tears on the 18th green while hugging his wife Amy, who had battled breast cancer the previous year. Mickelson’s humanity and everyman appeal is never more apparent, though, than at the U.S. Open, where he is cheered more than every other member of the field combined year after year, but has only managed runner-up status. It has happened to Phil at this tournament a whopping six times without him actually winning, the most recent being in 2013. His resiliency in the face of never being able to win that particular major shined brightest, however, when he bounced back from last year’s crushing disappointment with a major win at the Open Championship, or The British Open, just five weeks later.

So why is such a swell guy like Phil considered one of this week’s biggest knuckleheads? Because he’s being investigated by the FBI for insider trading. And the other two big names in the investigation belong to a big time Wall Street shark and a notorious professional gambler who just happens to be one of Phil’s non-PGA Tour golfing buddies. Excuse me while I shake my head vigorously.

Naturally, Phil vehemently denies any wrongdoing and has vowed to cooperate with the investigation as it continues to unfold. And maybe he’s telling the truth. But just his mere presence in a federal probe of this kind as well as his ties to the others being investigated puts himself, his family and all of that work he’s done engendering all of that good will at risk. Seems like common sense to me. Oh well. I guess just because someone is ridiculously, stinking rich doesn’t mean we should expect them to be very bright too.

Price, the Tampa Bay Rays left hander who started a beanball incident with the Red Sox this past weekend because he’s a sore loser, was going to have the Golden Knuckle all to himself thanks, not only to his drilling of David Ortiz and Mike Carp on Friday night, but also due to his asinine, whining comments in the aftermath. But then the MLB stepped in yesterday and suspended Sox pitcher Brandon Workman six games for retaliating while giving Price a free pass, just as the umpires in Friday night’s game did.

Price, who was still smarting after giving up a homer to Ortiz in last year’s playoffs seven months ago, plunked Big Papi in the back in the Sox DH’s first at-bat of the game, prompting warnings to both teams from that night’s umpiring crew. When umpires warn both teams following hit batsmen, it means they suspect intent on the part of the pitcher, yet when Price went on to also hit Carp in the fourth inning he stayed in the game. Then, in the sixth, Workman threw behind Rays third baseman Evan Longoria, and got tossed. Nonsense.

So the next day, in defending himself, Price called out Ortiz for using a war metaphor the previous night but in doing so, described facing the Sox slugger as “a battle.” So on top of being a bad loser, he’s also a hypocrite.

There’s more evidence of Price being a knucklehead but that would take away space to call out the league, which further embarrassed itself by suspending Workman, who didn’t hit anyone, while letting Price, who was responsible for the entire episode, skate once again. Ortiz, who was justified in his fury after the game Friday night, lashed out again prior to last night’s game against the Cleveland Indians in response to Workman’s suspension (which is being appealed), pointing out that, “I guess the rules aren’t for everyone.”

It’s tough to think otherwise. Price, who practically admitted hitting Ortiz on purpose in his comments on Saturday, should stop worrying about holding grudges and start worrying about the fact that his team is in last place. He should also think a little harder before he runs his mouth. If you have a problem with pro athletes using figures of speech that involve war, that’s your prerogative. But please have the self-awareness not to do the same thing while complaining about it. And while you’re at it, try showing a little accountability instead of crying about a lack of respect. It’s probably never occurred to Price that those two things – accountability and respect – are intertwined.

As for MLB, it’s just a bad look to let someone get away with hitting guys on purpose at all let alone twice. Again, Price hit two Red Sox first and then Workman hit no one. The response was Workman, manager John Farrell, bench coach Torey Lovullo, and third base coach Brian Butterfield all getting ejected and Workman getting suspended. Not a single Ray faced any discipline.

What a bunch of knuckleheads.