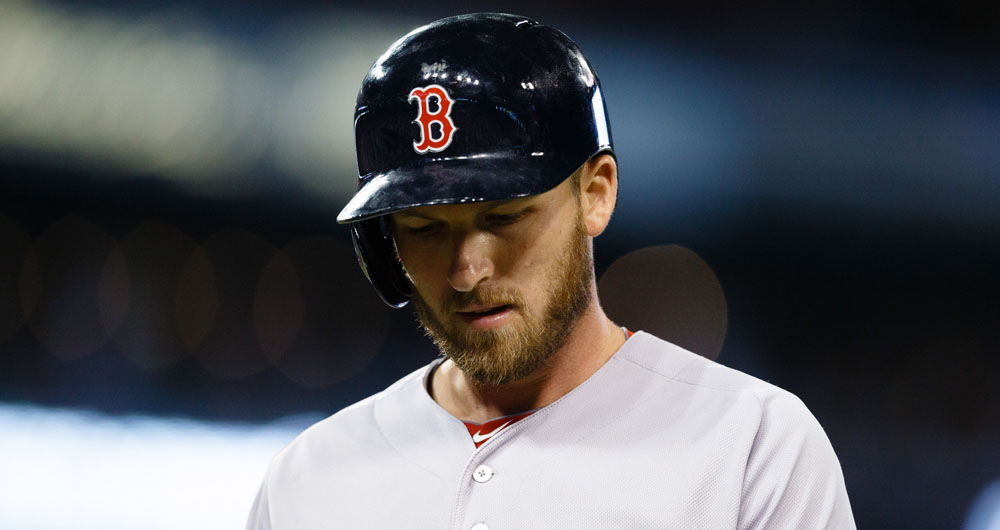 Back after a break for the holiday, but the layoff barely phased the Knuckleheads of the sports world. Independence Day be damned, The Knuckles are stronger than ever. This week we stay on an international level, tackling bad World Cup officiating, and some more domestic and local Knuckleheads as well. One thing is for sure: Even with a week off, there’s no shortage of worthy Knuckles recipients. Knuckleheads are everywhere and we know where to find ’em! So without any further ado, let’s get right into this week’s winners.

This one’s well over a week old and there may well be a more viable candidate for this spot. But Kidd, who it should be noted was a dynamic, fantastic, sure-fire Hall of Fame point guard, has been such a colossal knucklehead for so long that his latest antics keep him well placed on the eligibility list.


To refresh, Kidd finished out his first year as an NBA coach with the Brooklyn Nets, a year in which he survived a brutal start, eventually made the playoffs and wound up on the golf course shortly into the Eastern Conference semifinals. Because he’s a narcissistic, self-important clown with a history of sandbagging coaches, teammates and executives as a player, he decided his mundane accomplishments warranted a trip up the back staircase to the offices of Nets ownership, where he attempted to undermine and eventually seize the job of Nets’ GM Billy King. Of course, any businessman with half a brain and even a cursory knowledge of basketball would immediately recognize this stab at a power play as absurd, which resulted in Kidd being shooed away like an obnoxious, little gnat.


But as was the case throughout his playing career, Kidd gets people fired when he puts his mind to it, so he moved on from trying to take King’s job to trying to take Milwaukee Bucks coach Larry Drew’s job, using a previous business relationship with the Bucks’ new ownership group as a way in the door. It’s been noted that he may have been talking to the Bucks before his failed coup with the Nets, which if true is a) gross and b) completely in keeping with his character. And in the end, he wound up the new head coach in Milwaukee, Drew wound up unemployed and anyone who even remotely cares about the Brooklyn Nets wound up with one less reason to feel uneasy for it.


Kidd’s reputation as a coach killer goes all the way back to his freshman year at Cal in 1992 and has followed him, now over 20 years later, into his own coaching career. Here’s hoping for some karma to come his way soon.

Like any other sport, soccer requires oversight on the part of its officials to ensure the least amount of dirty play, possibly illegal maneuvers and other general shenanigans possible. Matches can certainly get rough given all the close contact between players battling for position or 50/50 balls and as we’ve seen throughout this World Cup, players will frequently hit the turf with alacrity, making the job of the referee in regard to determining what is a foul and what isn’t, more difficult than it should be.


Still, in the case of World Cup ref Carballo, there’s simply no escaping this Knuckle Award. Carballo worked last Friday’s Brazil/Colombia quarterfinal, won by Brazil 2-1, and to hear many observers tell it, he didn’t do such a good job. The highly physical match was littered with heavy tackling, frequently stretched near to, if not over, the line of what is or isn’t a foul. Colombia star James Rodriguez was followed around the field with a giant, metaphorical target on his back, and knocked around routinely. Carballo did whistle 54 fouls in the match, a high mark for this tournament, but issued only four yellow cards. Thus, when Colombia’s Juan Camillo Zuniga went into the air late to challenge Brazil star Neymar for a ball, he perhaps did so a bit more physically than he might have otherwise and wound up kneeing Neymar in the small of his back, fracturing his L3 vertebra. And we all know what happened to Brazil yesterday without their best player on the field.


Would Zuniga, who has been contrite in the aftermath of the play, have still broken Neymar’s back if Carballo had a better handle on the match? Possibly. Could we shift the blame away from Carballo and direct it toward the loathsome FIFA, which apparently has instructed its officials to issue fewer cards in this World Cup? I suppose, but that would be too easy considering what a shady outfit FIFA is – you could blame it for anything. So congrats, Carlos Velasco Carballo. You’ve entered the pantheon of Knuckleheads. Make yourself comfortable. 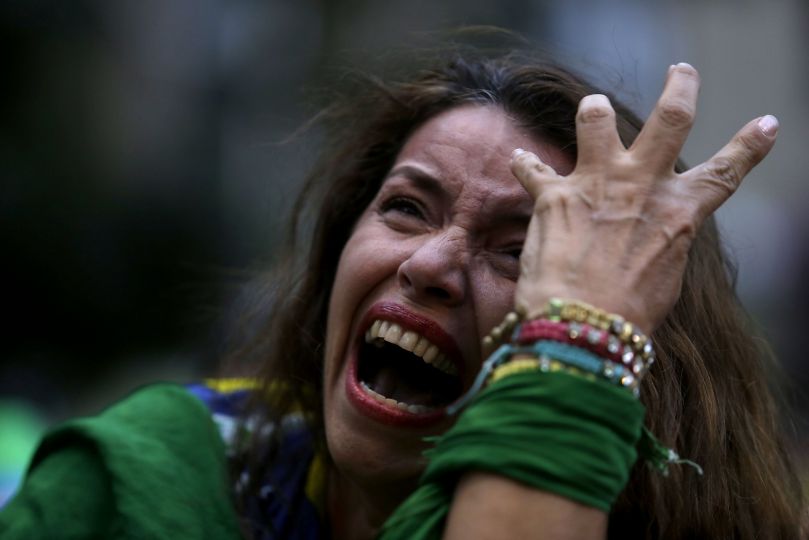 Maybe this is a little bit lazy but instead of choosing one of the truckload of worthy nominees in the Sox organization for this week’s Golden Knuckle, let’s just award it to the entire group from the top right on down to the bottom. Which is exactly where the Sox sit this morning. The bottom.


Perhaps this is all karma or some sort of cosmic payback. Pretty much every single move or decision the Sox made last year worked out perfectly en route to a glorious if unexpected World Championship. And pretty much every single move or decision they’ve made this year has failed miserably, some winding up complete catastrophes. Starting with the team’s low ball offer to Jon Lester and continuing on through making zero substantial additions to the outfield, to choosing A.J. Pierzynski as the one-year stopgap at catcher, to the panic move of bringing back the ghastly Stephen Drew almost three months after the start of spring training to the shifting of Xander Bogaerts to third base to the length of the Grady Sizemore experiment to simply assuming that everyone who had a career year last season would just show up and do it again, the success rate reads zero.


The Sox couldn’t have predicted that Dustin Pedroia would devolve into a handsomely paid singles hitter or that David Ortiz’s batting average and OPS would drop 29 and 85 points respectively from his career numbers or that Daniel Nava, who proved himself to be a worthy, every day player last year, would disintegrate into a .220 hitter with nine RBIs and a slugging percentage under .300.


But they definitely could have planned for some regression after the soaring heights reached by everyone in 2013. Instead, as the Sox offense continues its descent toward historically low levels, Drew, his .131 average and .408 OPS firmly in tow, has batted sixth in three of the team’s last five games. And although Drew is hardly the only player on this roster who shouldn’t be anywhere near the 6-hole, those numbers are indeed as horrid as they sound.


Now, a mere days before the All-Star break, even the most hopeful, optimistic observers are jumping ship. It’s a testament to their will and general outlook on life that they waited this long. So let’s hear it for the Red Sox, World Champs one year, Golden Knuckle winners the next. That’s tough to do. 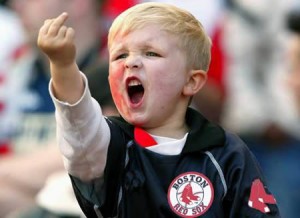