‘The Interview’ is Sony’s Biggest Online Release Ever. But Is it a ‘Success?’ 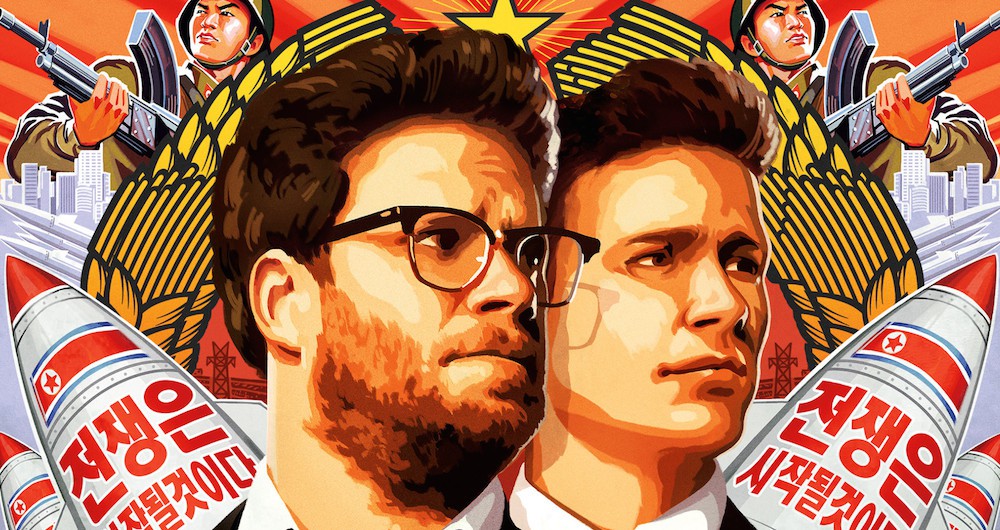 ‘The Interview’ has been available online for the better part of six days now, and Sony’s revolutionary simultaneous digital / theatrical debut has already been declared a success by some.

In the first four days “The Interview” was available online, it was downloaded more than two million times, grossing almost $15 million, according to Sony. That number, coupled with $3 million the film earned in 331 theaters, brought it close to the $20 million figure Sony was allegedly targeting for an opening weekend total, according to Variety.

The $15 million total also made “The Interview” the highest-grossing video-on-demand (VOD) release in Sony’s history, outstripping “Arbitrage” ($14M), “Bachelorette” ($8.2M), and “Snowpiercer” ($7M). Couple that with the fact that the James Franco and Seth Rogen film achieved that $15 million figure without major streaming platform iTunes — which released the film on December 28 — and it’s easy to see why scribes are so quick to call the opening a success.

But emails released during the Sony hack show that the studio’s projections for the film’s box office were much higher than $18 million. The studio projected a domestic box office of $75 million, with $25 million from the international box office, and suggested that a Christmas opening would bump the projection by $5 million. 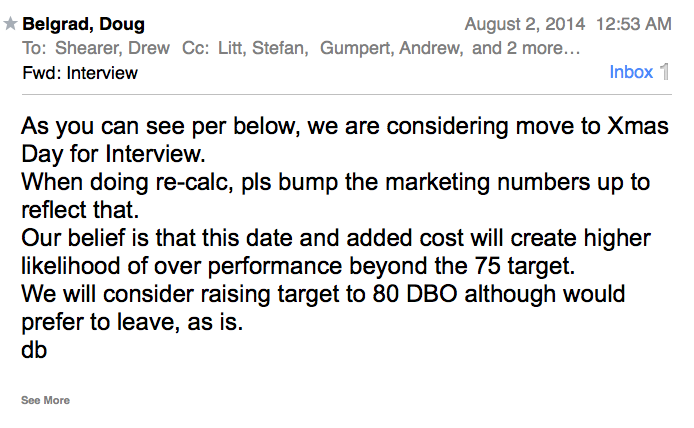 While the extenuating circumstances certainly would have changed those projections, the film was marketed with those numbers in mind. In all, “The Interview” cost almost $75 million to produce and market. $18 million for Christmas weekend numbers isn’t too bad, but unless the film sees a wide theatrical release (unlikely) or outperforms expectations for its international box office, “The Interview” faces an uphill battle to break even, much less merit the term “success.”

There could be an uptick in box office numbers if something new develops in North Korea’s role in the Sony hacking, one that still hasn’t been established as fact, and has been questioned by cyber security experts. Theatergoers who flocked to Cambridge’s Apple Cinemas for its Christmas Day opening mostly did so out of a sense of patriotic duty, according to the Boston Globe.

“I’m here to be part of history, I guess. To watch people come out in support of free speech and not be bullied,” said Lee Herman, 56 of Natick. He expressed “a little” worry about the threats, noting the theater wasn’t checking customers’ backpacks, but then hustled into the 1:30 p.m. showing.

Some theatergoers appeared a bit conflicted.

“I almost feel like it’s a patriotic duty to see it, at this point,” said 61-year-old Acton resident Gerry Bluhm, who then grimaced, perhaps slightly chagrined at what he had just said.

Will those same viewers, well outside the expected age range of the film’s target audience, still see the film despite a less than enthused critical response and uncertainty over North Korea’s role?

Ultimately, the only thing that is certain about “The Interview” is that it says nothing about the viability of video-on-demand. No film has ever entered the market under such an insane set of circumstances, and no film ever will again. No film released simultaneously in theaters and on demand ever had that much marketing power behind it — paid or otherwise — and no film ever will again. It’s understandable that Sony would want to declare any semblance of box office return a success, but unless the film defies expectations, declaring it as such is premature.

Enter to win a pair of tickets to attend The Hess Collection Seminar and Dinner as part of Boston Wine Festival 2018 at the Boston Harbor Hotel on Wednesday, March 14th. END_OF_DOCUMENT_TOKEN_TO_BE_REPLACED

Golden Globe and Emmy nominee Benjamin Wallfisch is the composer responsible for the score of the hit movie IT. I talked to Ben about his approach to scoring the new version of this iconic story and his thoughts on film and music overall. Some very insightful commentary; listen in. END_OF_DOCUMENT_TOKEN_TO_BE_REPLACED

Rupert Gregson-Williams is an award-winning film composer. He just so happened to compose the score for this summer’s big blockbuster Wonder Woman. We talked about his beginnings in film scoring, film scores that move and inspire him and, of course, Wonder Woman. END_OF_DOCUMENT_TOKEN_TO_BE_REPLACED

Jeff Rapsis is a New England-based composer and performer. Lately, he’s been creating live musical scores for silent film screenings. I talked to him about his process and a few of his upcoming performances at The Capitol Theatre in Arlington and the Somerville Theatre. You can keep track of where else Jeff is scoring silent films here. END_OF_DOCUMENT_TOKEN_TO_BE_REPLACED

Planning on seeing Rogue One: A Star Wars Story when it opens this weekend? I joined Adam 12 to give you an idea of what to expect. But don’t worry, I didn’t give anything away. END_OF_DOCUMENT_TOKEN_TO_BE_REPLACED

No, not from afar, from the comfort of her couch. From the actual awards themselves. That’s where Meredith Goldstein was for the Oscars. She shared all the juicy, first-hand details with me. END_OF_DOCUMENT_TOKEN_TO_BE_REPLACED

Boston band Funeral Advantage is Tyler Kershaw. And Tyler Kershaw had a fun childhood, so it seems. END_OF_DOCUMENT_TOKEN_TO_BE_REPLACED

Perry put me on to daephne and the album blew my mind. END_OF_DOCUMENT_TOKEN_TO_BE_REPLACED