The Honk! music festival made Somerville freaky and loud. It was glorious. 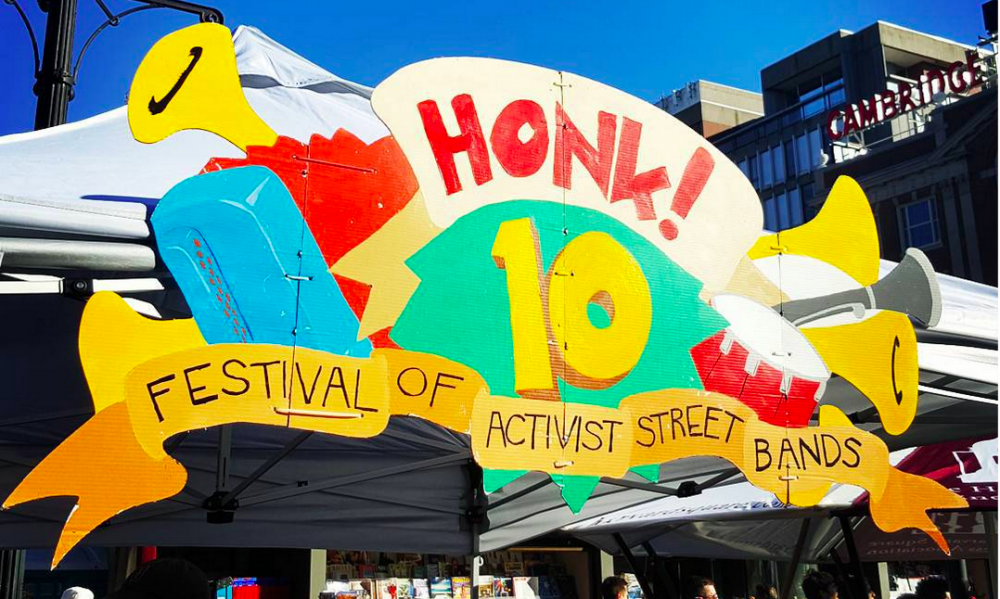 The festival started in Davis square on Friday and charged on through the weekend, offering three days of brass music to Cambridge and Somerville’s finest. The peak came on Sunday, when Honk! hosted a miles-long parade that would grab everyone’s attention long enough to get their point across–and that’s exactly what they did.

Honk!’s website says that the “grassroots, non-profit event” works toward “reclaiming public space with a sound that is in your face and out of this world.”

The parade that spanned from Davis to Harvard square yesterday was the peak of the festival. It incorporated 25 of Honk!’s bands and a vast array of local organizations, all banned together to use music and art as a vehicle for activism.

Did they pull it off? You be the judge:

The Honk! parade in Harvard Square wasn’t just music–there were other performances, as well…

This was Honk!’s tenth music festival, so you will most assuredly have the chance to go next year and see it for yourself.