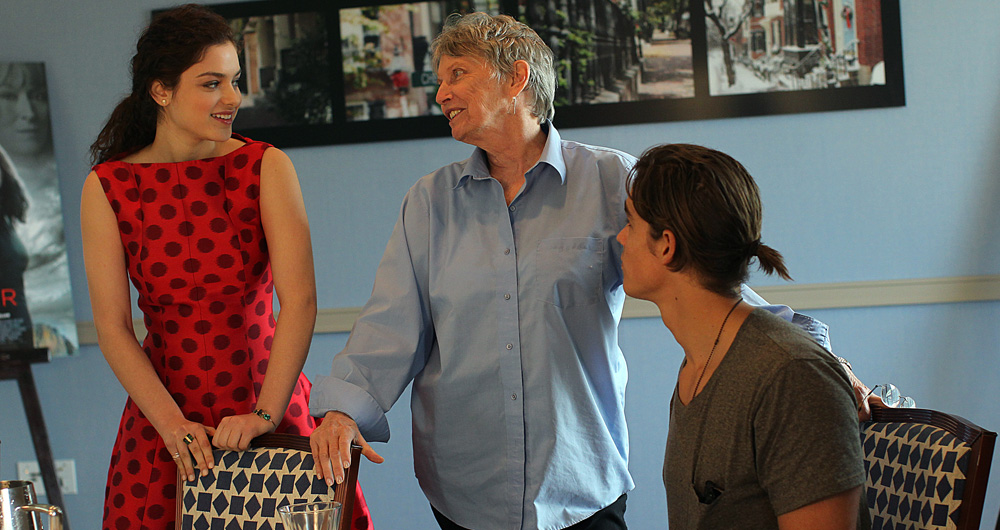 John Wiley
BDCwire spoke with Lois Lowry, author of “The Giver,” as well as Brenton Thwaites and Odeya Rush—the two young stars of  upcoming “The Giver” film—on Tuesday, August 5th at the Liberty Hotel in Boston. The following excerpts are taken from the interview.
Eighteen years have past since the film rights were first optioned for “The Giver.” Written by Cambridge author Lois Lowry, the dystopian novel was already a bestseller at the time, and won the Newbury Medal for children’s literature back in 1994. Lowry, now seventy-seven years old and still actively writing, will finally see “The Giver” make it to theaters this Friday—she was never too concerned:


“I, of course, was writing books throughout that time, so I think I wrote one book a year for 18 years, so my thoughts were elsewhere. I wasn’t lying awake nights worrying about this movie getting made, but every now and then, things would rev up, and it would appear things were going together. It was only maybe two years ago, a year-and-a-half ago suddenly everything fell into place.”

Lowry sits next to Brenton Thwaites and Odeya Rush, who will costar as Jonas and Fiona in the forthcoming “Giver” film. Thwaites is 26 years old, and is in high spirits upon arriving in Boston. He was first to greet me earlier—having already memorized my name—as I arrived to our conference room in the Liberty Hotel on Charles Street. Roughly shaven and standing at six foot two, the Australian actor is the unlikely hero of the film, as he only vaguely resembles the 12-year-old protagonist of Lowry’s 1994 novel. Thwaites recalls himself making a similar observation on the day he was first approached about the role of Jonas.


“I’m not going to play a 12-year-old, I thought. You guys are crazy,” he now jokes. Eventually persuaded by his manager, Thwaites chose to pursue the role. The audition process was extensive—only after a long series of auditions with director Philip Noyce (and respectively, a long series of rewrites), was the production team of “The Giver” ready to give the green light to the older Jonas. After screen testing with Jeff Bridges—who was already set to appear in the film’s title role of “the Giver”—Thwaites was offered the part. 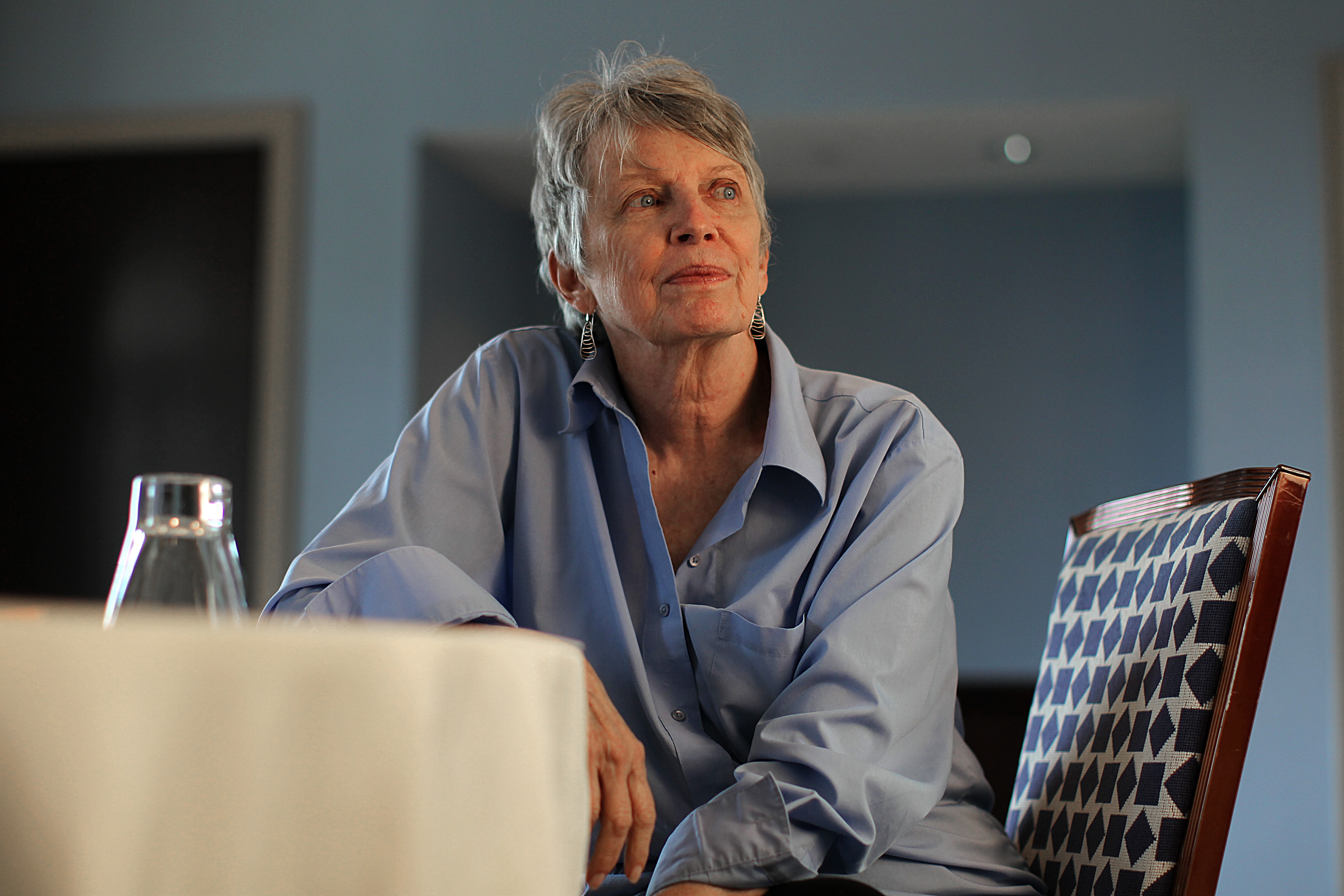 “When I met Jeff, he was in his long robe, completely chill,” says Thwaites.


“Did he have a beard at that point?” Lowry asks.


“He might have had a couple of things hanging off his face.”


Bridges (“The Big Lebowski,” “True Grit,” “Crazy Heart”) first approached Lowry about adapting “The Giver” when the rights to the film were initially optioned. Bridges’ three daughters are now in their thirties, but when he was introduced to “The Giver,” Bridges was reading the novel with them as kids. He had then imagined he would personally direct the film, and his father, actor Lloyd Bridges, would step into the role now his.


“He said he was first attracted to ‘The Giver’ by the photograph on the cover of the old man,” notes Lowry. “He saw that as a role his dad could play. It’s ironic that he has ended up playing the role himself, and I believe he has still never directed a film?” Lowry looks to the others for confirmation.


“Didn’t he do a version himself, though?” the 17-year-old Odeya Rush chimes in.


“Oh yeah, they did a home movie!” says Lowry. “He and his father and others—he directed a version of it in his father’s living room, way back. He’s trying to find that film, and if he does, they’ll add it to the extra material on the DVD of the movie.”


“I would love to be directed by Jeff Bridges,” comments Thwaites. “It would be fantastic!” 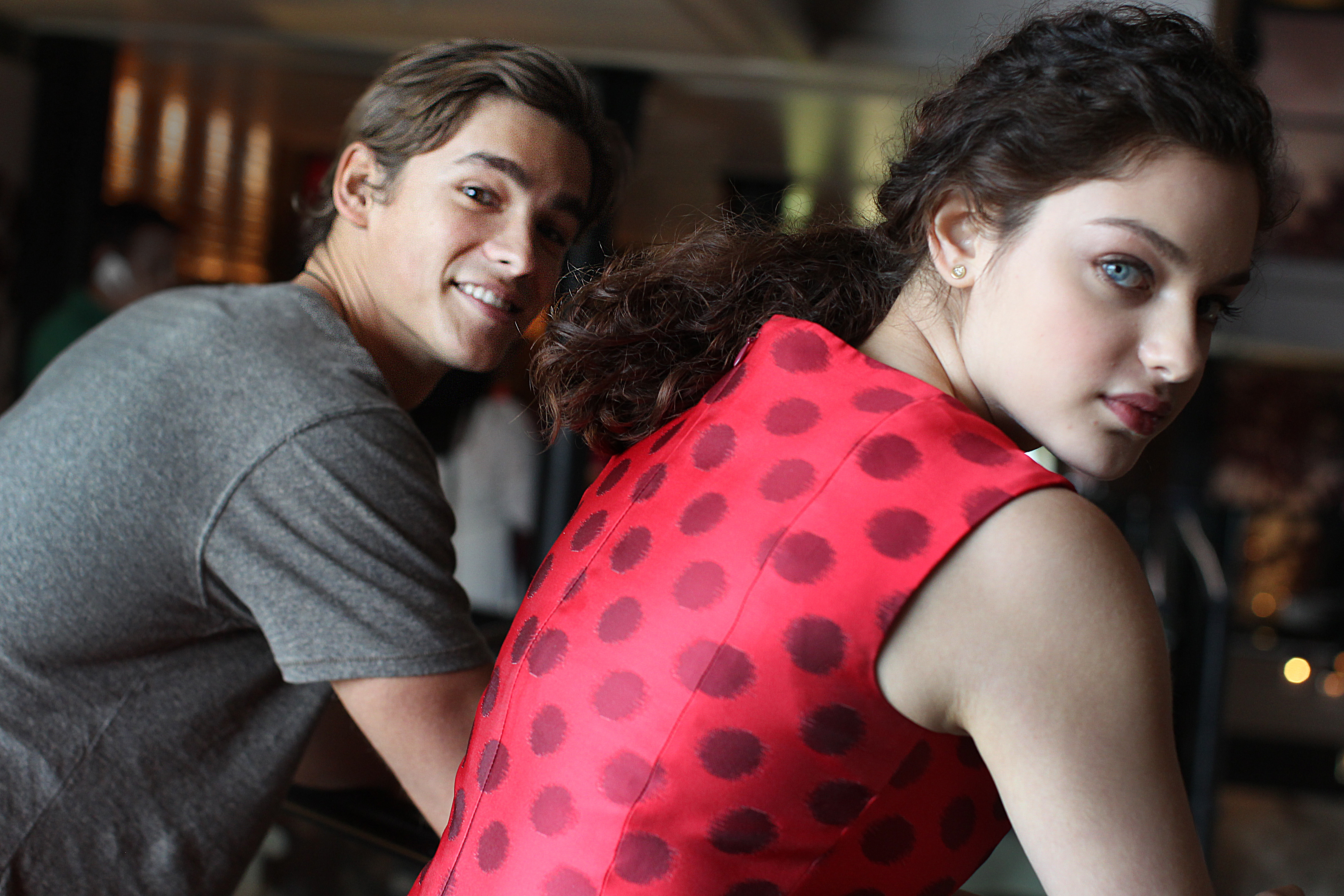 It never took much courting for Lowry to get on board with her novel’s adaptation, if only for the reason she had no choice. Once the rights to the film were put up for sale, Lowry could have just as easily been left out of the process from there entirely entirely.


“I had a couple of my book earlier made into very mediocre TV movies, but I sensed from the beginning it was different with Jeff, because he was so passionate always about the book,” Lowry notes. “My previous experience had been that they bought the rights to the book and they made what they wanted to make and it wasn’t at all related to the book that I had written.”


At least initially, the most jarring adaptation made to “The Giver” was the aging up of Jonas and Fiona. Word of the change was, at first, not well taken by Bridges and Lowry, with Bridges later admitting he almost left the production entirely at that point.


“He and I both relaxed, I think, when we saw that it was going to work,” says Lowry, “—that these young people had the same aura of innocence and vulnerability that the character was meant to have.”


Having older protagonists, according to Rush, ultimately helped to develop her role of Fiona, building the character into more of a love interest for Jonas.


“There isn’t exactly a love story, but I think Jonas can just feel more for Fiona, because at twelve, you have a crush and it’s like you’re still learning about what it is.” explains Rush. “And he is still kind of learning about what it is, but at some point, he says, ‘We have to go, you, me and Gabe.’ Maybe in his head he’s thinking of making a family elsewhere, and that idea just broadens and makes the community seem more harsh.”


“Incidentally, that makes me remember something I thought was so strong in the movie, and that’s the character played by Katie Holmes,” adds Lowry. “Because Katie Holmes is a very attractive, warm woman, and then she plays this chilling character so well—it’s really startling, and so powerful I think.”


Another major adaptation to the 1993 novel has to do with the role of Chief Elder, played in the film by Meryl Streep. Lowry never wrote the character Chief Elder to have personality in the original novel.


“She’s become a very complex character, and it’s led itself to conflict with the Jeff Bridges character,” notes Lowry. “That does not occur in the book. In retrospect, I wish it could. I wish I could do back and rewrite it.”
Since “The Giver” was published in 1993, the world of young adult fiction has exploded with dystopian tales, the most successful of the lot—”The Hunger Games” trilogy and “Divergent,” to name a couple—also being adapted into major motion pictures. Familiar with these other films, Rush is quick to dismiss any comparison.


“They’re so different from this,” says Rush. “Those kind of center on a lot of violence and a lot of action, and this centers really on deep, inner thoughts that we have. It’s very thought provoking, and it’s a lot more about conversation than visual fighting and battles.”


“Although there’s some gorgeous visual stuff for the film,” comments Lowry. “Partly because of the landscape.”


Most of “The Giver” was shot on location in Cape Town, South Africa, with the 2010 World Cup stadium placed at the center of the film’s fictional community. Some later scenes of the film were shot in Utah.


“South Africa and Ross Emery, the D. of P. [director of photography] made love and had a baby, and out came ‘The Giver,'” jokes Thwaites. “I mean, it was just so beautiful, the shots he was getting.” 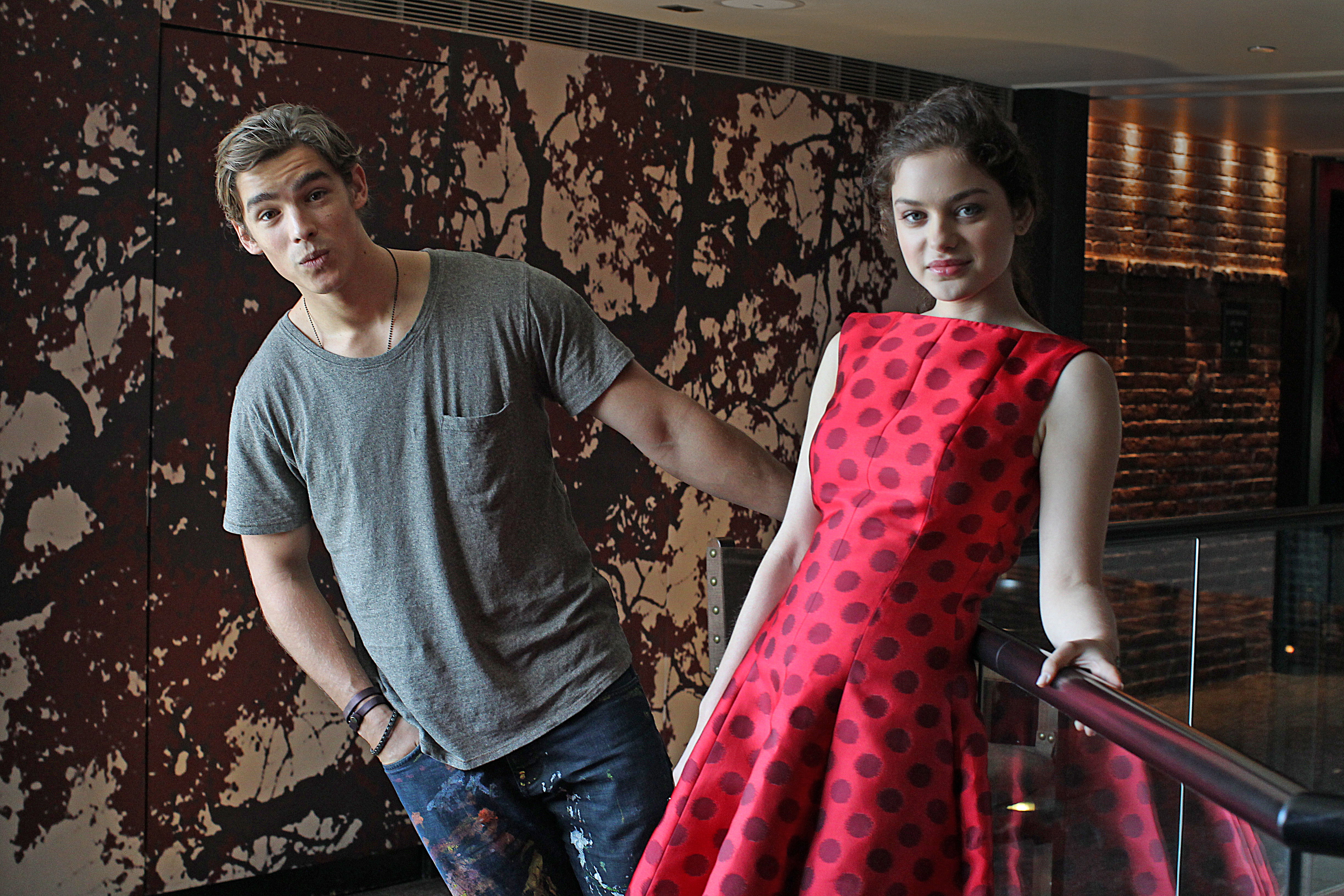 Several failed attempts have been made over the years to ban “The Giver” from schools. Controversy over the young adult book’s discussion of euthanasia and infanticide followed “The Giver” to film, with several questions of what would be allowed in a PG-13 film. One of the most important scene in the story, according to Lowry, remains the killing of an infant by Jonas’ father—the scene was kept in the film’s final cut.


“I was concerned about that one scene—the killing of the baby,” says Lowry. “I was concerned that they would want to leave it out, because they would be worried about rating, and I felt the scene was absolutely necessary, both in the book and in the movie. When I got to South Africa, I happened to be there when they were filming that scene, and I was pleased to see the meticulousness with which they filmed it, and the importance that they gave it.”
Rush pauses, fishing for the right word for Jonas.


Lowry nods, and confirms naïveté is indeed the word Rush was looking to use.


“Oh no, stay away from nativity,” Lowry laughs. “That’s a different movie.”