The Fresh and Onlys, Discovering New Tools and Ways to Use Them 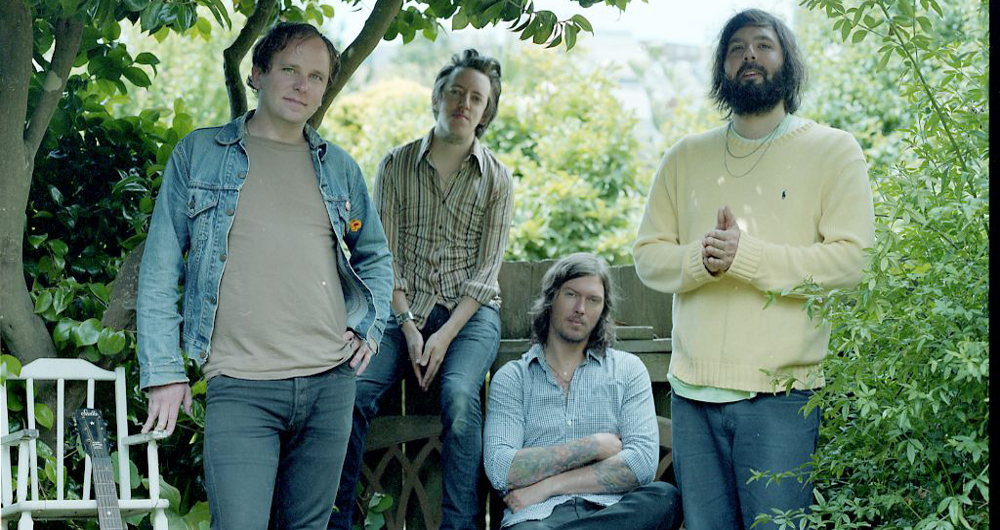 The Fresh and Onlys’ frontman Tim Cohen credits his revitalized approach to songwriting to living in complete and utter isolation when penning tracks for “House of Spirits” (released last month on Mexican Summer). The band’s fifth album is moodily downtempo, while simultaneously saturated with dense harmonies and hooks. But Cohen’s intention wasn’t necessarily to plumb heavy emotions from listeners–it was to take advantage of his geography.

“When I wrote the album, I was living in Arizona with a newborn daughter. Going through a change of scenery definitely inspired a different approach to songwriting. At first, I was forcing myself to do it out of necessity to stay connected with the band,” he explains. “But my method of songwriting was becoming a bit formulaic. Then on a couple of songs I used drum machines, which I never really used before. I realized that I have all of these tools, and discovered new ways to use them.”

One would think Cohen is eager to see how the public responded to his new creative approach in reviews of “House of Spirits.” He admits, however, that he hasn’t fully adjusted to his work being placed under a microscope, albeit a subjective one. “At one point, I swore off reading Fresh and Onlys reviews. I thought it might somehow affect me, but now I see there’s no shame in a good or bad review. It’s just weird to not have any control over how your songs are being absorbed or interpreted by other people. Once you put it out there, it’s out of your hands.” He has advice for those with a similar stance. “You can’t let it change who you are as an artist or creative expressionist.”

With Cohen’s evolution as a musician comes his evolution as a performer, which is something he prides himself on. “We haven’t evolved as much as we’ve been refined. Five or six years ago, we were writing songs that were more punk rock and they required more energy when we did them live. But now we’ve incorporated more dynamics into our show. We do a mixture of upbeat songs and slow songs, we have more complexity and sensitivity.” Cohen now sees the forest for the trees. “We’ve played hundreds and hundreds of shows, and we’ve learned so much. It’s fun to jump around onstage and to flip your hair or whatever–but our job is to keep the crowd involved. We’ve never lost sight of that.”

Enter to win tickets to see Trio Da Kali at The Villa Victoria Center of the Arts (Newton, MA) on April 10th. END_OF_DOCUMENT_TOKEN_TO_BE_REPLACED

END_OF_DOCUMENT_TOKEN_TO_BE_REPLACED

Enter to win tickets to Rhye at The Paradise on February 28th. END_OF_DOCUMENT_TOKEN_TO_BE_REPLACED

Her new album has been pushed back, but we have Kimbra’s new single for you. END_OF_DOCUMENT_TOKEN_TO_BE_REPLACED

The folk duo returns with a new record this week. END_OF_DOCUMENT_TOKEN_TO_BE_REPLACED

Now that we’re done looking back at 2017, let’s look ahead at 2018. END_OF_DOCUMENT_TOKEN_TO_BE_REPLACED

Our first Song of the Week for 2018. END_OF_DOCUMENT_TOKEN_TO_BE_REPLACED

In a year when so many things were off, the music was right on. END_OF_DOCUMENT_TOKEN_TO_BE_REPLACED