The Expected and Unexpected of the 25th Annual Boston Freedom Rally 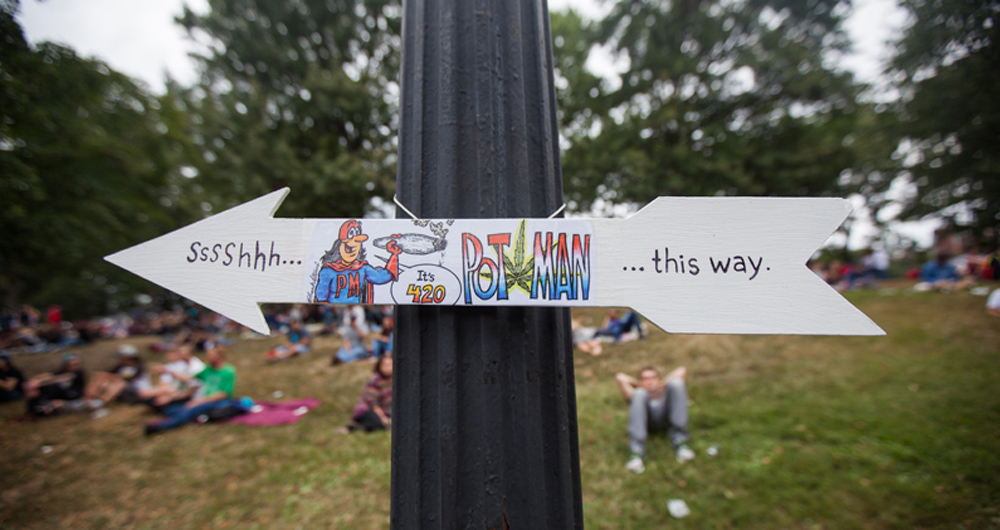 “Freedom”–or some other delightfully pungent aroma—was in the air last weekend at the 25th Annual Boston Freedom Rally, known commonly as Hempfest. Cannabis connoisseurs and curious Bostonians alike hit up the Boston Common (no pun intended) to not only relax and enjoy life, but to also show their support for marijuana policy reform—an issue that has found its way to the 2016 ballot.

The interesting thing about this festival, though, was that it was the perfect combination of the expected and the unexpected. The Freedom Rally was comprised of dread locks, fried food galore, and ankles upon ankles of those cute little socks with the marijuana leaves—everything you’d imagine of a festival with the slogans #yesweCANN and #FreedomIsInTheAir. But at the same time, it also hosted panels of politicians and doctors, groups of old hippie couples, and tents upon tents of fancy-ass grilled chicken and chocolate-covered strawberries—everything you’d ever imagine it not to be. Here’s a bit of what I mean:

The expected:  Stoner jams  It’s not that the jam bands were terrible—it’s just that they all kind of morphed together like one long, never-ending reggae song.

The unexpected: Stoner rap  Just picture four balding white men with matching black shorts and red shirts trying to throw out some hardcore raps. Not a pretty sight. Not a pretty sound. 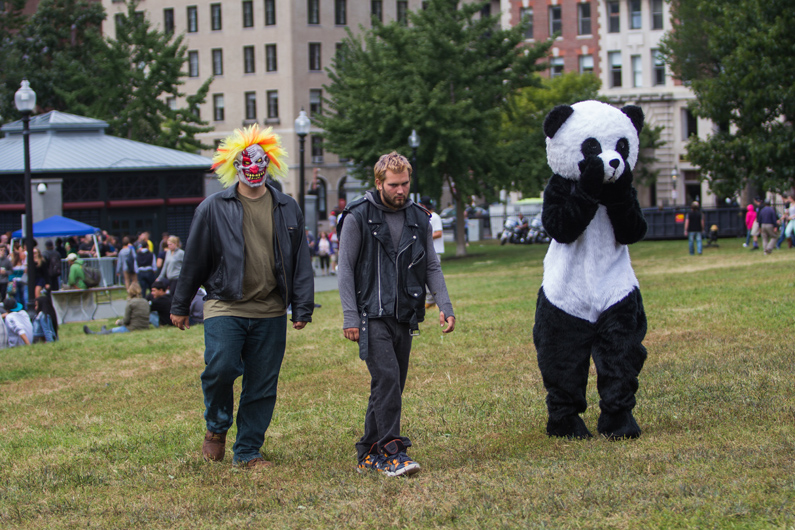 The expected: Physicians, politicians, and medical marijuana experts  Have you ever heard of Vermin Supreme, the politician who wears the boot on his head? If not, definitely go Google him—he’s quite the character. Supreme happened to be one of the several members of Saturday’s panel about findings and efforts toward legalization.

The unexpected: Doctors smoking joints mid-conversation  The highlight of this weekend’s festival was most definitely the brilliant doctor who, mid-sentence in a discussion about medical marijuana, paused to take a hit before returning to the conversation. 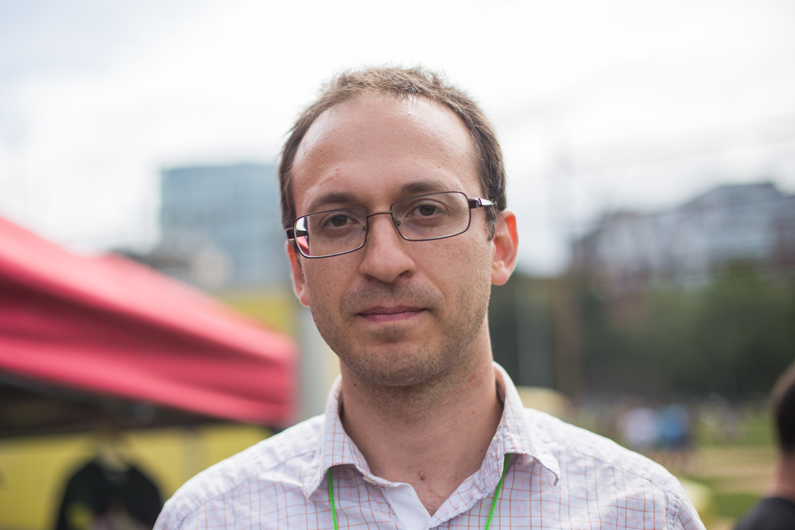 The expected: Old people who clearly didn’t realize what type of festival they were attending  The looks on their faces were priceless as they scrunched their noses and tried to distinguish the scent wafting through the commons.

The unexpected: Old people who were reliving some Woodstock memories There must have been a dozen adorable older couples holding hands and sporting “Peace, love, free the weed!” buttons. 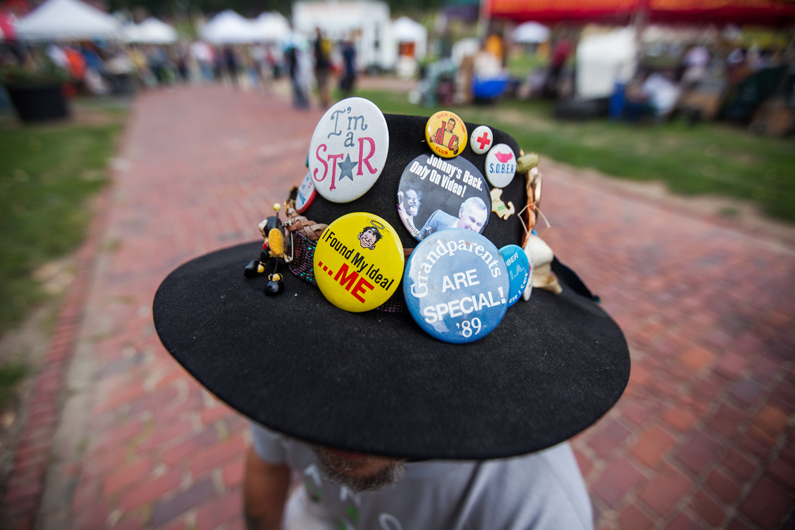 The expected: Mountains of funnel cakes and other fried foods  Sooner or later, the munchies plague was bound to sweep the Boston Common, so mad props to all the food vendors who took advantage of this prime opportunity. 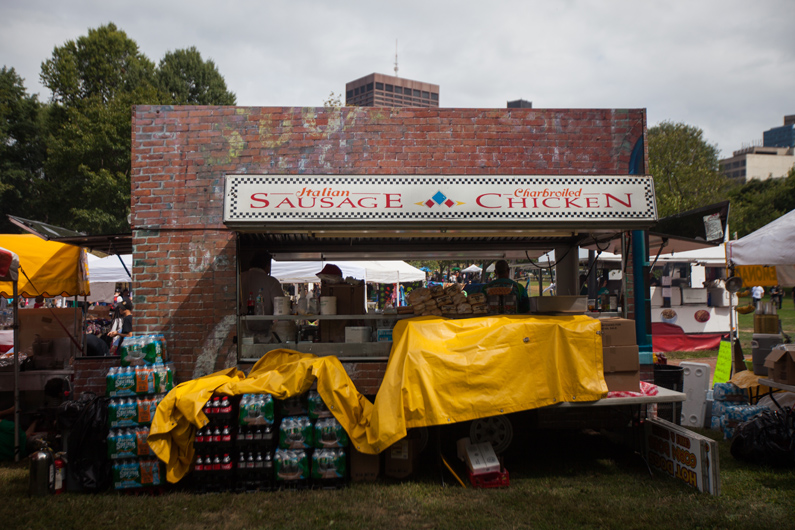 The expected: HempFest puppies What’s man without his best friend? And what’s dog without his collar made of hemp?

The unexpected: HempFest children? I’m guessing they were there for the fried Oreos. 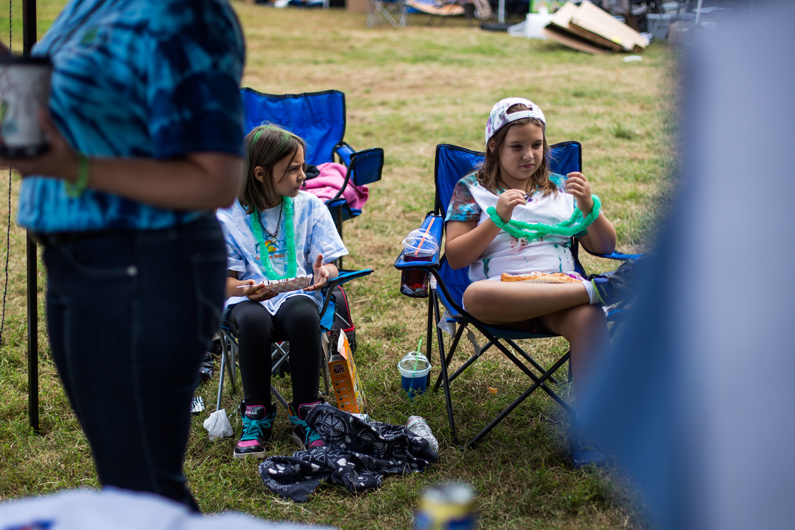 The expected: “Drug rugs,” dread locks, and tie-die everything  There was something about the abundance of Bob Marley wannabes and almost-hipsters that gave the commons a comforting, blissful vibe.

The unexpected: Imaginative weed attire  Even the dread-heads and hipsters got a little creative. Hemp fashion show? Check. Citgo sign shirt that reads “KUSH”? Check. Sunglasses in the shape of marijuana leaves? Check. Way to get innovative, Boston. 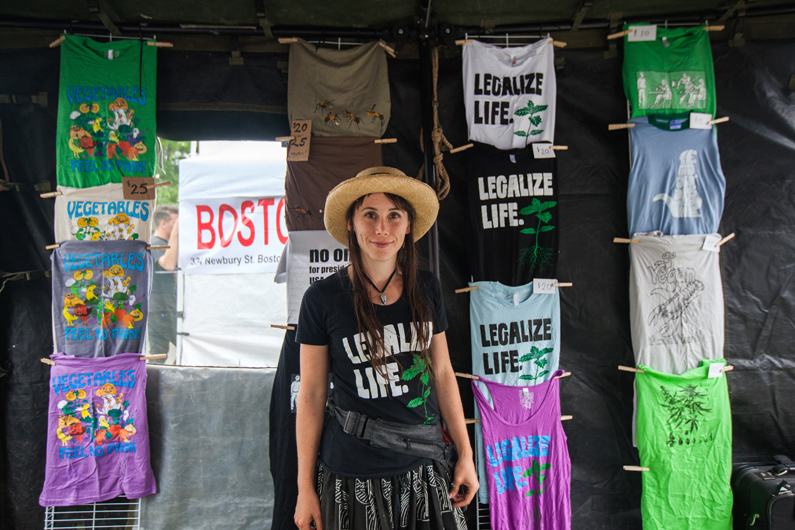 I had high hopes for this festival, and I must say that I was impressed. The Boston Freedom Rally was a vibrant, thought-provoking, unexpectedly magical (and strange) little fiesta, and I’m looking forward to next year.