In Oklahoma City Wednesday, a group of protesters showed their support for the stars and bars as President Obama arrived in town, lining up along the street and flying as many as 10 Confederate flags, according to ABC News.

The protesters who assembled staunchly defended the Confederate flag and focused on its cultural significance and ties to Southern heritage.

Oklahoma native Andrew Duncomb, who calls himself “the Black Rebel,” organized the rally, The Hill reports. 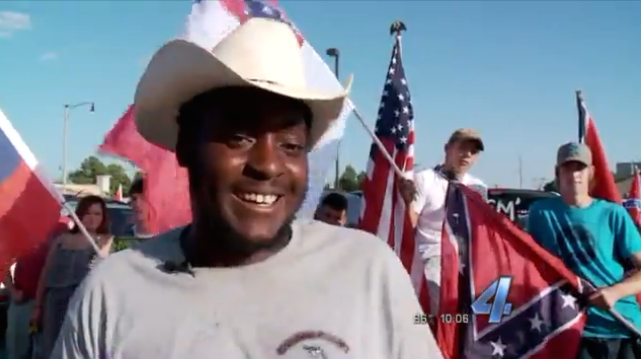 Duncomb does not see the flag as a symbol of racism and believes that anti-flag protesters’ efforts are misguided.

“They’re blaming the racist problems on the flag and not on the real problems,” Duncomb told KFOR-TV. He said that racism lies in “the people who carry and harbor the hate inside them,” and that the flag is not singularly responsible for America’s systematic racism.

“It’s true, a flag did not cause these murders,” he said in a eulogy he delivered June 26 for the victims of the Charleston terrorist shootings. “But as people from all walks of life, Republicans and Democrats, now acknowledge…the flag has always represented more than just ancestral pride. For many, black and white, that flag was a reminder of systemic oppression and racial subjugation.” 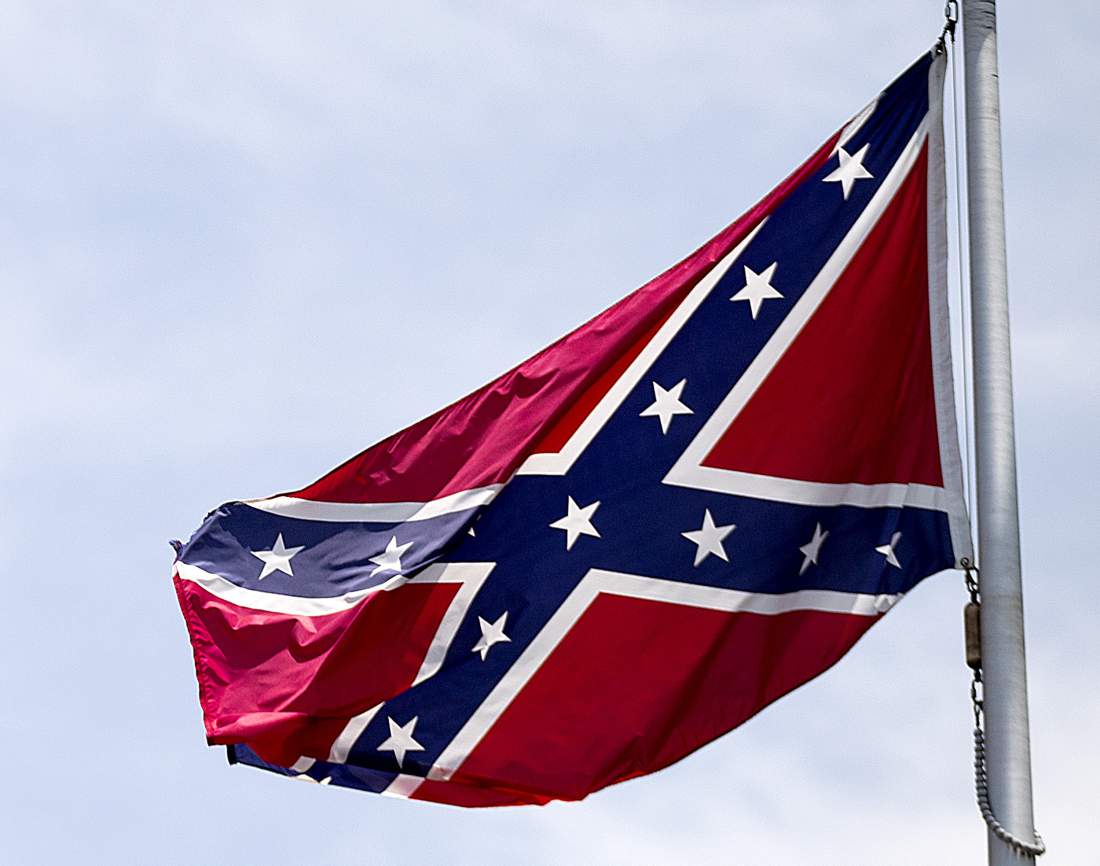 Duncomb’s group has been staging protests since as early as July 11, KOTV reports. These rallies are in response to the recent uptick in national anti-flag sentiment, particularly in the wake of South Carolina’s decision to remove the Confederate flag from their State House.

One supporter of the group named Alyssa, who did not offer a last name, told KFOR-TV that Wednesday’s assembly had nothing to do with Obama’s arrival in Oklahoma City. She said it was a part of an ongoing battle to defend the flag.

“I’m just out here to support my flag,” another supporter said to KFOR-TV. “That’s it…I don’t want [any] problems.”

“Look at these people,” Duncomb told KFOR-TV in regards to his supporters on Wednesday. “They all followed a black guy out here. I don’t believe any of them [are] racist.” 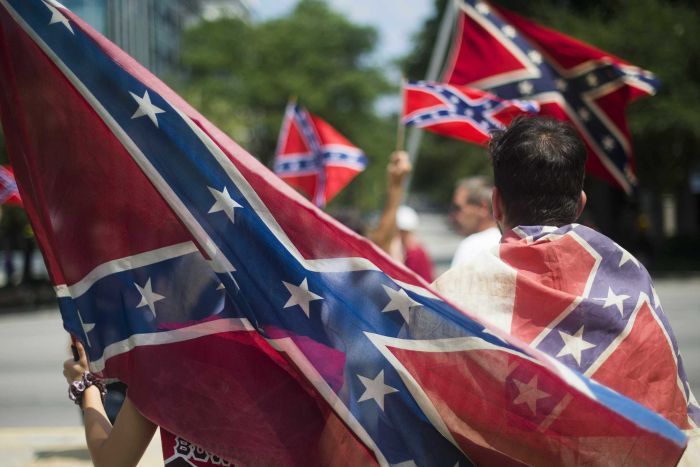