The BRIC House, Lettin’ it All Hang Out 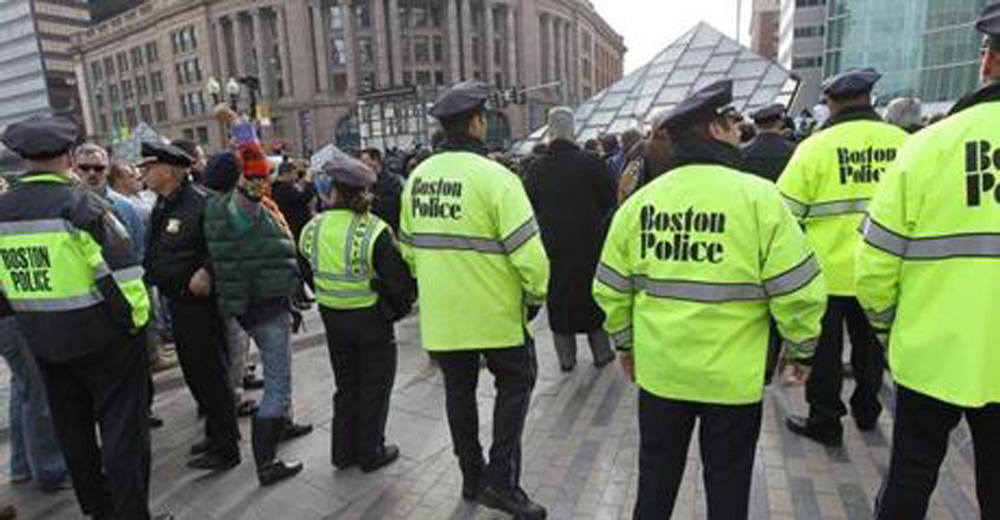 The Boston Regional Intelligence Center (BRIC), as outlined by the city’s police department itself, is around to gather information “fundamental to the Boston Police Department’s goal to prevent and reduce violence” in the city.

As such, it was disconcerting to learn earlier this week that the BRIC thought it necessary to note that in 2011 Mayor Marty Walsh (then a state legislator) would stand with labor leaders from both the Mass Building Trades Council and the Greater Boston Labor Council “to call for more infrastructure investment.”

While merely a footnote in the BRIC’s lengthy “Bulletin regarding ‘Occupy Boston,’” the message inherent in this information should be clear: political speech is officially enough to land you in the line of sight of those paid to weed out terrorists. This fact, if we are to believe the BRIC when it claims “Intelligence enables the Department to make more informed decisions to combat crime and terrorism,” is irrefutable.

Walsh, as has been noted by both WBUR and the New York Times, was hardly the only person who could, conservatively, be described as “not a terrorist” to pique the BRIC’s interest.

“The reports also listed appearances by people including a professor at the Harvard Divinity School, the linguist Noam Chomsky and an official at the American Civil Liberties Union of Massachusetts,” according to the Times. “Others described Bill McKibben, an environmentalist and scholar at Middlebury College, stating, ‘McKibben organized a sit-in near the White House in August of this year to protest construction of a pipeline,’ and was arrested but not charged.”

But being politically active isn’t the only way to wind up on the radar either. The Times, in calling the BRIC “one of the most active centers” of its kind, also reported that the bulletin had listed hundreds of other events including “a food drive and multiple ‘yoga, faith & spirituality’ classes.”

Even if you subscribe to the belief that “if you have nothing to hide, you shouldn’t care,” this type of information just seems inherently incompatible with the type of knowledge that might help prevent the maiming of innocent human beings.

A food drive? Really? It certainly isn’t easy debating those who might respond, “Yep. A food drive. Leave no stone unturned.” Still, there are probably sharper, more jagged stones worthy of precedence.

WBUR notes that the BRIC has explained that some of what they kept tabs on “provided for awareness due to the potential for these events to result in increased crowds or traffic conditions.”

Nevertheless, it’s something to think about next time you’re holding a Warrior Pose, which you’re probably better off skipping because it sounds kind of violent.

Enter to win a pair of tickets to attend The Hess Collection Seminar and Dinner as part of Boston Wine Festival 2018 at the Boston Harbor Hotel on Wednesday, March 14th. END_OF_DOCUMENT_TOKEN_TO_BE_REPLACED

Chef David Vargas, Owner of Vida Cantina in Portsmouth, NH is hosting a one-time-only event that he created to raise money for foundations supporting immigrant workers and their families. He joined me in studio with Chef Daniel Bojorquez of La Brasa in Somerville to talk about Si Se Puede – Yes We Can Dinner on Sunday, April 2. END_OF_DOCUMENT_TOKEN_TO_BE_REPLACED

Boston band Funeral Advantage is Tyler Kershaw. And Tyler Kershaw had a fun childhood, so it seems. END_OF_DOCUMENT_TOKEN_TO_BE_REPLACED

Perry put me on to daephne and the album blew my mind. END_OF_DOCUMENT_TOKEN_TO_BE_REPLACED

While many have called out Davis since a video of her refusing to issue a marriage license to Rowan County residents David Moore and David Ermold went viral in July, relationship columnist and gay activist Dan Savage went a step further on MSNBC Tuesday night, saying that “this is about someone hypocritcally looking to cash in”. He added: “And she is a hypocrite.” END_OF_DOCUMENT_TOKEN_TO_BE_REPLACED