The Bandwagoner: Expanding The NHL? Try Relocating Instead 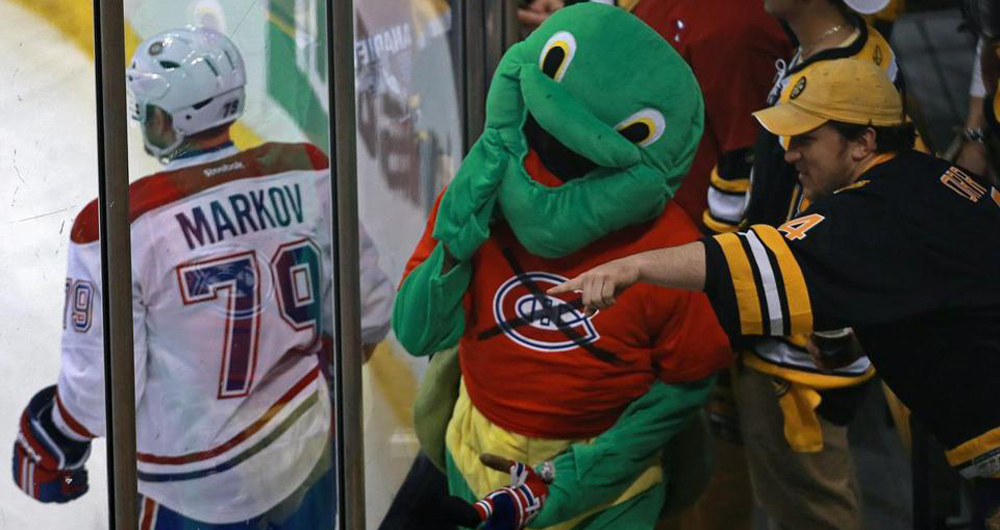 This week, we explore the problems with expanding the National Hockey League… again.

(It’s important to remember that, through all of this, Seattle still doesn’t have another NBA team yet. Thank you.)

NHL commissioner Gary Bettman* said yesterday that there was no immediate talk of NHL expansion, putting a temporary halt to one of the more exciting long-term debates of this year’s hockey season. Does this mean we actually have to focus solely on the games themselves now? Of course not! This is a sports column! We can do what we want! (Not this goal though. That’s just insane. We can’t do that.)

*If you want to know how NHL fans feel about Bettman, this is a good place to start.

See, expansion is something that the NHL loves to do. You’ll notice that the ‘90s in particular were an absolute frenzy — I’m imagining Gary Bettman and other NHL officials as intrepid explorers journeying to the South and the Pacific for the first time, with the help of a Native American guide — with nine teams in total joining in that decade alone.

Did this dilute the league at the time? Absolutely. But after more than a decade of growing pains, we’ve had — gasp — some parity seep back into the best hockey league in the world. Naturally, this is the perfect time for Bettman to expand again and have a weaker league as a result. Thanks, Gary. You never fail us.

It’s been an antsy couple of years anyway — the league altered the divisions before the beginning of last season. Unlike some, I’m actually a fan of this particular realignment, even if it places too much weight on division standings in regard to playoff seeding. Detroit is finally in the Eastern Conference, for example, and the name “Metropolitan” is quirky enough to work as a division (or a new NHL fashion line.) But it’s easy to see that the new divisions would welcome the probable expansion cities — Quebec, Seattle, Vegas and Toronto — better than the old ones.

But the cities that the NHL has considered for expansion really don’t make a whole lot of sense. (You’ll notice a paragraph that mentions quite a few Canadian alternatives to some of those cities. We’ll get to that.) Vegas has a fair share of problems beyond the gambling implications and lower population. Seattle needs an NBA team first, because I still believe in the concept of justice*.

*In this case, a jail sentence for Clay Bennett, owner of the Oklahoma City Thunder and Public Enemy No. 1 on Seattle playground courts. A week-long, televised public dunk tank punishment would also suffice.

Here’s the problem, though: it’s not that expansion is necessarily right or wrong. The talent pool within the NHL is such that it could technically work, yes. But the real solution is to realign the conferences again, and risk starting World War III with our neighbors to the north.

That’s right. I’m talking about making the NHL into a Canada vs. USA league, as detailed in this. (You can read that original Simmons — Gladwell exchange here towards the bottom of the page.)

Of course, my first thought is something like, “Dammit Malcolm Gladwell, get out of my life, you’re everywhere at this point,” as I sweep my multiple copies of “The Tipping Point” off my desk. But let’s revisit, again, how awesome this idea would be. If we can condense the teams to something like 14 per conference and relocate some of the still-struggling teams currently in the Pacific and Central divisions (looking at you, Columbus) to Canadian metropolitan areas, we would have a Canada — U.S. battle for the Stanley Freaking Cup every year.

Isn’t this a better alternative to expansion? This attitude doesn’t even apply to just the NHL, either. As the NFL looks to Los Angeles and — god forbid — London, and the NBA also looks to Las Vegas and Seattle, they forget that expansion can recklessly dilute the league’s talent pool, and make for a worse product for the fans.

Imagine a condensed hockey league where the fourth lines* have legitimate skill players (which may help cut down on fighting, something that the league will be pressured into doing, regardless of your personal feelings). Imagine Canada tearing itself apart in the early rounds of our new NHL Maple Syrup N’ Apple Pie Playoff Series™, before regrouping and becoming the most overbearing soccer mom crowd ever for the finalist. Imagine the national anthems for each Stanley Cup game becoming more and more ornate as the series goes on — can our stable of monster trucks revving their engines to “The Star Spangled Banner” top a procession of Mounties dancing to Justin Bieber’s “Baby”?** Imagine the Olympic hysteria of 2010 happening every single year for the rest of time, until a late P.K. Subban hit on Brad Marchand causes Lexington and Concord to reenter the history books. 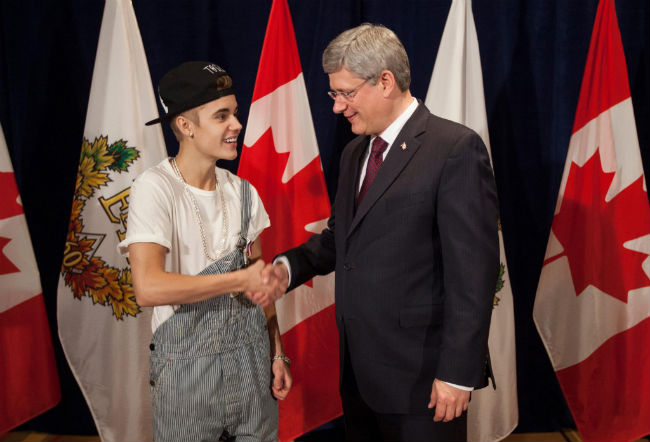 *Hockey teams use four lines, or lineups, and substitute them in and out freely over the course of the game to give players rest and exploit matchups. Today, teams’ fourth lines are usually reserved for enforcers and unskilled players — which paradoxically are the reasons why hockey is so much fun.
** The true Canadian national anthem. Don’t believe this “O Canada” bullshit.

If we could do it — which is impossible at this stage in the game — wouldn’t we do it? Would this propel hockey into NFL-levels of popularity around the playoffs? Or would this just be the “Tipping Point” to World War III?

Either way, the NHL’s going to screw it up. Let’s just try to enjoy the current league while we can.

The Black and Gold continue their run tonight at TD Garden. END_OF_DOCUMENT_TOKEN_TO_BE_REPLACED

Who will make the Class of 2018? END_OF_DOCUMENT_TOKEN_TO_BE_REPLACED

It’s been awhile since we talked Black and Gold. END_OF_DOCUMENT_TOKEN_TO_BE_REPLACED

You’re going to wish you were in the Northern Alps. END_OF_DOCUMENT_TOKEN_TO_BE_REPLACED

END_OF_DOCUMENT_TOKEN_TO_BE_REPLACED

Bill might be “on to Tennessee,” but we’re not. END_OF_DOCUMENT_TOKEN_TO_BE_REPLACED