The 90s super group that never was 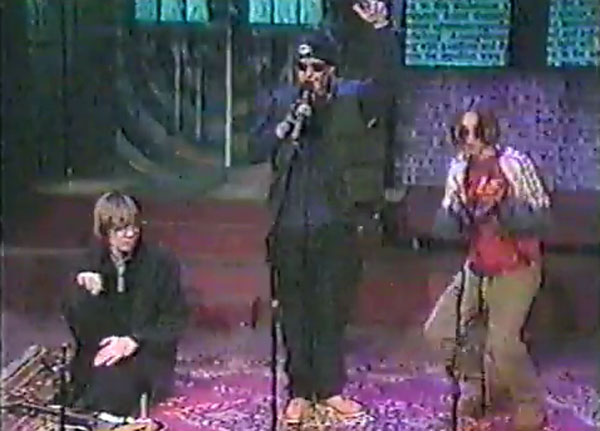 You likely remember Temple Of The Dog, Mad Season, Audioslave, and Velvet Revolver. But unless you were up late one Sunday night in 1994, you probably missed this particular supergroup.

I’m sure this bit of Nineties music minutia has been written about elsewhere. Were I an actual writer or columnist, I’d put in the time and do some research on it. But I’m just a lowly online DJ, so I can get away with being lazy and relying on my memory, which can be surprisingly sharp when it comes to things of a musical nature.

Back in the Nineties, MTV played music videos. So many music videos, in fact, that the cable network had an entire two-hour block dedicated solely to up-and-coming alternative acts. The program was called 120 Minutes, and it aired Sundays from midnight to 2 a.m. I was in high school in the early Nineties, so 120 Minutes was my alt-rock barometer, defining the atmosphere of all things cool. Many a Monday morning was spent in the hall before first bell, sleepily discussing the previous night’s video offerings with my friend Tim. The likes of Sunny Day Real Estate, Seaweed, and Afghan Whigs became part of our musical vernacular and still provide points of contact for us 20 years later.

One Monday morning stands out, however.

It was the day after February vacation. Our classmates buzzed about before school, refreshed after a week off. In contrast, Tim and I shuffled down the hall toward one another, sluggish from our late-night music video binge-watching. Our bleary eyes met, lit up, and one of us blurted out: “Did you see that shit last night?!”

The segment starts with Thurston Moore of Sonic Youth playing host and plugging his band’s latest video offerings. Moore then presides over a predictably goofy interview segment featuring Mike D from the Beastie Boys and Beck. Then, the three jam out.

A supergroup? Sure, but just for a fuzzy, late-night moment in time. Perhaps, though, the time is now for this particular supergroup to reunite. Tell me you wouldn’t drop a couple of bucks on a Beck/Mike D/Thurston Moore Record Store Day ep.

I know I would. My friend Tim would, too.

Enter to win tickets to see Trio Da Kali at The Villa Victoria Center of the Arts (Newton, MA) on April 10th. END_OF_DOCUMENT_TOKEN_TO_BE_REPLACED

END_OF_DOCUMENT_TOKEN_TO_BE_REPLACED

Enter to win tickets to Rhye at The Paradise on February 28th. END_OF_DOCUMENT_TOKEN_TO_BE_REPLACED

Click here to see where we’ll be the rest of the season! END_OF_DOCUMENT_TOKEN_TO_BE_REPLACED

END_OF_DOCUMENT_TOKEN_TO_BE_REPLACED

Enter to win a pair of tickets to attend The Hess Collection Seminar and Dinner as part of Boston Wine Festival 2018 at the Boston Harbor Hotel on Wednesday, March 14th. END_OF_DOCUMENT_TOKEN_TO_BE_REPLACED

The Black and Gold continue their run tonight at TD Garden. END_OF_DOCUMENT_TOKEN_TO_BE_REPLACED

Her new album has been pushed back, but we have Kimbra’s new single for you. END_OF_DOCUMENT_TOKEN_TO_BE_REPLACED