The 9 Stages of Binge Watching ‘House of Cards’ 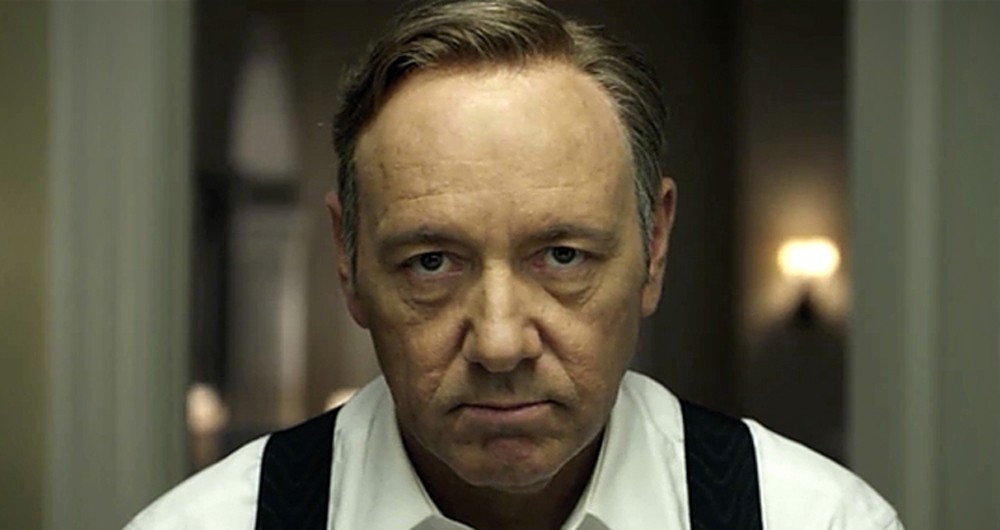 The third season of Netflix’s House of Cards was released this past weekend, which means binge watchers across the country were glued to the couch for 13 straight hours.

If you attempted this insane crusade like me, then you know that each twist and turn that this show takes puts you on a rollercoaster ride of emotions.

Here are the 9 stages of binge watching House of Cards season 3:

It’s been a year since we last saw Frank, Claire and the rest of the gang – but there’s no need to get too excited. Three knuckle taps on a desk is all you should need in order to get pumped up to binge watch another season. Plus, what would President Underwood think if you let your emotions get out of control?

Who are you kidding  You’re as giddy as Carlton listening to Tom Jones in a Christmas sweater.

Only a few episodes in and the political backhanding is already taking a toll on you. How can you keep rooting for such a corrupt character like Frank when he’s doing all these awful things? How many reporters have to get pushed in front of subway trains before you root against this guy? HOW MANY?!?

Wait, what just happened? No… he did… There’s no way. As Frank’s plan unfolds, sometimes, the surprises are just too good not to enjoy.

After a while though, the high-stakes drama, breaking the fourth wall, and constant backstabbing wears you down. That could also be the fact that you decided to watch another episode instead of finally getting out of bed for the day, but whatever.

You’ve got your second wind (thanks Foodler!), but still haven’t even changed out of your clothes yet. Your roommates don’t want to say it, but you’ve gone nose blind and should probably shower too. You can always do that after another episode though… or two.

You have work in the morning and should probably get to bed at this point. But how is it all going to end? You know you have to finish it. If only you didn’t need sleep to survive.

13 episodes worth of foreign crises, backdoor dealings, and the occasional unexpected murder – it all seem to be coming together. After the last credits roll, you can’t help but be in awe at how beautifully the season played out.

Unfortunately, you can’t wait for more. You should probably go to bed, but all you want to do is watch more House of Cards. How can you possibly survive a year without it?

Always a pleasure to have Boston.com’s Perry Eaton in studio for a chat. After we talked a bit about Pearl Jam at Fenway and Perry’s new podcast, he filled us in on Game of Thrones live and Narragansett’s new Bananagrams-themed brew. END_OF_DOCUMENT_TOKEN_TO_BE_REPLACED

No, not from afar, from the comfort of her couch. From the actual awards themselves. That’s where Meredith Goldstein was for the Oscars. She shared all the juicy, first-hand details with me. END_OF_DOCUMENT_TOKEN_TO_BE_REPLACED

It was wonderful having our good friend Meredith Goldstein back in studio this morning. She dug into the latest edition of Love Letters, which prompted us to play this song. And of course we had to discuss the Oscars. Make sure you’re following Meredith on Twitter, as she’ll be live-tweeting the awards this Sunday night. END_OF_DOCUMENT_TOKEN_TO_BE_REPLACED

Our first edition of TV Sets for 2016 might be better than every edition from 2015. END_OF_DOCUMENT_TOKEN_TO_BE_REPLACED