The 5 best places to watch Head of the Charles 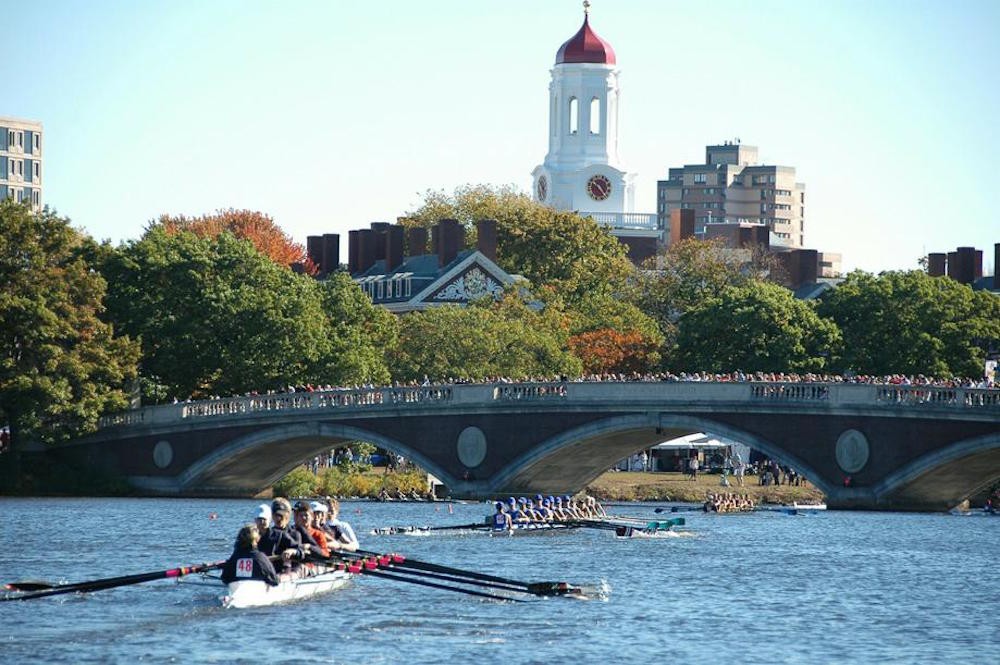 Each year during the Head of the Charles Regatta, the banks of the Charles river become home to vendors, events, and festivities that appeal to the race’s 400,000 spectators. People pack into Cambridge to watch the races and enjoy the seemingly endless food and merchandise found along the water.

When it comes to enjoying the race, some spots are better than others.

If you’re headed to HOCR51 this weekend and are indecisive about where to go while you’re there, check out these events and venues in advance to find the best place to spend your time during the Regatta.

With tents, food, and a beer garden available alongside the water, the Reunion Village on the Boston side of the Charles is the HOCR’s version of a tailgate.

The benefits: Semi-exclusive access to riverside seating. While it is a venue that’s only available to ticket holders, tickets are available to everyone and they aren’t very pricey. Still, there will be less elbowing and wedging in Reunion Village than there would be in a non-restrictive, free-for-all edge of the bank.

Potential downsides: Beer vendor + enthusiastic crowd-goers = potential for rowdiness. Crew is generally a gentlemen’s sport, but, you know. Each sport has its superfans.

The bridges that usually allow pedestrians to get from one side of the Charles river to the other are clogged up during the Head of the Charles as folks pack in to get a bird’s eye view of the event.

The benefits: It’s free, and it’s the best view you can get. Not only is it close to the water, it’s also elevated (you know, as bridges tends to be). This makes for an excellent vantage point that allows you the watch the full race in all its glory.

Potential downsides: Be prepared to get packed in like a sardine. These spots are highly coveted, and everyone’s going to be chomping at the bit to stand there with you.

If the premise of a rowing competition wasn’t bougie enough for you, the Eliot Bridge Enclosure is your opportunity to step it up a notch. This high-class hospitality tent gives you a stellar view of the race while feeding you like a king and/or queen.

The benefits: Three gourmet meals per day, come-and-go access to the tent, and a cash bar you can hit up once you’ve used your two complimentary drink vouchers. Plus the general, overall feeling that you’re New England royalty. Will you run into a Kennedy? Maybe. It’s not out of the question.

Potential downsides: Other than the toll it will take on your wallet, probably none.

The Head of the Charles’s official website claims that this is the best place to watch the Regatta. Local companies, vendors, and restaurants set up tents along the river making for a festival-style scene you can enjoy during lulls in the race.

The benefits: The Weld Exhibition has all the liveliness and bustle of standing on the bridges without the downside of being squeezed into as tight a space. There’s plenty of places to grab food that won’t cost an arm and a leg, à la Elliot Bridge enclosure, and the exhibition is held right beside the river, so you can watch the Regatta the whole time.

The cost: None. Come one, come all. (Though you’ll need money if you want to buy food and merchandise as you walk around.)

Potential downsides: Anything free means the possibility of overcrowding. And unlike Reunion Village, it’s doubtful you’ll be able to find a place to sit along the bank.

#5: The Rowing and Fitness Expo

If you’re looking to nab a HOCR51 Brooks Brother’s jacket, this is where you want to be. The Rowing and Fitness Expo is the Head of the Charles’s merchandise hub.

The benefits: You can go shopping for your prototypical New England fall wardrobe on the edge of the Charles river while watching nationally ranked rowers duke it out for a title. And then you can tell people about it, and they’ll think you’re lying, because it sounds too cliché to be true.

The cost: It’s free to get into the area, but it’ll cost you a pretty penny to buy merch from any of the high-priced vendors that set up there.

Potential downsides: Amidst the hubbub of the merchandise shopping frenzy, it may be hard to focus on the Regatta. Unlike most other venues, there isn’t a place to get race updates, and the tents take up most of the bank–you won’t have many places to park yourself.

The 51st Head of the Charles will take place on Saturday, October 17th, and Sunday, October 18th. For more info, visit www.hocr.org.