The 10 Best Guest Stars on ‘Louie’ 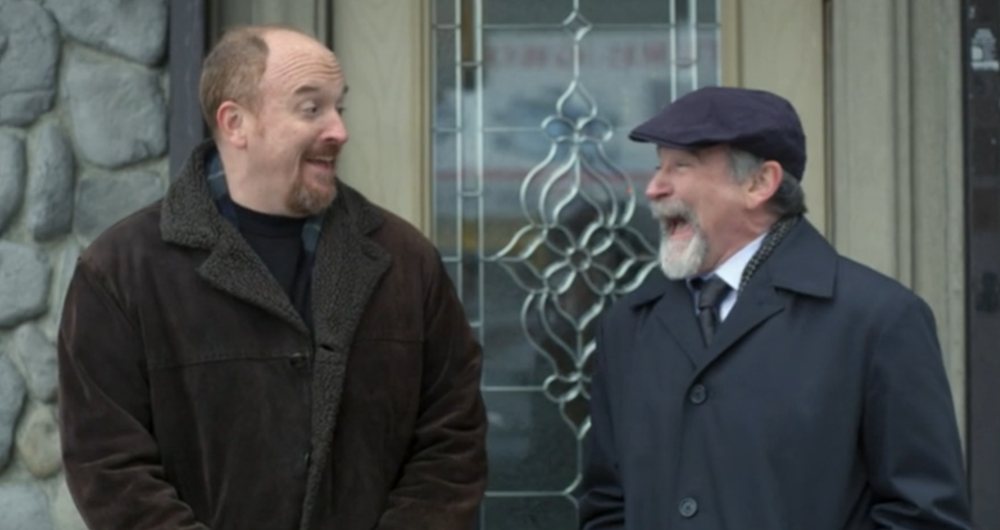 Tonight, FX’s Louie will be entering its fifth season, though it’s almost hard to believe that a show so unique and idiosyncratic has managed to survive this long. Yet here we are (all for the better, mind you).

With Louis C.K. starring, writing, directing, and editing, at times you get the sense that every episode is spilling forth from the comedian’s head. But here are the recurring characters along the way like Pamela Adlon as his “love interest” or comedians such as Chris Rock, Sarah Silverman, Todd Barry, and more as themselves. Aside from those semi-regulars, there’s also a wide variety of notable guest stars have entered the world of Louie and managed to leave quite an impression. Here are the most memorable.

The always wonderful Parker Posey begins her role as Liz as a charming, beautiful bookstore worker, immediately capturing Louie’s eye and attention (particularly after she recommends some books for his daughters). In the next episode, however, she uses the role to deconstruct the idea of the Manic Pixie Dream Girl, simultaneously taking the character and Louie into far darker places. Posey manages to break down ideas of male fantasy while also painting a riveting portrait of a flawed woman.

Supposedly, Louis C.K. tried to get other famous directors like Martin Scorsese and Woody Allen to play this role, but David Lynch feels like a match made in heaven. As Jack Dall, the producer tasked with training Louie for late night television, Lynch is no-bullshit, perfectly curt, and relishes in his lines with his bizarre, nasally tone.

Melissa Leo won an Emmy for her wonderful guest turn in this episode as an older single woman who gets set up with Louie. While they are, at first, both reluctant, they end up hitting it off after escaping an ill-advised dinner party. But when Louie refuses to sexually “return the favor,” things take a darkly comic turn. She becomes the aggressor and smashes Louie’s head into the window before forcing him to go down on her, relishing in the whole thing. Don’t worry, though: by the end, they make plans to see each other again.

As herself, Joan Rivers (in a episode titled in her honor) gives Louie a lesson in working in comedy. She’s as funny and biting as she always was, but here, she also gets to play the role of the wise comedic matriarch. Eventually, Louie goes in for a kiss, and she scolds him… at first. She then gives way and leads him into her hotel bedroom, telling him to keep his mouth shut about it because, “Nobody likes a necrophiliac.” 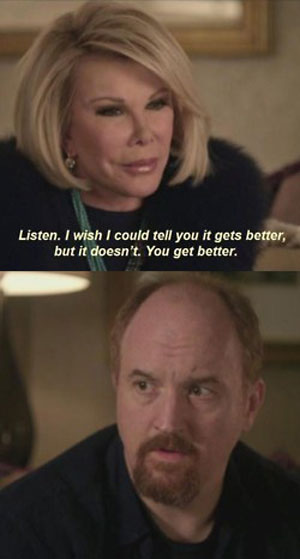 In her role as Vanessa and through her brief relationship with Louie, Sarah Baker raises questions about the ways men view women, portrays feelings about being overweight, and ends up promoting self-love. She’s a charming and quick-witted waitress at the Comedy Cellar, and Louie seems to like her, but he can’t seem to get over the fact that she’s overweight. But it never comes off as too “preachy,” mainly thanks to Sarah Baker’s performance, which is fully-formed and brilliantly human.

F. Murray Abraham is something of a jack-of-all-trades in the universe of the show, appearing once a season (except the first) in a different role. From a NJ swinger to Louie’s uncle to Louie’s father, he manages to make each of the roles distinct and wholly his own in a matter of minutes. His continued presence also creates surreal connections and lines (or lack thereof) between seasons. 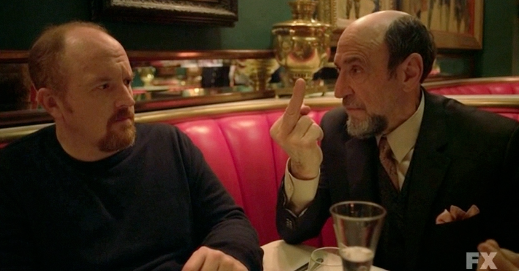 For a while there, Charles Grodin was doing very little acting, taking his time to pursue other interests. But he seems to be having something of a “comeback” at the moment, though I use that term loosely. His various appearances throughout season four as Doctor Bigelow, Louie’s neighbor, were memorable for his bizarre, off-kilter, yet wise and direct, philosophizing. Choice quote: “Misery is wasted on the miserable.”

Ricky Gervais’s guest turn as Louie’s friend and (inappropriate) doctor is most memorable simply for how funny it is. Gervais takes every chance he can get to pick Louie apart and insult him in one way or another. Highlight: he calls the nurse in to confirm what he has said about Louie having the ugliest penis he has ever seen. The way Gervais cackles reflects the strange, sadistic joy he gets in seeing Louie victimized.

Tom Noonan is one of those great character actors that everyone seems to recognize but maybe can’t quite place where they’ve seen him. In this episode, he plays the brief role of a doctor who describes the crucifixion of Jesus in gruesome detail to a young Louie and his classmates as a means of “teaching” them. It’s the most disturbing moment in a series that usually deals in laughter. 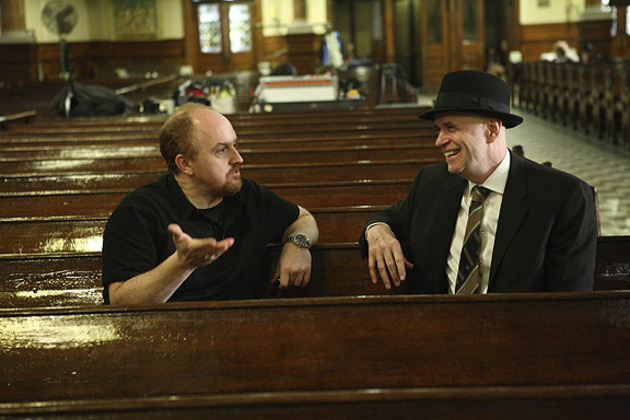 In one of his last truly memorable roles, Robin Williams ended up playing a version of himself. He and Louie are the only two people to show up to the funeral of a horrible comedy club manager. While the segment plays with death for laughs, it ends up being a strange meditation on mourning. In retrospect, when Robin and Louie talk about attending one another’s funerals, it feels like a melancholy omen.