Ted Cruz Stopped Listening to Rock After 9/11, We Attempt to Understand Why 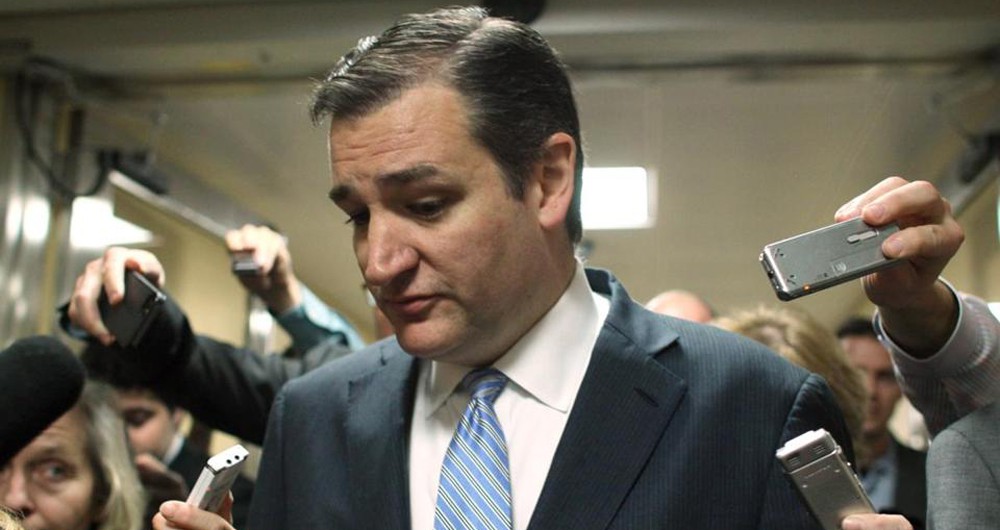 It has been a busy week for Republican Senator Ted Cruz, most notably for throwing his hat in for the 2016 Presidential race. As is expected, the scrutiny began almost immediately, with many people quick to point out Cruz’s website snafu among other things. One odd tidbit that has come to light, however, is Cruz’s taste in music, and how it changed after September 11, 2001.

On Tuesday’s CBS This Morning, the senator explained the evolution of his musical palate.

“I actually intellectually find this very curious, but on 9/11, I didn’t like how rock music responded,” he said. “And country music, collectively, the way they responded, it resonated with me.”

We can’t decide what could have swayed the senator to think differently after 9/11, so we consulted some music experts. RadioBDC’s Adam 12 has been working in music radio since the ’90s, and was happy to lend us his perspective on the musical shift that could have turned Ted Cruz into a little more country and a little less rock ‘n’ roll.

“I was working for Clear Channel Communications in 2001, and was privy to the infamous ‘list of banned songs‘ that corporate programming circulated after 9/11,” he says. “A great deal of those songs that Clear Channel suggested we stop playing were in fact rock songs, but I doubt that’s what soured Cruz on rock music.”

So what made Cruz shake his studded belt and leather jacket? “When we take a look at the last few months of 2001, we start to see a pattern of rock mediocrity.” Says Adam12.

In order to get a better perspective on what he was referring to, we asked Adam to make us a quick playlist (note: Adam12 is a good friend and co-worker).

“A middling rap-rock band covering a middling hit from the King of Pop was the number one modern rock song in the country when the Twin Towers fell. And it stayed there for a week after.”

Nickleback – “How You Remind Me”

“The ‘Back’s first legit hit knocked the Ants from No. 1 in late September and stayed there through mid-December. That means a nation in mourning was getting this dreck jammed in their earholes five or more times a day on virtually every rock-formatted radio station for about ten straight weeks.”

“As a rock fan in the late ’90s, it was tough to weather the storm of nu-metal bands cropping up everywhere. When they started writing ballads in the early ’00s, it was downright insufferable.”

“Another chart-topping rock track from late 2001. The only worse rock band of this era is Godsmack, who, out of respect to your eyes and ears, I will not post here.”

Enter to win tickets to see Trio Da Kali at The Villa Victoria Center of the Arts (Newton, MA) on April 10th. END_OF_DOCUMENT_TOKEN_TO_BE_REPLACED

END_OF_DOCUMENT_TOKEN_TO_BE_REPLACED

Enter to win tickets to Rhye at The Paradise on February 28th. END_OF_DOCUMENT_TOKEN_TO_BE_REPLACED

Click here to see where we’ll be the rest of the season! END_OF_DOCUMENT_TOKEN_TO_BE_REPLACED

END_OF_DOCUMENT_TOKEN_TO_BE_REPLACED

Enter to win a pair of tickets to attend The Hess Collection Seminar and Dinner as part of Boston Wine Festival 2018 at the Boston Harbor Hotel on Wednesday, March 14th. END_OF_DOCUMENT_TOKEN_TO_BE_REPLACED

The Black and Gold continue their run tonight at TD Garden. END_OF_DOCUMENT_TOKEN_TO_BE_REPLACED

Her new album has been pushed back, but we have Kimbra’s new single for you. END_OF_DOCUMENT_TOKEN_TO_BE_REPLACED