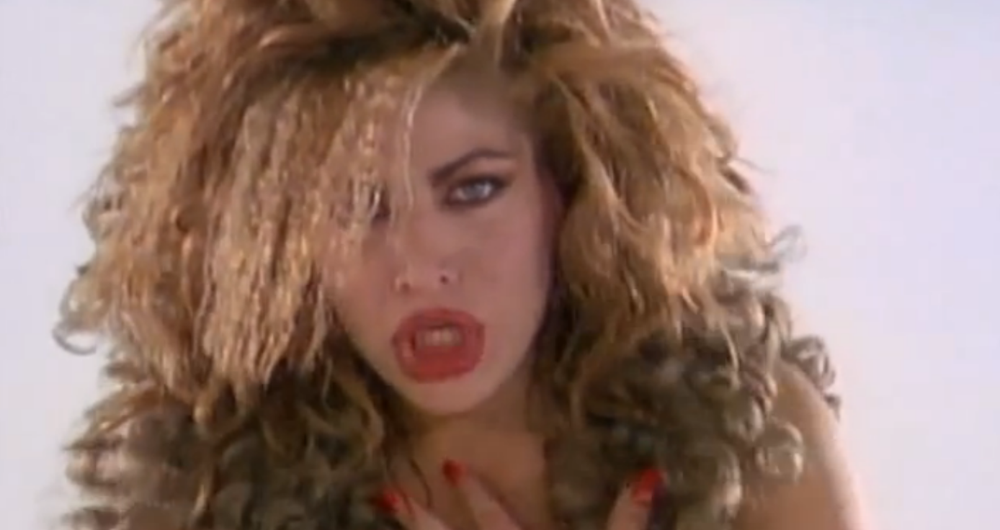 Well, well, well. Fire up the Instagram and dust off the timeworn photos of your semi-charmed childhood.

So it seemed like an apropos time to give a snap bracelet salute to Taylor Dayne, the pop singer whose late ‘80s and early ‘90s hits were the soundtrack to several choreographed dances you performed for your parents’ first camcorder: think “Tell it to My Heart,” “Prove Your Love,” and “With Every Beat of My Heart,” among a string of top 10 singles. (Then there was “Love Will Lead You Back,” the chart-topper your older sister slow-danced to at prom.)

On Saturday, August 2, Dayne will perform at the Saint Agrippina feast in the North End, part of an extended four-day series of events celebrating its 100th year. It’s sort of an appropriate arena for her. Dayne discovered a passion for cooking since competing in the debut season of the Food Network show “Rachael vs. Guy: Celebrity Cook-Off,” and she told us her next major project is a reality show she’s developed that “combines the best of the worlds of food and music.” Intrigued.

Not that she’s been quiet on the music front since the era of Pocket Rockers. Nostalgia aside, Dayne can SAAAAANG. Since the halcyon pop days cooled, she’s had a number of roles in TV and live theater (like “Aida” and “Cats”) and continued to churn out club singles. Now she’s prepping a collection of re-recorded greatest hits, one peppered with a few new tracks too. (At 7 p.m. tonight, join @TheWriteStuffSK for a #TBT live-tweet listening party of her existing Greatest Hits.)

Without further ado, a few throwback-related thoughts from Taylor Dayne.

ON WHAT SHE LEARNED ABOUT BOSTONIANS after dating a local guy in recent years:

“That people are very inviting and very proud of their city.” (Also, that she likes eating at Red Lantern and Empire, and hitting Cape Cod beaches.)

ON WHETHER IT’S WEIRD WHEN GROWN HUMANS ARE LIKE, “Oh my god, I had your cassette when I was a kid!”

“It’s awesome that I can inspire that! It’s always great when someone comes up to tell you they love your music. I don’t care where the smile comes from. Just dance. Show me what you got.”

(Note: SORRY WENT TO #2 SING IT PLEASE THANKS.)

ON THE ‘80s LOOK THAT NOW MAKES HER CRINGE, even though that was the style at the time:

“Did you ever look at the video for ‘I’ll Always Love You’? I have more hair than Dolly Parton. That was probably my biggest embarrassment. It was crazy. I used to take my extensions out and say, ‘Nobody should have this many damn clips in their head.’”

ON WHY IT TOTALLY MADE SENSE that was the style at the time:

“Let me put it to you this way. Back when I did “Tell it to My Heart,” it was so important the way an artist broke out through a music video. Now, you don’t really look at a music video and go, ‘What an impact!’ Everyone looks wild and has tats; it’s not that unusual. But in the ‘80s the look had this crazy impact. So we went big all the way.”

ON HOW SELF-BRANDING changed the music biz:

“Now artists can really take it the next level in terms of how we brand ourselves. When I broke, there was nothing we were really selling using our fame. Maybe there was Doritos, Coke, Pepsi, or a sponsor for your tour. That’s it. It was even frowned upon to associate your brand with another. The hip-hop community really changed a lot of that by tying in clothing and designers. The next thing you know, people are doing Proactiv commercials. That kind of thing just wasn’t considered cool or fashionable then. Now? If you give me money, damn right I’ll show you my pimple!”

“Rhythm Nation” for the pre-pubescent set. This was back when the adult world couldn’t hold us down, because we had LASERS ON OUR SIDE. (Plus a tie-in fragrance, to stay fresh during hormonal changes!)
Because in the late ‘80s, “Florida” was a genre.
If #RKOI had existed in like, 1989, it would have been a bunch of kids in footie pajamas showing off that their house had HBO. Always on: That one Madonna movie with the cartoon intro and #1 hit that no one remembers.
If you watched that movie “CrazySexyCool: The TLC Story” on VH1 last fall, you might remember Pebbles as the manager who (allegedly!) ripped the girls off and left them bankrupt. If you didn’t watch it, who are you and can we even be friends anymore?
Back in the day, “from the soundtrack to the hot new Jon Cryer movie!” really meant something, yo.
WHOA. Not school appropriate. Save it for humping your hairbrush in your bedroom, missy.