Taiwan Looks to Set Fines For Texting While Walking 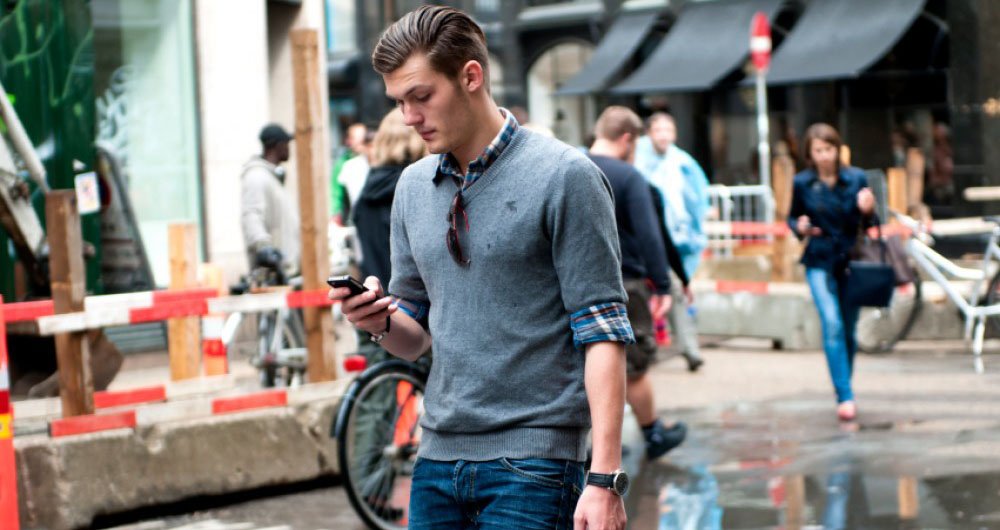 Some sure-fire signs that you have a smartphone addiction: being so engrossed in your totally awesome new app that you miss your T-stop and end up riding the train five extra stops; you flat-tire the old lady walking in front of you because you simply can’t peel your eyes away from your iPhone screen for more than a second; you’ve had a couple close calls where the reckless cab speeding down the street almost takes you out as you aimlessly cross the street while frantically texting.

Sure, you can apologize to the helpless old woman who is now nursing her fragile ankle and trying to slip her shoe back on, but there’s no going back when that cab actually plows you down because sending that email was more important than looking both ways before you crossed the street. And in an attempt to make crossing the street a little safer, The Raw Story reports that Taiwanese lawmakers are proposing fines against pedestrians who cross the street while “distracted” by their mobile phones. The proposed law will fine any pedestrian deemed “distracted” $10 for each offense.

We get it, no one wants to see a person get mauled down by a car as they step off the sidewalk while “distracted” by something so trivial as their Twitter feed, but fines for using your phone? And not even a significant fine either, a measly $10; a pittance compared to the amount of tax dollars that will be used to implement the law. Which sparks another question, how would they even go about implementing such a law? Will there be smartphone patrollers on the corner of every major intersection handing out $10 tickets? It all seems a little too good in theory/poor in execution. But what do we know? We would likely be the ones getting fined all the time anyway.

Chef David Vargas, Owner of Vida Cantina in Portsmouth, NH is hosting a one-time-only event that he created to raise money for foundations supporting immigrant workers and their families. He joined me in studio with Chef Daniel Bojorquez of La Brasa in Somerville to talk about Si Se Puede – Yes We Can Dinner on Sunday, April 2. END_OF_DOCUMENT_TOKEN_TO_BE_REPLACED

This should never have happened. END_OF_DOCUMENT_TOKEN_TO_BE_REPLACED

I spend far too much time on Twitter. Here’s a handful of posts from last year that I found to be entertaining on one level or another. Enjoy. END_OF_DOCUMENT_TOKEN_TO_BE_REPLACED

Apologies in advance for burying this in your skull forever. END_OF_DOCUMENT_TOKEN_TO_BE_REPLACED

If you like cover songs, you’re gonna love this. And by love, we mean probably hate. END_OF_DOCUMENT_TOKEN_TO_BE_REPLACED

Whether you celebrate the unofficial beginning of summer on Memorial Day weekend, or Meteorological Summer on June 1, or the Summer Solstice, make no mistake: summer is here. END_OF_DOCUMENT_TOKEN_TO_BE_REPLACED

The nu-metal mainstays have covered the unlikeliest of songs. END_OF_DOCUMENT_TOKEN_TO_BE_REPLACED