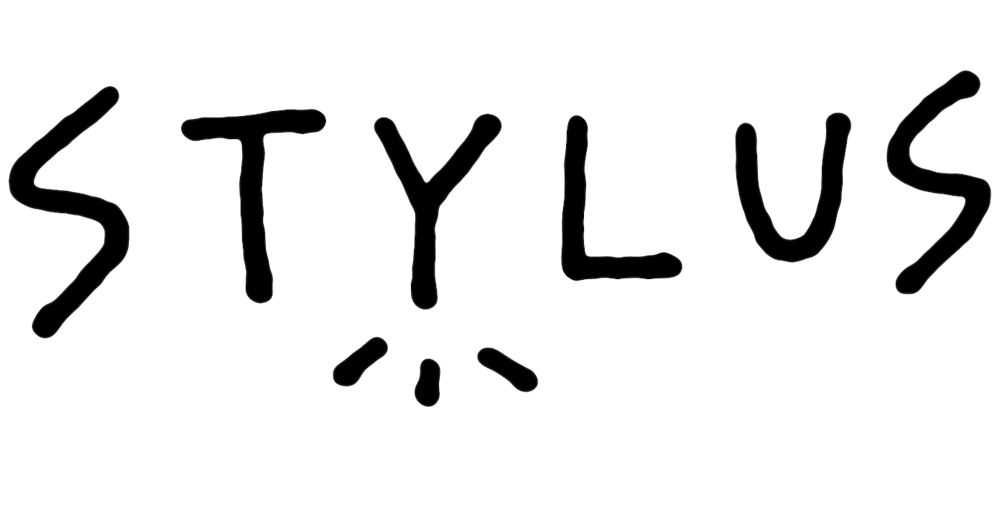 Two young men ask a single question: What is silence?

Then: the sound of the needle on a record. The voice of Christopher Ricks, music historian. He catalogues, quoting novelist and anarchist philosopher Paul Goodman, the different kinds of silence. In the next hour, listeners will explore a man’s search for a silence that doesn’t exist even in the quietest place on earth, the spiritual silence experienced by a Trappist monk, the importance of the silences between the music, and ore.

This is an aural search for truth. This is “Stylus.”

“Stylus” is the umbrella under which Zack Ezor and Conor Gillies produce radio and podcast segments about the history, science, and culture of sound. The two met while working in WBUR’s Membership Department, Gillies as a work study student and Ezor as a new employee to the station.

“It all started organically,” says Ezor, though they both use that word to describe their serendipitous pairing. They began sharing links to articles and videos about sound. Gillies, who was a senior in the History Department at Boston University when they started working on Stylus, had taken an academic interest in the topic; his senior thesis focused on composers Erik Satie and John Cage, ambient music, and a comparison of the sounds of early 20th century Paris to 1960s New York.

“I’d been studying John Cage at school, and he is most well known for his silence piece,” says Gillies, referring to “4:33,” a four minute and 33 second composition that contains no musical notes. After their first proposal to WBUR’s iLab fellowship was turned down, they decided to resubmit their proposal with an hour-long pilot on the subject of silence.

“That’s when we learned that there are so many different sides to this thing. The silence you find at the top of a mountain versus the spiritual silence of a Trappist monk,” says Gillies. “No one can really agree on a definition. And that’s the point of the show.”

Their pilot episode was awarded the fellowship last fall. Since then, they’ve touched on a variety of subjects, making the world of sound seem like a chartable landscape. In their latest installments, the Sound of Science Fiction, they seek the origin of the beep-boops of other dimensions.

“It’s rooted in technology, often times, but it’s the creation of a sonic pallet for things that that, to our knowledge, do not exist,” says Ezor. He spreads out his hands, letting them hover just a few inches above the table. “If you were to ask someone what a flying saucer sounds like, they’ll say, ‘Well it sounds like, wom-wom-wom-wom-wom-wom,’” he says, mimicking with his voice and hands the pulsating rhythm that we recognize as the sound of a UFO. “Unless you’ve had an encounter—which I’m not doubting that people have—you don’t know what that sounds like. It’s the sound of people’s imagination.”

Since February, Gillies and Ezor have been rolling out content on the Stylus Tumblr in three main blocks: “Seeing and Illustrating Music,” “Sounds of the Earth,” and “Sounds of Science Fiction.” Each segment is presented without narrator, something that is unique in the radio world. Except for some giggles and expressions of wonder, Gillies and Ezor are almost entirely absent from the audio.

“I think it’s an aesthetic choice,” says Gillies. “We liked the idea of not having someone explain or moderate between guests. The cool thing about sound is that you can let the music speak for itself.”

As the three-month fellowship draws to a close, it’s unclear what will happen to Stylus. Their goal is to get it ready for radio play, but regardless of its fate, Gillies and Ezor intend to continue their sonic study. World War I and the sounds of the trenches are among their next projects. For now, we’ll just have to see what they think of next.

Enter to win tickets to see Trio Da Kali at The Villa Victoria Center of the Arts (Newton, MA) on April 10th. END_OF_DOCUMENT_TOKEN_TO_BE_REPLACED

END_OF_DOCUMENT_TOKEN_TO_BE_REPLACED

Enter to win tickets to Rhye at The Paradise on February 28th. END_OF_DOCUMENT_TOKEN_TO_BE_REPLACED

Her new album has been pushed back, but we have Kimbra’s new single for you. END_OF_DOCUMENT_TOKEN_TO_BE_REPLACED

The folk duo returns with a new record this week. END_OF_DOCUMENT_TOKEN_TO_BE_REPLACED

Now that we’re done looking back at 2017, let’s look ahead at 2018. END_OF_DOCUMENT_TOKEN_TO_BE_REPLACED

Our first Song of the Week for 2018. END_OF_DOCUMENT_TOKEN_TO_BE_REPLACED