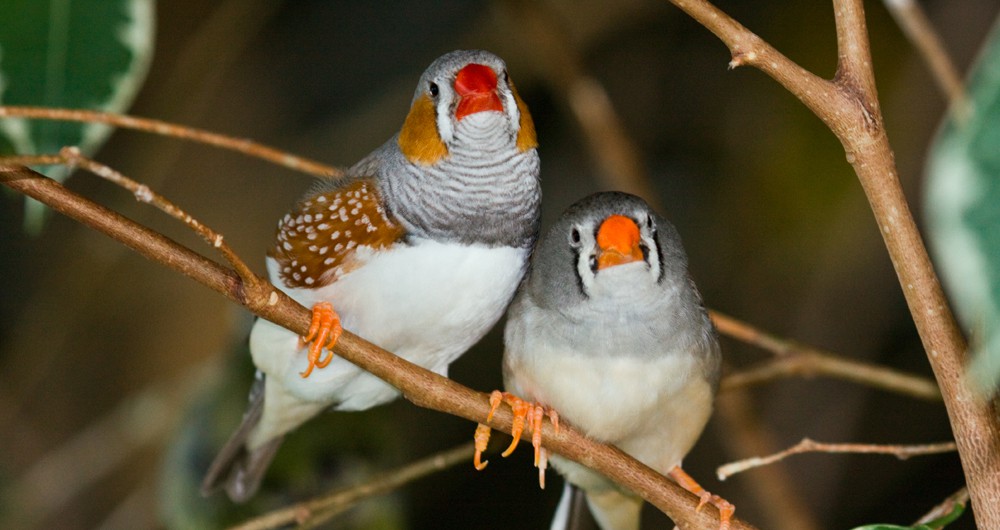 As any karaoke regular could tell you, or Courtney Love for that matter, singing while drunk likely doesn’t yield the same accuracy as signing purely under the influence of soul. While humans may be the only creatures who recreationally get intoxicated, it doesn’t mean that other animals can’t get a little tipsy now and then and let out some strange noises.

Researchers from the Oregon Health and Science University published a study last week in PLOS ONE, in which they fed zebra finches an alcohol-spiked juice to hear what their birdsongs would sound like under the influence. This wasn’t simply an experiment to see how birds hold their liquor though. Researchers were slooking for more information on human speech.

Birds learn how to sing very similarly to how humans learn how to talk– a recent study showing that the two are linked to the same genes. Studying human speech that has been impaired by alcohol has always been a difficult task for scientists because there are very few animals that have a comparable vocal capability. Luckily, these birds had no problem slurping down some alcohol to the point of a .08 BAC. For the sake of science, of course.

“The most pronounced effects were decreased amplitude and increased entropy,” the researchers wrote in the study. As The Washington Post points out, this means (in real people terms) that the songs go quieter and more jumbled.

Researches were able to find, however, that specific parts of the birdsongs were more greatly affected than others. Much like human speech is structured in a particular way, birds sing in very defined syllables. With the results showing that different syllables were impaired more than others, scientists think this might mean that alcohol affects certain parts of the birds’ brain circuitry. This is just the beginning of a new light into the world of drunk birds. Hopefully this will not mean we will be awoken on beautiful Spring mornings to some avian bro crooning “Don’t Stop Believing” after a long night out of the nest.

Enter to win a pair of tickets to attend The Hess Collection Seminar and Dinner as part of Boston Wine Festival 2018 at the Boston Harbor Hotel on Wednesday, March 14th. END_OF_DOCUMENT_TOKEN_TO_BE_REPLACED

This year, the festival is welcoming more female wine producers than ever before, making up 20% of all winemakers that will be at the festival. END_OF_DOCUMENT_TOKEN_TO_BE_REPLACED

The holidays are here, so raise a glass. END_OF_DOCUMENT_TOKEN_TO_BE_REPLACED

‘Tis the season to mix a nice, stiff drink. END_OF_DOCUMENT_TOKEN_TO_BE_REPLACED

Warm up with Tito’s on your sweater and Tito’s in your glass. END_OF_DOCUMENT_TOKEN_TO_BE_REPLACED

There’s a ton going on at Idle Hands in Malden this spring. Dan McDonnell and Josh Deering joined me in studio to talk about Maifest, what’s new in the Taproom, and their collaboration with The Black Ale Project. Oh, and don’t miss Idle Hands at BeerAdvocate’s Microbrew Invitational next month! END_OF_DOCUMENT_TOKEN_TO_BE_REPLACED

Giovanna Guzman is the marketing coordinator at Kings Bowl, who you can visit in the Back Bay, Burlington, Lynnfield, Dedham, and soon in the Seaport. We talked beverages, naturally, seeing as it’s Thirsty Thursday. And we sampled sangria. And it was soooo good. END_OF_DOCUMENT_TOKEN_TO_BE_REPLACED

These five words might change your life: Farmer Willie’s Alcoholic Ginger Beer. Co-founders Nico Enriquez and Max Easton were in studio with me this morning. Nine-packs and kegs of Ginger Session coming next week! END_OF_DOCUMENT_TOKEN_TO_BE_REPLACED

Chef Avi Shemtov–he of the Chubby Chickpea and Single Guy Cookbook–was back in for a visit this morning to talk about his latest venture. TAPPED is a mobile beer catering company that specializes in on-site draft pours of both craft beers and mainstream brands. Thirsty yet? END_OF_DOCUMENT_TOKEN_TO_BE_REPLACED